Despite facing a series of challenges of late -- especially those relating to security and privacy concerns on its platform -- Facebook (NASDAQ:FB) doesn't seem to be losing steam. During the third quarter, the company's daily and monthly active users grew by 9% and 8%, respectively, and both its revenue and net income came in higher than analyst estimates. Facebook growing its user engagement while still dealing with a damaged public image is the best vote of confidence the company could have asked for.

However, Facebook's latest venture -- Facebook Pay -- will be yet another test of just how much trust users put in the social media giant.

Facebook deciding to launch a payment platform is a logical next step from a series of moves the company has made recently. Most notably, Facebook's subsidiary Instagram launched in-app checkouts to allow its users the convenience to purchase items directly from the app (as opposed to being redirected to some third-party website). In order to facilitate similar financial transactions on its other platforms, Facebook came up with Facebook Pay, a payment-processing option for users that will eventually roll out across its Messenger app, Instagram, and WhatsApp. 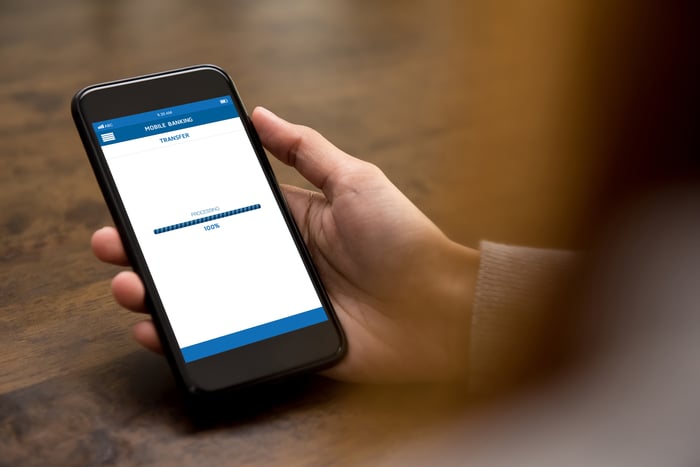 The service will allow Facebook users to enter payment credentials in one central location for use on any of the platforms. Users will have control over which apps tap into Facebook Pay. Facebook Pay will use various payment processing partners like Stripe and PayPal to handle the transactions. Facebook Pay can also be used to make purchases from certain Pages and businesses on Facebook Marketplace, the app's classifieds service that is similar to Craigslist.

The tech company's endgame is probably to make a dent in the lucrative e-commerce market. Facebook Pay will be available with a select number of businesses on the company's marketplace, and Facebook will look to add even more participating businesses as time goes by. This could be a major growth driver for the company, and it could direct even more traffic onto its platform as both businesses and consumers increasingly look to find each other on the largest social media platform in the world.

Despite the potential benefits of this new initiative, Facebook will likely still have to deal with its demons.

Will consumers jump on board?

With Facebook Pay, we're continuing to invest in security. We designed Facebook Pay to securely store and encrypt your card and bank account numbers, perform anti-fraud monitoring on our systems to detect unauthorized activity and provide notifications for account activity.

These probably aren't empty promises; the company stands to lose if it suffers from even hints of security and privacy troubles. But will Facebook users see it that way? No one knows with certainty how the public will react, but given that Facebook continues to grow its user base and engagement -- and given the convenience of this new service -- it seems likely that at least some portion of the company's audience will, perhaps grudgingly, see the value Facebook Pay offers. The payment-processing option could gain a large base of customers over time as Facebook tries to leave its security concerns behind.

Facebook is engaged in several initiatives to grow its business. These include its venture into the world of virtual reality, Facebook Dating, its project to launch a cryptocurrency called Libra, and its decision to get into the healthcare business. Facebook Pay will be another arrow in the company's quiver as it continues to expand its reach. The social media giant will likely remain one of the top players in the tech industry for many years to come.