Please ensure Javascript is enabled for purposes of website accessibility
Free Article Join Over 1 Million Premium Members And Get More In-Depth Stock Guidance and Research
By Rick Munarriz - Nov 22, 2019 at 8:00AM

Wall Street winners come in all sizes, and sometimes it helps to think small. Companies with market caps below $2 billion -- small caps -- offer plenty of upside even if they aren't large enough to be on the radar of most investors. 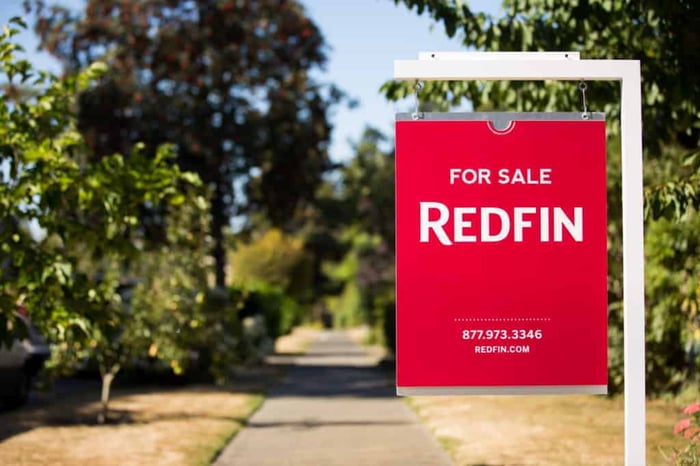 The real estate brokerage market was ripe for disruption, and Redfin is the wrecking ball. Redfin has stormed the market with a cost-saving model that leans on salaried agents instead of hungry commission-fueled closers. Redfin passes the savings on to the property buyers and sellers, slashing commissions to as low as 1% on the seller side.

If you think that real estate is a slow-growth market, try on Redfin's financial update earlier this month. Revenue soared 70% in its latest quarter, fueled by its push into new markets over the past year as well as its growing popularity in existing markets. Net income is growing even faster given the scalable nature of the model.

The third quarter wasn't a fluke. Redfin expects revenue to shoot 70% to 77% higher in the current quarter, and it's just getting started. After all, even though Redfin may already operate the most-visited brokerage site in the country, it still only accounts for less than 1% of the U.S. home sales market.

There's a market out there for consigned luxury goods, and The RealReal is the leading online marketplace that authenticates all of the high-priced wares that go through its storefront. This is a larger market than you probably think. There are 542,987 active buyers over the trailing 12 months, 43% higher than a year ago, and they're not afraid to pay up for secondhand luxury goods. The average order value was $438 in the third quarter.

Retail isn't known for having monster markups, but it's a different story when it comes to consignments. The RealReal's take rate has expanded to 36.8% of the transactions. Revenue rose 55% in its latest quarter, keeping up with 2018's full-year advance.

Things aren't always going to be rosy at The RealReal, and earlier this month, it had to counter a CNBC report claiming that some employees confided that the marketplace didn't authenticate all of its consigned goods. Trust is a pretty big deal when you promise legitimate personal luxury merchandise. The RealReal is also going to be vulnerable to the next economic slowdown. However, it feels opportunistic to pick up a leading operator of a lucrative niche marketplace operator now with its stock trading below this past summer's IPO price of $20.

Earnings season isn't over for everybody. Zuora reports financial results in two weeks, and if you believe that we're shifting to a world where subscription services are the new normal, then this is a company that merits your attention.

Zuora's cloud-based platform gives companies across various industries the ability to beef up their subscription offerings. The ability to launch, manage, or transform to a subscription-based model makes Zuora a hot date. Its dollar-based retention rate of 107% at last check shows that companies turning to Zuora's cloud-based tools stick around enough to spend more a year later.

Looking out to its next financial report in early December, analysts see a narrowing deficit on what should be its sixth consecutive quarter of decelerating growth. Expected to boost its top line by 14% makes Zuora the slowest growing of these three stocks, but this is shaping up to be a steady producer of a service that's only going to grow in demand.

1 No-Brainer Stock With 98% Upside, According to Wall Street

Why Redfin Stock Lost 17% in August

Why Shares of Redfin Fell 11% This Week