Please ensure Javascript is enabled for purposes of website accessibility
Free Article Join Over 1 Million Premium Members And Get More In-Depth Stock Guidance and Research
By Rich Duprey - Nov 22, 2019 at 9:27AM

The sporting goods retailer is putting more distance between itself and the gun industry controversy it ignited last year.

With Dick's Sporting Goods ( DKS -2.67% ) scheduled to report third-quarter earnings next week, investors will have a chance to see whether its effort at transforming itself into an all-seasons sporting goods store is panning out. It will undoubtedly still have some hangover from its decision to largely exit the hunting and shooting sports business, but the key will be whether its replacement options are paying off.

So far in 2019, they've helped lift sales and shore up profit margins, but when the results come out on Tuesday, Nov. 26, we'll still be able to see how badly Dick's shot itself in the foot last year by backing away from the hunting community. 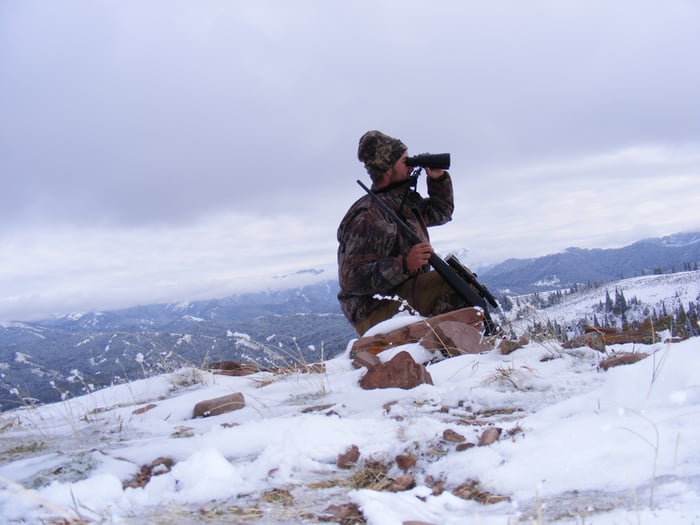 Dick's has a pretty low bar to step over in the third quarter. Net sales fell 4% last year as comparable-store sales declined by a like amount. Although it reported earnings of $0.39 per share in the year-ago period, which was better than the $0.35 it had shown previously, the gains were only due to Dick's buying back large tranches of stock. Had Dick's shares outstanding remained unchanged, results would've been flat year over year.

The sharp decline in its hunting business was the primary cause for the revenue drop. Because hunters also shopped in other parts of the store and not just exclusively in the guns department, their boycott of the retailer brought business down all over.

So Dick's began a program of culling the hunting department from its stores and replacing it with merchandise from underrepresented sports and activities that might have broader appeal. Although the gun business still cast a shadow over results -- even into the second quarter, because Dick's began liquidating merchandise from the category, thus hurting margins -- the replacement goods have been well received, and their margins are higher.

That led CEO Ed Stack to proclaim the gun industry woes were behind Dick's, allowing the retailer to "bend the sales curve" for the future.

On target for recovery

That's what we'll see when Dick's reports earnings. Third-quarter sales were not the sporting goods store's biggest -- that honor is reserved for the fourth quarter and Christmas holiday sales. But Q3 was always important because the hunting season was in full swing during the period, and as previously noted, hunters shopped throughout Dick's stores.

There are some indications that the switch of merchandise is working. Location data analytics firm Placer.ai examined foot traffic patterns at Dick's during the summer and found foot traffic spiked during the summer months, coinciding with the retailer saying new gear for baseball and women's fitness was enjoying heightened popularity.

While geolocation data analytics shop Advan Research didn't see such gains but rather saw weakness from last year's third quarter through the second quarter of 2019, it has since seen traffic begin to climb heading into the third quarter. This bodes well for Dick's and suggests it may overcome the weakness wrought by banning guns.

Dick's Sporting Goods raised its full-year guidance after the second quarter, forecasting earnings in a range of $3.30 to $3.45 per share, up from its prior outlook of $3.20 to $3.40 per share, with comps increases of low single digits.

Wall Street, though, is looking for third-quarter sales to rise 2.4% to $1.9 billion with consensus earnings of $0.37, a 5% decline from last year. That suggests Dick's will still be struggling against the headwinds of the gun industry, but the sporting goods retailer should see them diminish before vanishing altogether.