This should've been a brutal month for Netflix (NASDAQ:NFLX). The Nov. 1 launch of Apple's (NASDAQ:AAPL) premium video platform and Disney (NYSE:DIS) following suit 11 days later -- both at price points well below Netflix's -- was supposed to send its subscribers scrambling to the cheaper and shinier services.

A funny thing has happened on the way to Netflix's demise. Netflix moved higher for six consecutive trading days from two days after the Nov. 12 debut of Disney+ through Thursday's close. Netflix shares have risen 10% through those six trading days, no small feat since the S&P 500 has actually closed lower in each of the past three market days. With Netflix stock up 8% in November and up 16% for all of 2019, this hasn't played out as the month or the year that destroyed the top dog in this niche. Netflix is back, and some will argue that it never really went away. 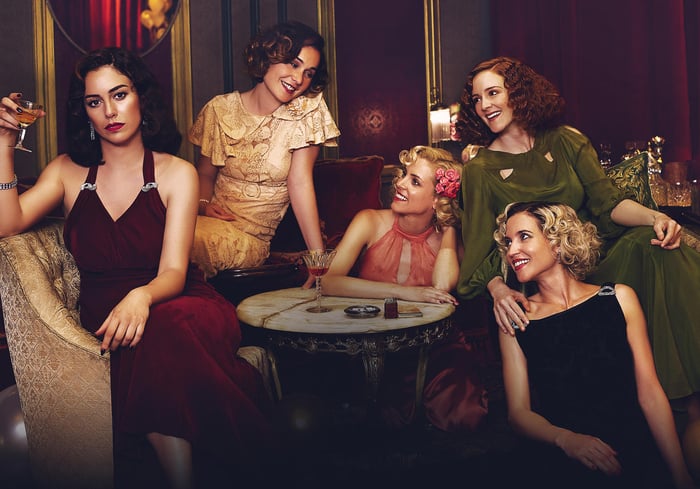 Netflix hasn't been at its best this year. The premium streaming video pioneer is coming off of back-to-back quarters of missing its subscriber growth guidance, largely the result of a big springtime price increase that has given many longtime users cold feet. Growth in the U.S. market has slowed to the point that Netflix experienced a rare sequential dip in paid subscribers during the second quarter of this year, recovering marginally in its latest quarter.

But pack a passport and Netflix's growth prospects get far more exciting. There are now 158.3 million streaming paid Netflix memberships worldwide, and nearly 17 million of the 19 million net additions through the first nine months of this year have come outside of its home market. International subscriptions will top 100 million by the end of this year.

The world isn't immune to the reach of Apple+ and Disney TV+, but Apple's lean content isn't going to be much of a factor. Disney TV+ is going to translate into overseas markets considerably better, but many foreign markets are still early in the digital migration process. In short, there is still plenty of growth to be had if we look at the entire planet.

Netflix isn't exactly phoning it in closer to home. Its fourth price hike in five years could've been a case of overconfidence, but there are slightly more U.S. subscribers now than there were at the time of the rate increase. Naturally, average revenue per user is also up nicely given the higher rates, and that's ultimately good news for subscribers because Netflix keeps ramping up its spend on content.

There will be more than one winner in streaming video. The success of Apple TV+ and Disney+ will come more at the expense of cable and satellite television providers than of Netflix. There are some legitimate reasons for Netflix's not being one of Wall Street's top stocks this year, as its 16% year-to-date gain trails the S&P 500's 24% haul. However, Netflix isn't going away, and now that the competition has arrived, it seems the market's starting to realize that the leader will stay that way for now.