Investing in defense stocks requires that you keep track of a lot of moving parts.

Earnings reports and past stock performance are good to know, for sure. But if you want to know which defense stocks will do best in the future, it pays to follow contract announcements as they happen. This is because, in the fullness of time, those contracts will be added to order backlog ... which will transform into revenues as deliveries are made ... which will in turn filter down to profits on the corporate bottom line.

To help you keep track of which defense companies are winning work -- and how much business they're winning -- here at the Motley Fool we keep a close eye on defense contract news every day of the work-week. This week in particular, there have been several notable deals you should be aware of. 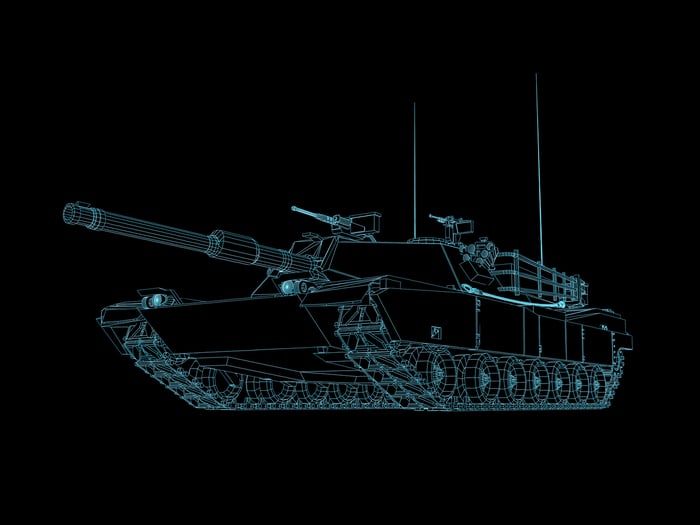 On Tuesday, the Boeing and Textron (NYSE:TXT) business known as the "Bell Boeing Joint Project Office," responsible for building the V-22 "Osprey" tiltrotor aircraft for the military, received a $379.4 million contract from the Defense Logistics Agency. Notably, though, this wasn't a contract for the sale and purchase of actual aircraft -- but merely for the "maintenance, repair and consumable material support for the V-22 platform."

Admittedly, even $379 million won't move the needle a whole lot for Boeing, much less Textron. Even the junior partner in this joint venture does more than $13.3 billion in sales annually, according to data from S&P Global Market Intelligence. But it's still a sizable award, and will help keep revenue flowing at Textron's flagship aviation business. It also serves as a reminder: Yes, defense contractors make money from selling military equipment -- but even after that initial sale, they can also make a lot of money simply changing the oil and rotating the tires on the equipment they have already sold.

An even bigger contract awarded two days later offers another lesson in defense stock investing: Weapon systems such as aircraft carriers and F-35 fighter jets get all the headlines from the mainstream press, but there's also money to be made from the companies that make the parts that go into those marquee weapons.

Shareholders of United Technologies (NYSE:RTX) got a (pleasant) reminder of that fact Thursday, when the Pentagon awarded that company's Pratt & Whitney division a $762.5 million contract to manufacture the engines (F135-PW-100 and F135-PW-600 propulsion systems, to be precise) that power the U.S. Air Force's F-35A conventional take-off and landing fighter jets, and the U.S. Marine Corps' F-35B short take-off and landing "jump-jets." In total, United Technologies will deliver 58 such engines to its customer(s), at a cost of more than $13.1 million per engine.

Not bad money for a mere "parts supplier."

Strolling the halls of Congress, looking for deals

Both the above contracts were publicly announced on the Department of Defense contracts website, where the Pentagon provides daily updates of its contract awards as they happen. But that's not the only place an investor should look to get insight into which defense contractors are winning new business.

The Defense Security Cooperation Agency -- the Pentagon arm responsible for coordinating sales of military equipment to America's friends and allies abroad -- publishes an entirely separate list of contracts that are in the works, and that have been sent to Congress for approval before they can be finalized. There we learned this week of multiple billion-dollar-plus contracts in the offing, including:

When that deal goes through, it's going to mean an extra $4.25 billion in revenue for Lockheed's second biggest business division. Just make sure that when the deal is finally and officially announced, you don't forget to do your research and find out who makes the engines for the aircraft.