Last week, Netflix (NASDAQ:NFLX) announced a major partnership with Nickelodeon, owned by Viacom (NASDAQ:VIAB), as it continues its heavy content spending to try and win the streaming race. While the partnership should not be ignored by Netflix investors, the more important revelation could be to Viacom investors. Can you compete in the streaming war while simultaneously selling ammunition to your competitors? 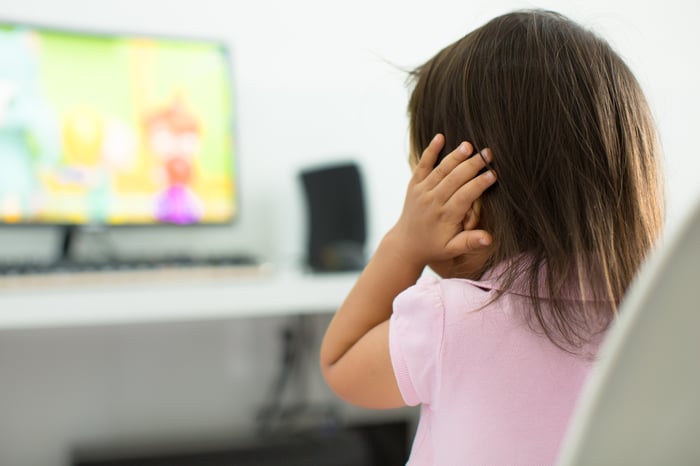 Netflix has agreed to a multiyear deal to utilize Nickelodeon's cast of characters to create original animated feature films and TV shows for distribution through Netflix's streaming service. According to the New York Times, the deal is worth somewhere north of $200 million. While the creation of original features is a first for the partnership, it's not the first time the two companies have worked together. Shows and movies from the Nickelodeon library like Rocko's Modern Life, Hey Arnold!, and Sam & Cat are currently available for Netflix subscribers to watch.

In August of this year, Viacom announced a merger with CBS (NASDAQ:VIAC) that's now expected to close on Dec. 4.The joint strategy, laid out in the merger press release and touched on during CBS' third quarter earnings report last week, brings up a muddy question: Are they planning to diversify effectively, or are they competing against themselves? The potential issues with this strategy became clearer with last week's Nickelodeon-Netflix deal. Let's look at the strategy.

In the merger press release, the two companies discuss pushing a direct-to-consumer strategy and a third-party licensing strategy as two of the three prongs of the overall growth strategy. In other words, they want to dedicate resources to competing with other streaming companies, but they also want to dedicate resources to selling and licensing content to "subscription and ad-supported streaming services."

When CBS released third-quarter earnings last week, Acting Chief Executive Officer Joe Ianniello said, "We delivered record third-quarter revenues as we continue to increase our investment in our premium content and direct-to-consumer streaming services, which is the cornerstone of our growth strategy." While there was no mention of sales to third parties, the company does discuss profits derived from content created for third parties briefly in the report and in the earnings call.

While diversification is usually a great strategy, it can sometimes be a cover for a lack of direction. If you're pushing your own streaming subscription services but creating content for your competition, are you diversifying or shooting yourself in the foot? CBS All Access, the company's paid streaming service, is a direct competitor of Netflix. Is it really a smart strategy to sell premium content to a direct competitor? Those invested or looking to invest need to take a hard look at whether this "diversified" approach is the right way forward for Viacom and CBS.