The world of medicine has been transformed by technology. The two companies battling head-to-head today are key to that trend -- and represent great ways to invest in healthcare stocks.

But which is the better buy now? That's not a question we'll ever be able to answer with 100% certainty. However, by comparing the two companies on three different dimensions, we can get a better idea for which we're more comfortable with at today's prices. 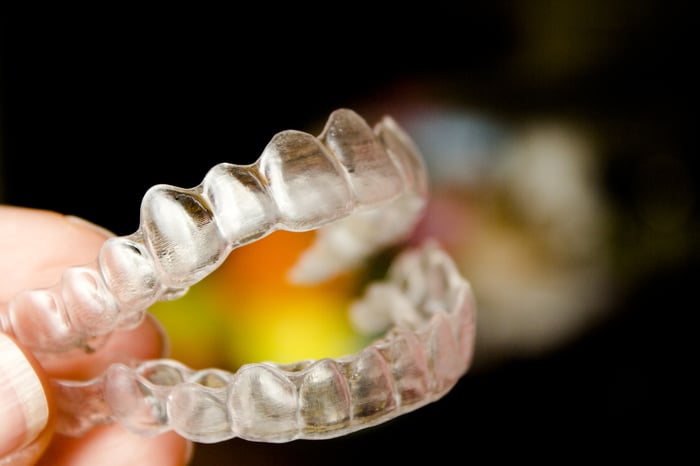 First, we want to examine each company's financial fortitude. What this really means is checking to see how each company would be affected if there were a major economic crisis tomorrow.

Believe it or not, companies that have lots of cash, scant debt, and healthy free cash flow can actually grow stronger as a result of such times. While their stocks will likely fall in tandem with the larger market, the actual business can improve -- by buying back cheaper shares, acquiring rivals, or simply outspending the competition to gain market share.

Keeping in mind that Intuitive Surgical is valued at roughly three times the size of Align, here's how the two stack up:

Both of these companies have fantastically solid balance sheets and healthy free cash flow. If I had to choose, however, which to go with, it would be Intuitive Surgical. The company's massive war chest provides ample opportunities to stay flexible in times of financial strain. While Align also has flexibility, I don't think its balance provides nearly as many options.

Next, we have a trickier aspect to evaluate: how "cheap" or "expensive" these two stocks are relative to one another. Because this is not an exact science, I like to consult a number of different variables.

Most investors consider the price-to-earnings ratio to be the most important variable to consider. There, Intuitive Surgical would appear to have a slight edge. But on every other variable we can measure -- even after factoring in growth rates (PEG ratio) -- Align appears to be the "cheaper" of the two stocks.

While I wouldn't call either one of these companies "cheap" (the average S&P 500 stock trades for a P/E of 23), Align wins this round.

But while financial fortitude and valuation are important, I consider the strength of a company's competitive advantages, or moat, to be the most vital factor. Over the long run, companies with wide moats can keep growing while fending off the competition.

Intuitive Surgical's key moat comes in the form of high switching costs. Buying a daVinci machine costs a hospital well over $1 million. Doctors who perform surgeries using the system also dedicate huge portions of their careers to training on the device. To switch away to a rival (who are only now beginning to show up) would mean swallowing huge sunk costs.

But there's an additional moat that many investors miss with Intuitive Surgical: network effects. With each passing year, more and more doctors test and tinker with using the daVinci in new ways, or for new procedures. Every now and again, one of the tests will prove that the machine can drastically improve outcomes. That's exactly what happened for hernia operations over the past five years.

With such a huge installed base of daVinci machines worldwide (more than 5,400 currently), there's a lot of testing taking place that's bound to turn up more areas where daVinci can improve outcomes.

Align's primary moat comes in the form of intellectual property (i.e., patents). The plastic aligners themselves are relatively cheap to produce. And because Align was the first to mass-market this technology, it is the biggest player in its field.

At the same time, however, competition seems to be creeping in. SmileDirectClub, for instance, is marketing similar orthodontics directly to consumers -- without them having to make office visits, as is required with Align. That's not to say Align will lose market share, but it's hard to see how it has a wider moat compared to Intuitive Surgical when companies like SmileDircectClub are able to grow as fast as they are.

So there you have it. While Align has a slightly more affordable stock at today's prices, Intuitive Surgical has both a heftier war chest and a wider moat. That makes it today's winner.

Lest you think these are empty words, I'm a big believer in the stock, as it currently accounts for over 4% of my family's real-life holdings. If you have a long-term mindset and are looking for a promising healthcare investment, I think Intuitive Surgical is a great place to start.