It's not entirely accurate to say the retail apocalypse remains in full swing. Though plenty of stores are still closing, a handful of chains are expanding again. Total consumption, as measured in dollars, is actually on the rise.

One segment of retail remains under siege, though: the department store. Interestingly, the format's troubles span the full income/lifestyle spectrum. Department stores ranging from value-oriented J.C. Penney (OTC:JCPN.Q) to middle-ground names like Macy's (NYSE:M) or Dillard's (NYSE:DDS) to the more affluent-minded Nordstrom (NYSE:JWN) all continue to struggle.

Investors who follow (or own) any of those names might initially disagree, noting that several of those retailers beat expectations last quarter. Just take a closer look at the numbers. The bars were set low...again.

4 beats, but not one actual improvement

They're all categorized as department stores, but Penney's isn't exactly comparable to Macy's, nor is Macy's quite the same thing as Nordstrom. There's sure to be some overlap among their shoppers, but the numbers speak for themselves.

Those numbers? The typical JCPenney customer earns less than $63,000 per year, according to 2016 data from Kantar Retail, and is 51 years old. In the same study, Kantar found that the average Macy's customer made more than $75,000 per year and was 49 years old. Meanwhile, Viant data collected that same year showed that more than 40% of Nordstrom's shoppers had six-figure incomes -- versus 35% for Macy's -- yet they are only 43 years old on average. In that same vein, the importance of value-adding coupons to JCPenney shoppers can't be overlooked. Sales imploded when then-CEO Ron Johnson all but discontinued them in 2013. 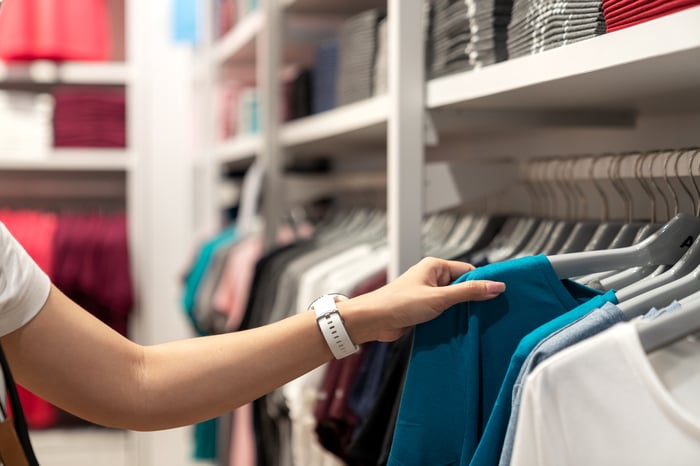 There remains one common thread among all four department store chains despite their distinctly different target consumers. That is, they're all still fighting a losing battle.

Take a closer look at the results, though. They may have been better than expected, but J.C. Penney's same-store sales -- a key metric for tracking demand -- fell 6.6% on an adjusted basis. 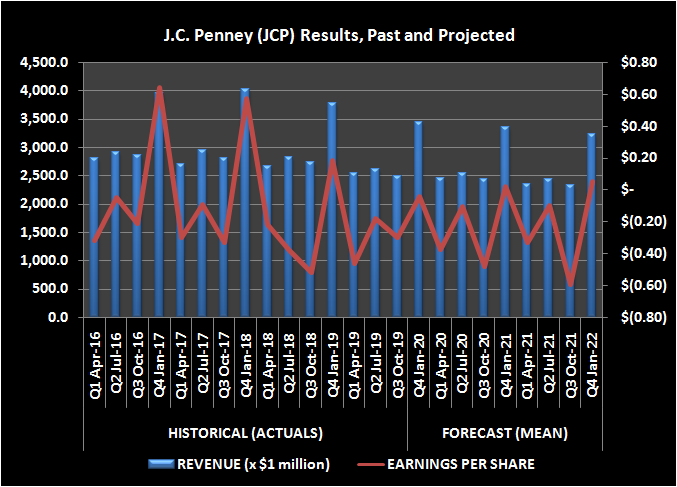 Dillard's fared measurably better using the same yardstick, reporting flat year over year sales for stores open at least a year. Yet it, too, has experienced deceleration in store-level revenue growth. In the third quarter of fiscal 2018, Dillard's mustered a 3% increase in same-store sales.

Total revenue fell for both J.C. Penney and Dillard's, and for the latter, net income shrunk by nearly $2 million. 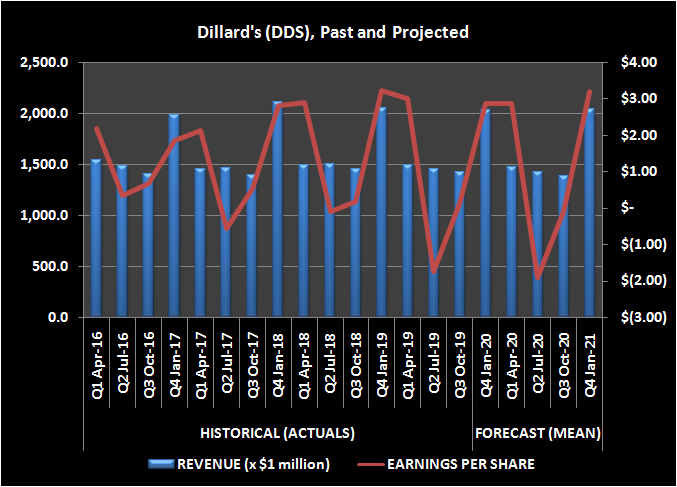 Nordstrom and Macy's didn't exactly offer fresh inspiration last week, either. Nordstrom may have grown adjusted EPS 21% year over year, with its per-share profit of $0.81 handily topping expectations of $0.63, but total revenue fell a little more than 2%. (The company no longer reports same-store metrics.) Macy's still does report same-store sales, which fell 3.5% in the third quarter. To the company's credit, adjusted EPS of $0.07 beat the analyst consensus of breakeven. Net sales fell short of estimates, though, falling 4.4% year over year.

There's a reason nothing is working for any of them

Had just one or even two of the four aforementioned names come up short on the sales front, it would be easy to call it a company-specific problem. Not all socioeconomic classes rise and fall to the same degree, and sometimes, a retailer just plain screws things up. It would also be easy to write off the poor results had last quarter's weakness been a one-off.

Neither is the case in this instance, though. Different demographics and income levels didn't matter. Different traffic-driving approaches didn't make a difference. Different kinds of in-store experience haven't mattered, either. Most department stores continue to fight a losing battle, even if they beat last quarter's top and/or bottom line estimates.

It's not exactly an earth-shattering suggestion, but perhaps it needs to be explicitly voiced -- it's not consumers, or the economy, or even retailing that is in trouble. Perhaps the department store concept is the problem. As Cowen's senior retail analyst Oliver Chen put it last week, "We're in a new Instagrammable nation with Gen Zs and the transformation of the way people shop and you really need a special product. In addition, you need a really special store experience and the mall has been a horribly tough place with negative mall traffic."

The numbers certainly lead investors to that conclusion.