Steeply discounted televisions have long been one of the centerpieces of the Black Friday shopping extravaganza, and nothing generates shopping crowds more reliably than great deals on TVs. This year, prices on 4K televisions continue to fall, and there are some huge discounts on quality sets that could be worth taking advantage of.

Here you'll find tips on how to find a sweet TV deal this holiday season -- as well as profiles on some top 4K TV bargains from retailers including Walmart (NYSE:WMT), Target (NYSE:TGT), Best Buy (NYSE:BBY), and Amazon (NASDAQ:AMZN). 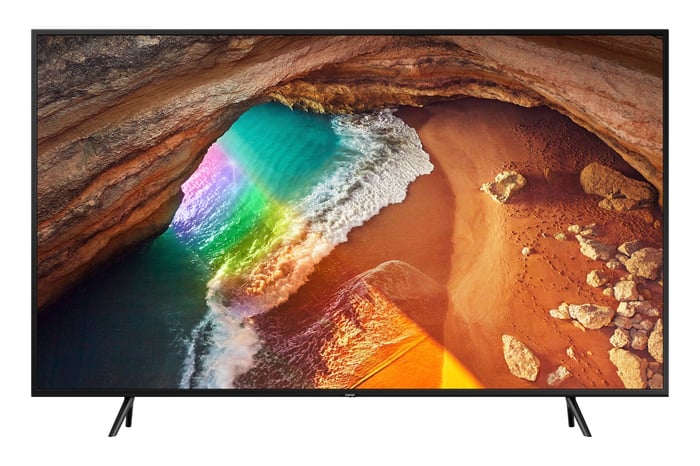 Know what you're looking for

Prices for HD (high-definition) and Ultra HD televisions have fallen dramatically, as the underlying technology has improved and become more commonplace. But there are still distinguishing factors that cause some sets to be significantly more expensive than others. Characteristics like color vibrancy, black levels, and refresh rates can justify significant pricing premiums.

If you're looking at a range of 4K TVs, it might be confusing to see a large list of sets that all sport the same resolution but have huge differences in price. Features like high dynamic range (HDR) can have a significant impact on the colors displayed and overall picture quality, as can whether the display is an LCD, LED, or OLED (liquid crystal display, light-emitting diodes, or organic light-emitting diodes), or whether the set is lit from the back or the sides. Generally, you'll pay more for better quality, but establishing some basic familiarity with TV features can be very helpful in determining the best deal for you.

If you're an audiovisual enthusiast looking for a television set to be your living-room centerpiece for the next five years, it may make sense to spend the money on a higher-end offering on sale this season. If you're just looking for a solid, streaming-ready television that offers ultra-HD resolution content, there are some very appealing budget-priced offerings this Black Friday, as well. Having a clear idea of what you're in the market for will not only help you get the best deal, it will help you significantly cut down on the amount of time that you spend perusing store aisles or retail sites online.

This might sound obvious, but it's sometimes possible to find a much better deal on a given model of television if you're willing to put in a bit of extra effort to see how deals from different retailers compare. This is much easier to do if you have a solid idea of what you're looking for and have already narrowed down your options.

Once you have an established feature set or an individual model in mind, you'll be able to see which retailers are offering the best deals on the set or sets that fit your needs. New deals can pop up, and it's worth taking one last look to see if a rival retailer has moved to undercut one of its competitors' hot offers.

Top 4K TV deals to check out this Black Friday

Taking a broad look at what retailers are advertising, and checking for updates to catch any late-breaking deals, will help you get the best price. But narrowing in on some top offerings and getting an idea of what's available at different price points will be helpful as well.

You'll find a selection of top deals across a range of price points below:

Some deals will stick around past Black Friday and Cyber Monday, and later into the holiday season. But there's usually no guarantee that you'll be able to snag the unit you want at a previously listed price -- so it can pay to move quickly, once you've found a set that ticks all the right boxes.