Major benchmarks soared on Friday, lifted by positive sentiment that came from a strong employment report. The U.S. economy created 266,000 jobs in November, which was considerably higher than most economists had expected to see. Given the importance of strong wages to the consumer goods economy, retailers were especially pleased about the news, and several retail earnings reports also created optimism in the sector. Big Lots (NYSE:BIG), Genesco (NYSE:GCO), and Johnson Outdoors (NASDAQ:JOUT) were among the top performers. Here's why they did so well.

No discount for Big Lots shares

Shares of Big Lots soared 32% after the discount retailer reported third-quarter financial results that were better than most had expected to see. Not all of the numbers looked all that great for Big Lots, as revenue was up just 1.6% from the year-ago quarter, and comparable sales were actually down 0.1% year over year. The company also lost money, but the losses were on the better end of its previously provided range of guidance. Many investors took the news as a sign that the discount retail chain has finally started to turn the corner after a tough period that has seen the stock lose more than half its value since early 2018. Shareholders will be watching closely to see if remodeled stores and other initiatives help Big Lots during the key holiday season. 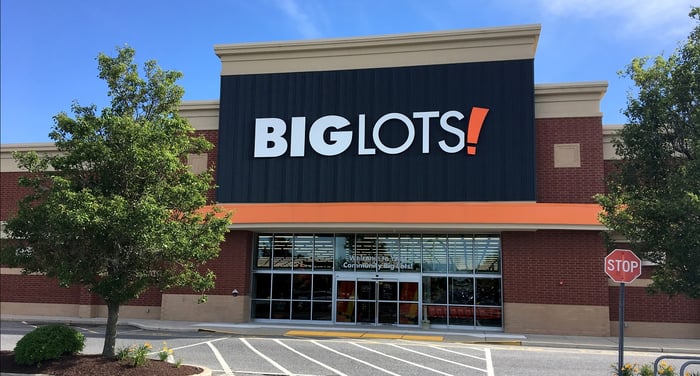 Nashville-based specialty retailer Genesco saw its stock climb 32% following its release of third-quarter results. Revenue for the company was flat from year-ago levels, but comparable sales were up 3% on strength in the Journeys and Schuh store chains. Weakness for the Johnston & Murphy division held Genesco back somewhat, but the retailer was able to improve gross margin levels. Moreover, CEO Robert Dennis said that Genesco has gotten off to a good start in the fourth quarter, with Black Friday and Cyber Monday doing especially well. That led the company to boost its earnings guidance for the full year, and shareholders hope that those predictions will play out to finish 2019 strong.

Finally, shares of Johnson Outdoors jumped 19%. The outdoor recreational equipment specialist said that its sales were up 3% during its 2019 fiscal year compared to 2018 levels, with particularly strong results in the fishing category leading to a 5% sales boost there. The North American diving market helped Johnson Outdoors in that category, but weakness in Asian markets weighed on the diving segment. The company also noted solid growth in certain camping products, and weakness in the kayak market couldn't hold back encouraging performance in the Old Town brand. Johnson Outdoors has built up momentum to finish the year, and investors have high hopes that fiscal 2020 will bring even better news for the equipment maker.