Friday was generally a great day on Wall Street, as major benchmarks jumped following a favorable reading on the U.S. job market. The monthly employment report confirmed the healthy state of the domestic labor market, and those following economic indicators saw the news as a sign of sustained prosperity for at least the immediate future. Yet some companies weren't able to join in the market rally, with earnings weighing on their prospects for growth. Zoom Video Communications (NASDAQ:ZM), PagerDuty (NYSE:PD), and Yext (NYSE:YEXT) were among the worst performers. Here's why they did so poorly.

Shares of Zoom Video Communications fell 10% after the videoconferencing specialist reported its third-quarter financial results. Fundamentally, Zoom looked extremely sound, with revenue soaring 85% from year-earlier levels and the number of customers contributing at least $100,000 in annual revenue nearly doubling year over year. Adjusted net income also climbed considerably from the year-ago quarter. Yet even though Zoom also boosted its guidance for the full year, investors seemed to want to see even faster growth in order to justify the high valuation that has given the tech stock a market capitalization of roughly $17 billion. 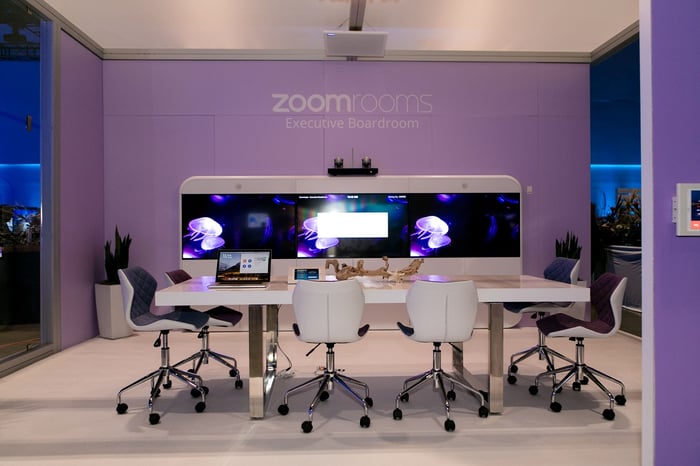 Digital operations management specialist PagerDuty saw its stock drop 13% following its release of its third-quarter financial report. Revenue was up 37% year over year as PagerDuty continued to expand its platform and product lineup, as well as bring new customers into the fold. However, net losses widened from year-earlier levels. Some investors also weren't satisfied with the company's guidance for the fourth quarter, during which PagerDuty sees top-line growth rates slowing to 32% to 34%. With the market becoming less patient with companies that aren't able to reach profitability quickly, PagerDuty might need to do more to work its way into the black in the near future.

Yext has work to do

Finally, shares of Yext lost 14%. The search experience cloud provider said that revenue climbed 30% in the third quarter, but net losses almost doubled from year-ago levels. Fundamentally, Yext had a lot of good things happening, as mid-market and enterprise customer counts were up 46% from where they were 12 months ago. The launch of Yext Answers was also important in bulking up its market. Even so, shareholders don't seem certain whether the company will be able to overcome some of its bottom-line challenges to become consistently profitable in the near future, and that looks like it moved the stock price lower.