Investors have had good reasons to feel optimistic about Five Below's (NASDAQ:FIVE) operating trends this year. The youth-focused retailer has been expanding sales at an over 20% clip and booking strong profit despite tariff challenges. However, its growth slowdown at existing locations in the second quarter raised worries about customer traffic trends. Five Below also had to break the $5 pricing barrier as tariff rates continued rising.

The chain's third-quarter report this week showed that customers didn't balk at those pricing changes, which puts the retailer in a good market-share position as the holiday shopping season begins. 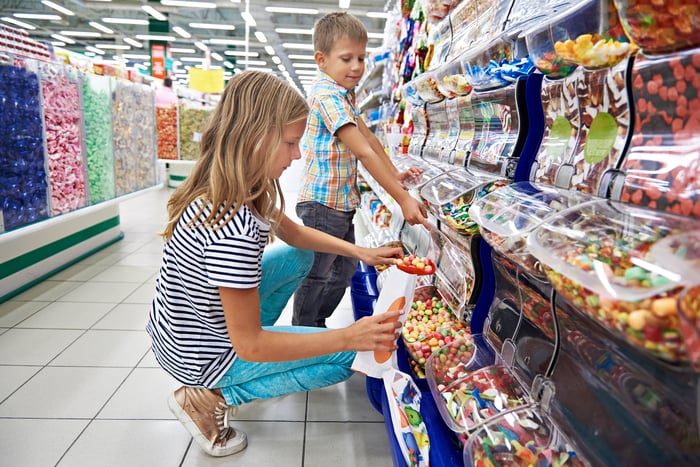 Sales growth again came mainly from Five Below's quick -- and accelerating -- expansion pace. The company opened 61 new stores in the period to set a quarterly record and push the store count to 144 new locations over the prior year. That launch record spans a wide range of markets, from Lincoln, Nebraska to Fresno, California. It's also a strong sign supporting management's national footprint ambitions.

Five Below achieved a meaningful boost in revenue at existing locations, with comparable-store sales gains landing at 2.9%, or double last quarter's result. "We are very pleased with our third-quarter performance," CEO Joel Anderson said in a press release.

Higher tariff charges forced Five Below to raise prices beyond the $5 mark, and the company responded with two major initiatives. First, executives rolled out modest increases: for example, by raising the maximum price on tech gear from $5 to $5.55. This shift did reduce demand in some cases, but management said the change was consistent with expectations.

Second, the chain started testing a "Ten Below" section within its stores that offers a wider range of products, like video games, that wouldn't be possible under the $5 limit. That trial was so successful that management is rolling out a smaller version to all of its stores aimed at holiday shopping gear.

As for the risk of diluting the brand by straying from its hard pricing limit, Five Below believes customers' loyalty is less about a single price point and more about shoppers' ability to find good deals. "Our goal remains to source and deliver extreme value products ... without compromising on quality," Anderson explained in a conference call.

Five Below's outlook update, which came with the benefit of actual sales data from the holiday season's first big shopping week, was almost all positive. Comps gains are projected to land at 2.5% for the full year, or roughly in line with the target management issued back in August. The chain still expects to open 150 new stores in 2019, but because more of those launched before the holiday season, its revenue outlook is brightening.

Specifically, investors are looking for sales of between $717 million and $732 million over the holiday period, putting revenue at $1.88 billion for the year. Hitting that target would mark Five Below's third consecutive year of over 20% sales gains as its store base reaches 900 locations and barrels toward management's long-term growth goal of over 2,500 stores.