With so many stocks to choose from, building a winning portfolio can be an overwhelming task. The best way forward is to anchor your portfolio around companies that are well-established, not going anywhere, and have a record of generating returns for shareholders.

Three stocks that meet that criteria are Berkshire Hathaway (NYSE:BRK.A) (NYSE:BRK.B), Amazon.com (NASDAQ:AMZN), and Walt Disney(NYSE:DIS). I personally own shares of all three and believe they're good starting places to build your nest egg. Here's why these stocks should remain good investments for decades to come. 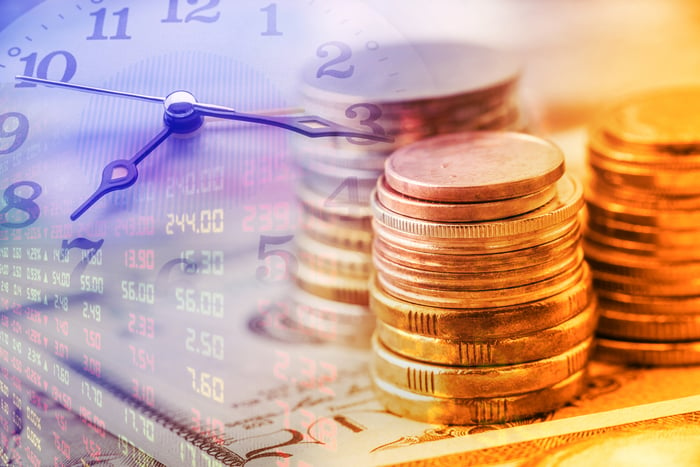 Berkshire Hathaway: You can't go wrong with the greatest investor of all time

You can kill many birds with one stone with Berkshire Hathaway. A well-rounded portfolio is one that has plenty of diversification across sectors of the economy, both large and small companies, with a blend of growth and value. Berkshire Hathaway gives you all that.

Warren Buffett has put together an amazing collection of businesses. Berkshire owns BNSF, one of the largest rail companies in the U.S. Other names you might recognize are Dairy Queen, Pampered Chef, Business Wire, Duracell (yep, the batteries), and GEICO. Altogether, Berkshire owns dozens of businesses that generate billions in cash from operations every year.

Berkshire also owns $220 billion in stocks that Buffett and his two investment managers (Todd Combs and Ted Weschler) select with the same focus on value that goes into acquiring whole companies like the ones mentioned above. Currently, Berkshire owns large stakes in several companies, with Apple, Bank of America, and Coca-Cola comprising nearly half of the company's publicly traded stock holdings.

Since Buffett took control of Berkshire in 1965, his investing skills have earned shareholders a return of 20.5% compounded annually through 2018. Obviously, there is uncertainty about what happens when the 89-year-old Buffett is no longer around. When that day occurs, future returns may be lower than years past, but Berkshire is so well-diversified and has such a deep bench of talent across its operating subsidiaries that it should deliver satisfactory returns for a long time.

Amazon: A blue chip stock for the 21st century

Amazon is my largest holding, so I would be remiss to not include it here. It's remarkable to think that Amazon has grown from nothing to a $265 billion revenue-generating business in less than 25 years. But its tentacles are continuing to spread throughout several big markets, including the Internet of Things (IoT), online advertising, and the cloud. Given those opportunities, it's only a matter of time before Amazon hits $1 trillion in annual revenue.

More than 100 million people are already enjoying the benefits of Prime, including free shipping and special discounts at Whole Foods Market. In addition to Prime, Amazon is creating even more ways for customers to stay locked into the ecosystem. Its Echo devices have been one of the top-selling items in the last few years, and this opens a whole new avenue of growth in what's expected to be a $1 trillion IoT market in the near future.

There are now more than 85,000 smart-home devices enabled for Amazon's Alexa digital assistant. The glue that holds Alexa and all these devices together is Amazon Web Services, which offers solutions for IoT device management.

AWS revenue increased by 35% year over year last quarter and generated most of Amazon's profit. Cloud growth has decelerated for Amazon in recent quarters, but it's still growing fast. It's likely that AWS will remain a significant growth driver for several more years.

But AWS is not Amazon's fastest-growing business. That would be online advertising, in which sales are included in a separate category designated as "other" in Amazon's financial reporting. This category saw sales increase by 44% year over year in the third quarter.

While cloud, IoT, and advertising are exciting opportunities, let's not forget that Amazon's core online retail business is still growing sales more than 20% year over year. Amazon is a household name with wide brand recognition, and the company is still growing like a small upstart. This is a stock that can fuel your returns all the way to retirement.

Disney: Families spend billions at its theme parks every year

Walt Disney needs no introduction. Mickey and Mary Poppins have entertained the last few generations of youngsters, and with the launch of Disney+, the company is in a position to connect with future generations -- and make shareholders a lot of money.

CEO Bob Iger calls Disney+ "a historic moment" for the company, and it's easy to see why. The service has already attracted more than 10 million sign-ups, but management expects to reach 60 million to 90 million subscribers in the next five years. There's been four years of planning to get the service ready for prime time, which shows in the polish of the interface and how well the app performs since launching a few weeks ago. While Disney+ will pressure profits in the next few years, it should be accretive to earnings starting in fiscal 2024, based on guidance.

Of course, Disney+ is just the distribution channel. What really creates the intrinsic value for the company is the creative talent working in the studios segment. Disney's ability to crank out hit after hit at the box office is, frankly, insane.

Frozen 2 just set a record for the biggest animated film release outside of the summer release window in the company's history. Strong releases over the summer, including The Lion King, Aladdin, and Toy Story 4, helped generate $3.3 billion in revenue for the studios segment in the most recent quarter.

Disney has consistently put up big numbers at the box office in recent years. Up next is Star Wars: The Rise of Skywalker, releasing in December -- another billion-dollar movie in waiting.

Disney has so much to offer consumers through theme-park attractions, sports broadcasting (ESPN), blockbuster movies, and consumer products that I don't see how an investor can lose with the stock over the long term. Walt Disney is a timeless entertainment brand that's only getting stronger.