Shares of Construction Partners (NASDAQ:ROAD) fell more than 18% on Tuesday morning after the infrastructure company reported fiscal fourth-quarter results that came in below expectations. Local road repair and maintenance projects are struggling to carry the load at Construction Partners, but the company does have high hopes for its new fiscal year. 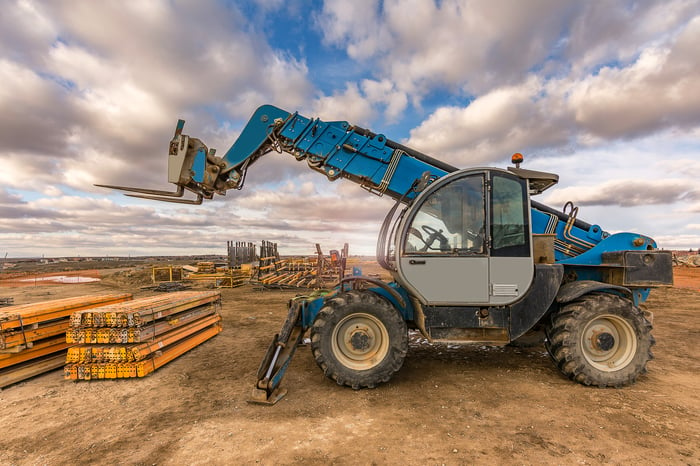 The revenue shortfall was an unexpected disappointment for investors, as was Construction Partners' project backlog of $531.1 million, down from $594.4 million on Sept. 30, 2018. The company in a post-earnings statement said that the backlog was down because many of its key markets are currently focused on so-called "mega projects" and not the smaller, recurring repair and maintenance projects that Construction Partners typically focuses on.

Construction Partners expects the backlog to grow again in fiscal 2020 as some of those bigger projects are bid out and focus returns to smaller, ongoing issues. The company also expects to benefit from a gas tax increase in Alabama that took effect in September and from its October acquisition of Mancil's Tractor Service, which should boost its business in high-growth Florida.

The company forecasts fiscal 2020 revenue of between $830 million and $870 million and net income of between $39 million and $44 million, suggesting continued rapid growth. That forecast does not include any potential impact from a federal or state infrastructure bill, which is always a possibility in an election year.

If Construction Partners' forecast proves to be correct, the sell-off Tuesday would appear to be a buying opportunity. But investors at least for now appear to be taking a wait-and-see approach.