It's been a little over a month since Alphabet (NASDAQ:GOOG) (NASDAQ:GOOGL) subsidiary Google said it would buy Fitbit (NYSE:FIT) in a $2.1 billion deal. Regulators in the European Union have already expressed concerns about the acquisition, primarily regarding user data, as Europe has far stronger data protections for consumers following the implementation of the General Data Protection Regulation (GDPR) last year. "In general we have a concern if companies merge because of data," Europe's chief antitrust enforcer, Margrethe Vestager, said last month.

Regulators in the U.S. are now eyeing the deal, too. 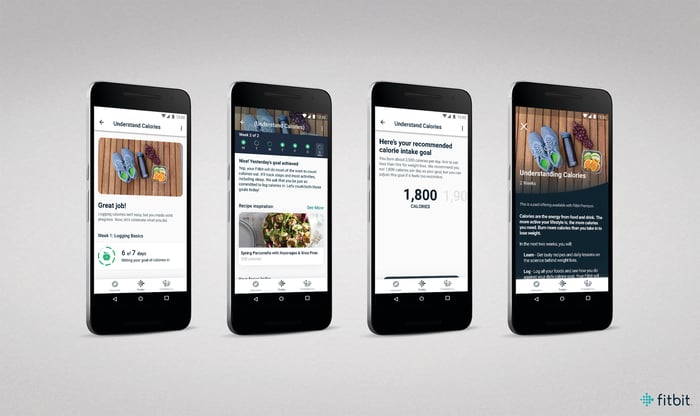 The Department of Justice takes the case

The New York Post and Reuters reported this week that the U.S. Department of Justice antitrust division is scrutinizing the proposed acquisition. The DOJ and the Federal Trade Commission, which is investigating other tech companies, were both interested in investigating the deal, but only one agency can conduct the formal probe, according to the reports, and the DOJ secured the authority.

With Wear OS floundering for years, Google is not a particularly prominent player in the market for wearable hardware gadgets that Apple (NASDAQ:AAPL) currently dominates. In contrast, Fitbit was the No. 5 player in global shipments in the third quarter, according to recent estimates from market researcher IDC. Instead, the key issue is the underlying user data that Google could get its hands on through the deal.

Apple, Google, and Fitbit have all been working on digital health platforms, hoping to aggregate health data and allow users to manage and view that sensitive information right on their smartwatches or smartphones. The concern is that Google could glean even more insight into users through the deal, further enhancing its market power. Consumers learned just last month that Google was covertly collecting health data on tens of millions of Americans across 21 states through a previously undisclosed (but legal) partnership with Ascension.

Last month, a consortium of nine watchdog groups including the Center for Digital Democracy, Public Citizen, and the Consumer Federation of America penned an open letter to the FTC (believing that the agency might end up handling the case), urging regulators to block the deal. "Google should not gain control of Fitbit's sensitive and individualized health data that can be integrated with data from its current services to entrench its monopoly power," the group wrote.

It's clear that watchdogs and regulators are skeptical about Google's vow to respect user privacy. "Fitbit health and wellness data will not be used for Google ads," Google hardware chief Rick Osterloh wrote when announcing the deal. "And we will give Fitbit users the choice to review, move, or delete their data."

Fitbit made a similar commitment, and still expects the transaction to close at some point in 2020 -- provided it can get shareholder and regulatory approvals.