Excitement for Disney's (NYSE:DIS) flagship video streaming service, Disney+, has been building all year. While the company had loosely discussed the service last year, it officially confirmed key details around pricing and availability in April.

In case investors needed any more evidence of demand, look no further than recent data put out this week by Alphabet subsidiary Google on the most popular search terms in 2019. 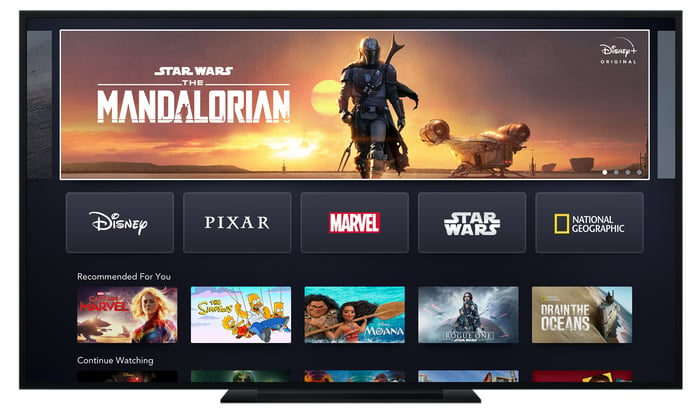 The Mandalorian has become one of Disney+'s most popular originals. Image source: Disney.

Hyping the House of Mouse

"Disney Plus" was the top overall query for the entire year, underscoring the buzz that Disney has been able to strategically create. Looking deeper into the trend data, interest started to build over the summer, shortly before a promotion offered to D23 members crashed the D23 site due to overwhelming traffic. D23 is Disney's official fan club, and members could bring the cost of Disney+ down to less than $4 per month when signing up for a three-year commitment.

As one might expect, search interest peaked right around the service's launch on Nov. 12 and has partially subsided. Still, grabbing the No. 1 spot in the rankings for the entire year, particularly with interest back-weighted, is quite an achievement for the House of Mouse.

In other subcategories, Disney also notched wins. The No. 1 search term in the "Babies" category was none other than "Baby Yoda," the nickname that the internet has bestowed on The Child, a character from Disney+ original series The Mandalorian. Speaking of that series, "The Mandalorian" was the No. 5 term in the "TV Shows" category, trailing HBO's Game of Thrones and Netflix's Stranger Things. Many critics are now lauding The Mandalorian.

The Child's existence was a closely guarded secret; The Mandalorian showrunner Jon Favreau was so concerned about leaks that Disney chose not to get a head start on producing merchandise, and now the company is scrambling to make "Baby Yoda" products in time for the busy holiday shopping season. That also means that interest in "Baby Yoda" has been entirely concentrated in the past month, yet there were enough queries to edge out interest in royal and celebrity babies.

The Mandalorian is a hit so far. Image source: Disney.

Disney impressed investors last month when it said Disney+ had grabbed 10 million sign-ups on the very first day (including free trials). The service has been adding an estimated million subscribers per day, mobile analytics specialist Apptopia said last month. More recently, Apptopia said this week that the Disney+ app has been downloaded 22 million times, up from 15.5 million at the end of November.

It's also worth noting that Disney is cleverly milking the attention. By using a traditional weekly release schedule instead of Netflix's strategy of dumping an entire season at once, Disney can sustain an elevated level of pop-culture interest. Seriously, just look at this thing:

Now investors will want to see the official subscriber figures that Disney puts up. In a testament to how important the direct-to-consumer business is to Disney's future, the company has started to regularly report subscriber metrics for Hulu and ESPN+ (31.9 million combined). Disney has not yet scheduled its fiscal first-quarter earnings release, but investors will soon find out just how many paid subscribers Disney+ has.