If P.T. Barnum was right that there's no such thing as bad publicity, then Peloton Interactive (NASDAQ:PTON) will be reaping the sales rewards as it heads into Christmas.

The ridiculous backlash to the holiday ad showing a wife getting a Peloton-connected fitness bike for Christmas saw the company subjected to waves of scorn, but it also earned it incalculable free media coverage. 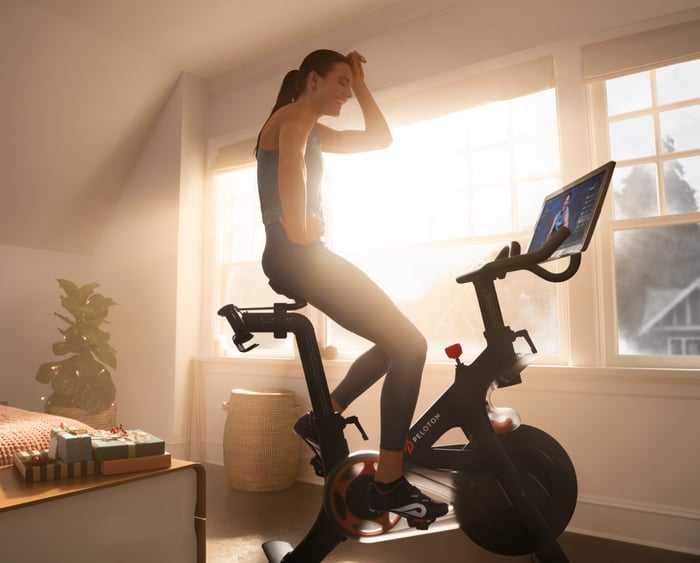 Peloton then got socked a second time when it announced it was lowering the cost of a digital subscription, the one consumers can sign up for without purchasing one of its pricey stationary bikes, to attract more customers. Coupled with the holiday ad, it seems to validate the criticism that the high-end bike maker is out of touch with the average consumer.

However, it would be a mistake to buy into that conventional wisdom. Peloton's stock may be overvalued even after falling from the highs it reached following its September IPO, but the Christmas ad and lowering the price of a digital subscription are not reasons enough to avoid this stock. In fact, Peloton is smart to make its subscriptions more accessible.

Forget the holiday ad kerfuffle. That was much ado about nothing, and those bellyaching the most are undoubtedly not the consumers Peloton targets and would never have bought its exercise equipment in the first place. Rage mobs will rage on social media, and companies would do well to just block out the noise.

The digital subscription could be a more pertinent concern, as it goes to the heart of Peloton's sales and profits drive. Lowering the cost could reduce how much money it generates from subscriptions, currently accounting for almost 30% of revenue, but Peloton can make up in volume what it loses in the higher price if it's able to attract more customers.

Digital subscriptions are gravy for Peloton. It makes the vast bulk of its money from selling its high-priced connected fitness equipment, but attached to them are mandatory subscriptions to its fitness classes that go for $39 per month. It didn't cut that price, so its primary money-maker remains intact.

What Peloton is doing by lowering the cost of a subscription not tethered to any of its equipment is luring more potential customers in, who may then decide the connected equipment it sells could be worth the cost.

Get on your bike and ride

Recently, Peloton announced it was going to expand its line of exercise pieces. It would soon introduce a new rowing machine and a treadmill cheaper than the cramp-inducing $4,300 at which its current model starts.

It also just said it was launching apps that would work with both Apple's Watch and Amazon.com's Fire TV. The Apple Watch app will let users track their heart rates during workouts, along with monitoring how far and how fast they're running, while the Fire TV app will help people work out at home by taking digital classes using their own equipment.

That does open Peloton up to the potential of a flood of consumers buying an exercise bike at Walmart and signing up for a new, cheaper digital subscription, but such revenue streams carry high margins. It really doesn't cost Peloton any money to add on another subscriber.

While being out in nature or otherwise physically active in the real world is perhaps the best exercise one can get, desk-bound city dwellers may find a Peloton exercise class the next best option. Making them available and accessible to more people through lower pricing is a smart decision.

Again, at more than 8.5 times sales, Peloton's stock might be as overpriced as its connected exercise equipment, and renting out expensive studios in New York City and London to conduct its classes may be a premium it doesn't need to pay. Yet Peloton is still a company to watch, and as it adjusts its equipment and subscription offerings to make them more accessible, it may find the right combination that could make its stock a buy.