Two years ago, I predicted that the rapid rise and extreme success of free language learning app Duolingo would mark a death knell for rival, CD-ROM-based language instructor Rosetta Stone (NYSE:RST). So how has that worked out?

I'm afraid you're going to have to score me 1-for-2 on that prediction -- no better than a coin flip.

In my defense, the numbers all seemed to be heading in just one direction. After growing five times in size in its first four years in business, Rosetta Stone's sales growth slowed in 2011, stalled in 2012, and shifted into reverse thereafter. By 2010, the company had stopped earning money (it hasn't earned a penny in profit since). As Duolingo grew its user base past 200 million between 2012 and 2018, Rosetta's sales slumped 36%, according to data from S&P Global Market Intelligence.

Despite the abysmal numbers, Rosetta management has at least managed to arrest the stock's fall. From the end of 2017 through the summer of 2019, Rosetta Stone stock actually doubled. And while it's given back a lot of its gains since, Rosetta today still trades slightly above where it did back when I predicted its demise two years ago. Credit for that probably goes to a heroic effort to halt the declines in sales (sales through the end of the third quarter are up about 5% this year), as well as management's ability to (almost) return the company to positive free cash flow.

So do I recommend investing in Rosetta Stone today? Actually, not really, no. Management is to be commended for (mostly) righting the ship, but Rosetta Stone still isn't generating cash and still isn't earning a profit, and its sales, while growing, aren't burning any barns. At best, at this point I see Rosetta Stone probably eking out a living as a low-to-no-growth, unprofitable bit player in language learning, lingering on in Duolingo's shadow.

It's not going away, but neither is it going anywhere fast.

But what about the company that is casting that shadow? What about Duolingo itself? 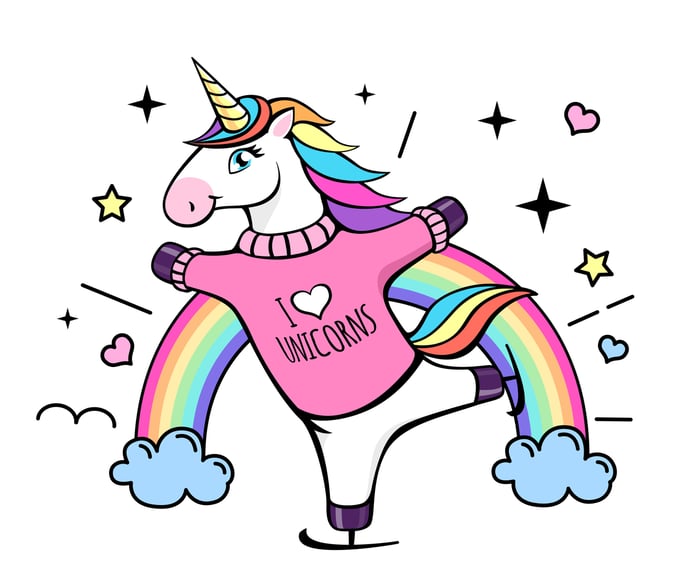 A tech unicorn is born

Two years ago, Duolingo was already on a roll. To help cover annual operating costs of roughly $20 million, it had just announced a new round of private funding ($25 million worth) that valued the company at $700 million, closing in on "tech unicorn" status.

But it turns out, Duo may not have needed all that money.

Thanks to cash flowing in from new initiatives such as a for-pay "Duolingo Plus" subscription that removes ads from the app and permits downloads, Duolingo's $25 million in funding raised in 2017 actually lasted more than two years. (This despite the payroll more than doubling from 95 to 200-plus employees, with a corresponding increase in operating costs.) Today, Duo says it's "booking" subscriptions at the rate of $100 million a year, making it now "the top-grossing education app worldwide."

Is an IPO possible?

What does this mean in terms of valuation -- and Duolingo's prospects for a future IPO? Earlier this week, Duolingo announced a new capital raise of $30 million, valuing the company as a whole at $1.5 billion (and, incidentally, cementing its status as a tech unicorn). At that market cap, and assuming $100 million in bookings ultimately turn into $100 million in revenue, the company is being valued at a steep 15-times sales valuation.

For comparison, that's similar to the valuations of fast-growing publicly traded tech companies such as MercadoLibre (14 times sales), DocuSign (15x sales), and Roku (18x). On the other hand, it's not nearly as expensive as, say, Atlassian (23x), Slack (24x), or Zoom Video -- which sells for a whopping 41 times trailing sales.

In short, despite doubling in value in just two short years, new tech unicorn Duolingo actually looks pretty reasonably valued in this current market where investors are emphasizing revenue growth over profitability. (To be clear, Duolingo hasn't said that it isn't profitable ... but neither has it said that it is profitable.)

To me, this leaves open the possibility that with a revenue stream now in place, and growth still going great, at some point in the future it could be possible to own a piece of this great growth story.