Last week, the U.S., Canada, and Mexico agreed in principle to final changes to the United States-Mexico-Canada Agreement (USMCA) trade deal, which would update the 1993 North American Free Trade Agreement (NAFTA). The three countries' negotiators wrote the bill last year, but each country's legislatures needed to ratify the agreement, and Democrats in Congress asked for changes this year before ratification.

However, it looks like there's finally bipartisan consensus to ratify the updated agreement. The bill now has the blessing of both the Trump Administration and Democrats in Congress, and it appears that it will soon be ratified by Canada's parliament, as well. Mexico's Senate ratified the updated deal on Thursday, Dec. 12.

Two of the industries with the most at stake are the U.S. steel industry and the U.S. auto industry. Both have had their share of trouble combatting imports from low-wage countries over the past decade, mainly from China but also from Mexico. As such, many industry executives have pushed for the bill's passage to help fix the problem and end the uncertainty around tariffs and quotas.

Here's how the bill shook out for these key players. 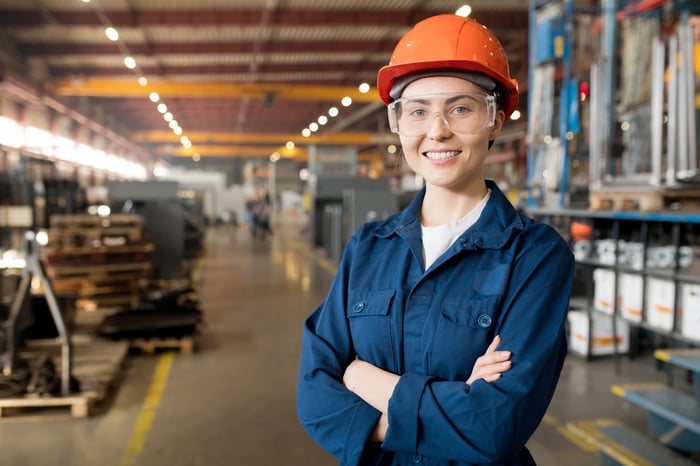 Made in the good ol' USA (or Mexico or Canada)

Perhaps most importantly, the USMCA requires that 75% of work on vehicles be done within North America in order to avoid import tariffs. That's a boost from NAFTA's quota, which was only 62.5%. In addition, 30% of the work must be done by workers earning $16 per hour, and that number will gradually move up to 40% by 2023.

The $16 per-hour quota is three times the average Mexican worker wage rate, but the bill also comes with provisions that make it easier for Mexican workers to unionize and imposes stricter safety and environmental guidelines. These could have the effect of balancing out the wage disparity between Mexico and the U.S. and Canada.

This looks like a big win for labor in all countries, and there are even strict penalties within the bill for violations and failures to hit timelines. These measures managed to garner support from the AFL-CIO union, a rarity for any international trade deal, as well as the United Steelworkers union. However, the International Association of Machinists opposed the deal, saying it didn't do enough to prevent outsourcing in the aerospace industry.

On aluminum and steel

Not only does 75% of work need to be done within North America, but 70% of a vehicle's steel and aluminum must be purchased from North American producers, as well. Adding further protections, a last-minute change to the bill included a provision that steel must be "melted and poured" within these countries to qualify for the tariff exemption -- though this important provision will be phased in over time. This is because many steel products had gotten around the Section 232 tariffs of 2018 by shipping to Mexico, after Mexico was granted an exemption from 232 tariffs earlier this year.

Mexican steelmakers would then only slightly alter the product before shipping into the U.S. This has led to a flood of foreign imports impacting the market for certain steel grades, particularly electrical steels.

Thus, the new "melted and poured" provision was added late in the talks to close this loophole. However, the provision won't go into effect for seven years. This time lag was conceded so that the Mexican and Canadian steel industry would have time to adjust.

Thus, while it's good that the loophole was closed, U.S. steelmakers could still see some pressure from imports for the foreseeable future. A similar provision for aluminum was scrapped, but the countries will revisit the "melted and poured" issue on aluminum in 10 years.

A boon for U.S. steelmakers?

These changes were designed to pull off a delicate balancing act between helping the U.S. steel industry while also strengthening ties between the U.S., Mexico, and Canada. If the new regulations work as intended, they could be a boon for U.S. steelmakers such as U.S. Steel, Nucor, and Steel Dynamics. They could also make Cleveland Cliffs (NYSE:CLF) management look like geniuses for scooping up AK Steel at bargain prices just two weeks ago.

AK Steel (NYSE:AKS) gets roughly two-thirds of its revenue from U.S. automakers, with a smaller but significant segment in electrical steels, which have been hurt by imported Mexican steels originating outside the country. Thus, AK Steel could benefit the most from the closing of the "melted and poured" loophole. But remember, this will be phased in over seven years.

While the protections in the bill were meant to boost these domestic steel players, there are still some risks. Increased restrictions will likely boost production costs for U.S. automakers, causing them to raise prices on automobiles. If prices rise too much, it could dent overall automobile demand, which could negate the increased usage of North American-made steel.

Nevertheless, according to a survey conducted last year, 78% of auto executives thought the USMCA would be a long-term positive for the auto industry, despite rising costs. This may be due to the certainty around long-term policy and the fact that the USMCA is a better alternative than imposing Section 232 tariffs on Mexico and Canada.

Leaning to the positive

All in all, with most auto and steel executives pushing for the USMCA, its final ratification is likely good news, especially for domestic steelmakers. While higher auto prices and competition from Canada and Mexico remain, the final deal is likely a better alternative to more foreign imports or Section 232 tariffs within North America. As such, it's no surprise that steel stocks have generally risen off their lows from the August-October period in anticipation of a deal.