The United States and China reached a partial deal in the ongoing trade war.

Shares of major steel stocks rose as much as 13.7% on Friday after the United States and China announced that they had agreed to a partial truce in the trade war. The "phase one" agreement will take weeks to write out and won't be signed until November -- if it's signed at all -- but that didn't stop global investors from breathing a sigh of relief. 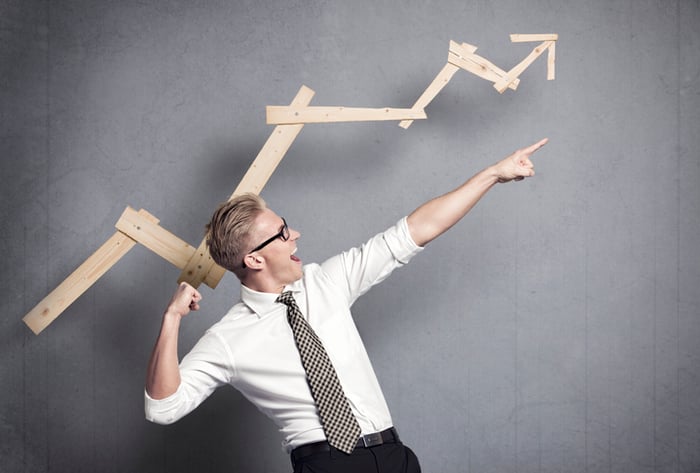 The thinking behind Friday's market rally is simple: If the world's two largest economies can stop bickering, it could help to keep China's industrial-heavy economy humming along. That could lead to a trickle-up effect, boosting optimism among Chinese consumers and encouraging them to purchase more goods. Commodity prices for crude oil, aluminum, and iron ore, among others, rose on news of the agreement.

A potential trade truce that keeps the global economic expansion going would surely benefit steel producers. Many major steel stocks have plummeted in the last year as investors fear that the cyclical industry is at, near, or even a little past its peak. Shares of U.S. Steel, AK Steel, and Timkensteel have lost between 45% and 59% in the past 12 months -- and that includes Friday's pop.

Of course, the trade war hasn't been the sole source of misery for the industry. Tariffs meant to protect American steel producers haven't had the impact originally expected, primarily because investors have held businesses accountable for poor investments. For example, U.S. Steel recently funded a $700 million expansion entirely with debt, which could backfire if steel prices tumble on weak global demand.

Similarly, AK Steel stock has been downgraded due to concerns about overexpansion and the near-term and long-term effects on steel prices, which would impact the business.

While Wall Street struck an optimistic tone before heading off for the weekend, investors may not want to get too carried away just yet. The United States and China essentially made an agreement to write an agreement, but much work remains. The agreement has to be drafted and signed, and the lack of details makes it difficult to gauge if the terms will be politically feasible for either side.

Either way, several major steel producers have other problems to worry about that won't necessarily be erased if the partial truce becomes reality.

Trump's Tariffs Were Supposed to Help Steel Stocks. So Why Are They Down in 2018?