Ambarella's (NASDAQ:AMBA) rapid rise in recent months might lead you to believe that this is a top growth stock that's riding on the artificial intelligence (AI) gravy train. Shares of the video-chip processing specialist have taken off thanks to the terrific turnaround in its financial performance. 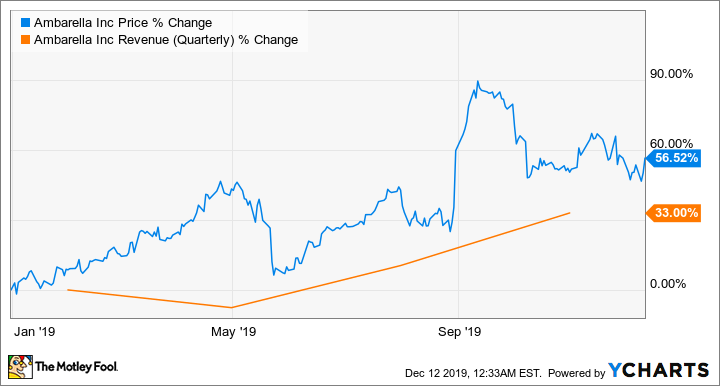 The story continued in November as Ambarella delivered stronger-than-anticipated fiscal-third-quarter 2020 results. Revenue jumped in the high teens, losses receded, and the guidance was also better than what Wall Street was anticipating. But starting a long position in Ambarella stock might not be a good idea, even though it has done consistently well over the past couple of quarters. Let me explain why.

Ambarella's prospects are shrouded in uncertainty

Ambarella is right in the middle of the U.S.-China trade war, as it gets substantial business from companies based in the Middle Kingdom. The chipmaker's worst fears came true in October when the Trump administration decided to add video surveillance specialists Dahua and Hikvision to the Entity List.

The Commerce Department made this move citing the role played by Hikvision, Dahua, and other agencies in the oppression of Uighur Muslims and other minorities in China. As a result, these two companies cannot lay their hands on American technology anymore without getting approval from Washington. This effectively means that Ambarella cannot ship its chips to these two security camera makers anymore. 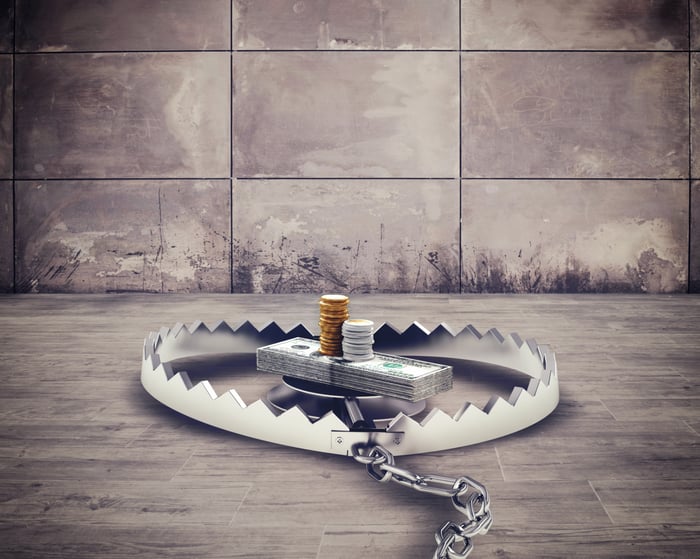 Ambarella can apply for an export request with the Commerce Department to bypass the restrictions, but such licenses take a long time to get approved. For instance, over 130 export licenses to Huawei were pending in August this year, as it was not clear whether they should be approved or not. The number of applications swelled to 300 last month. It was only in late November that the Commerce Department decided to approve a quarter of the pending licenses.

Ambarella might not be lucky enough to get a license, as the latest additions to the Entity List -- including Hikvision and Dahua -- have been accused of human rights violations. According to Secretary of Commerce Wilbur Ross:

This action will ensure that our technologies, fostered in an environment of individual liberty and free enterprise, are not used to repress defenseless minority populations.

No shipments to these two companies would be a big blow for Ambarella. That's because, according to Needham analyst N. Quinn Bolton, the two companies account for around 25% to 30% of Ambarella's annual top line. Not surprisingly, management struck a note of caution over the latest earnings conference call and pointed out that it is becoming difficult to accurately forecast the financial performance in light of the uncertain "geopolitical and economic environment."

Ambarella's third quarter ended on Oct. 31, so there's a good chance that it might not be able to achieve guidance for the current quarter given the addition of two important clients to the Entity List.

Moreover, there's a possibility that the company's Chinese clients decided to stock up on chips fearing that restrictions might come into play, thereby driving up the company's third-quarter sales. CEO Fermi Wang made comments alluding to this: "Security camera revenue was driven by strong underlying consumption as recently reported by several of our large customers, as well as inventory restocking at our customers in China and the share gains."

Ambarella management stresses that the company is transforming itself from a "pure video processing company to an AI and computer vision company." The company claims to have generated preproduction computer vision revenue from over 50 customers last quarter and also said that it has scored several design wins.

However, Ambarella investors should note that the company gets over 63% of its revenue from WT Microelectronics, a Taiwan-based distribution partner that ships its chips to several Asian customers. WT's website states that the company has "an extensive marketing and sales channel with over 40 regional offices in China, Korea, Singapore, India, Thailand, and Malaysia," but most of them are in China.

More specifically, WT Microelectronics has around 30 offices in China, including two warehouses. So it is evident where the company is getting most of its business from. This could be bad news for Ambarella as the majority of WT's distribution network seems to lean toward China.

Meanwhile, the U.S.-China trade war continues as the two countries appear to have reached agreement on a "phase one" trade deal but haven't released the full details on that deal nor officially signed it, despite prolonged negotiations. President Trump's recent decision to support pro-democracy supporters in Hong Kong could increase tensions between Washington and Beijing.

Amid all this uncertainty, it would be a bad idea to bet on Ambarella, as the small-cap stock's terrific rise could fizzle out, leaving investors high and dry.