It's not just speculators buying into stocks with low price tags. There are plenty of promising investments trading in the single digits, as long as you have the stomach for the risks you'll be taking by snapping up stocks that are either out of favor or not on Wall Street's radar.

Groupon (NASDAQ:GRPN), SmileDirectClub (NASDAQ:SDC), and Ford (NYSE:F) are some of the intriguing stocks that are fetching less than $10 a share right now. Let's look at why these investments can claw their way back into double digits in the year ahead. The prices listed were as of Tuesday's close. 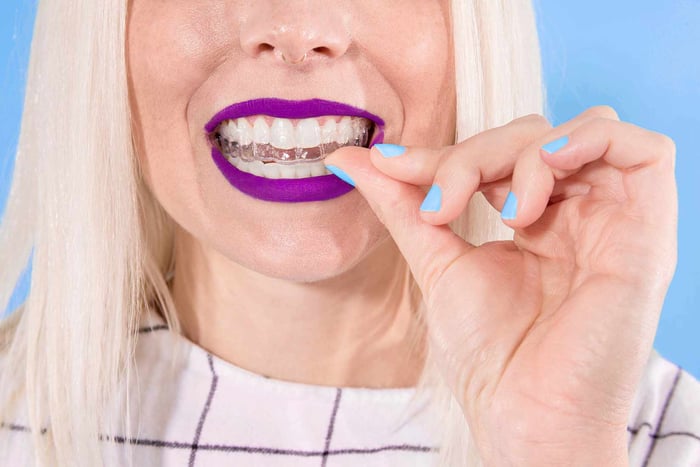 These are discounted times for the online deal-maker. Groupon's trading near the all-time lows it set three years ago, and business is going the wrong way. Revenue has fallen for 15 consecutive quarters, and that includes its largest decline (a 16% year-over-year drop), which it reported in its latest financial update.

It was easy to overlook the initial slide, as it was largely a result of Groupon pulling out of unprofitable international markets. But these days, even the business closer to home that it wanted to focus on has come undone. Revenue and even the number of customers in North America are declining, and earlier this week the stock was downgraded to a sell by Goldman Sachs.

The silver lining here is that part of the retreat is strategic. Gross profit per active customer is actually inching higher as Groupon pivots away from low-margin offerings. A turnaround will take time, but as the stock nears its historic lows, it's easy to see it bouncing back in 2020 if the market perceives that Groupon is at least bottoming out at this point.

There are plenty of IPOs that have tanked this year, and SmileDirectClub has certainly gone through some teething pain in its first year on the market. The provider of clear dental aligners (at a discount to a traditional orthodontist) hit the market at $23 just three months ago. The fact that it's coming up in a column about stocks trading below $10 tells you all you need to know about the rough rookie season for SmileDirectClub.

The business' concept is gaining in popularity. Revenue did jump 51% in last month's third-quarter report. Unfortunately for investors, its guidance for the current quarter was disappointing. It goes without saying that investing in IPOs is risky, and those dangers are only heightened when a debutante plunges after its first financial update as a public company.

But growth ultimately matters. SmileDirectClub's platform is gaining traction, and while there may have been valuation concerns out of the gate back in September, they don't apply anymore with its stock shedding roughly two-thirds of its value.

Things haven't been easy for Ford in recent years. Auto ownership trends in general are problematic, and Ford has been a laggard within its industry. The stock's 6.4% yield is a strong selling point here, but naturally a dividend isn't sustainable if a company is stuck in reverse. Its leveraged balance sheet isn't a good look when business isn't humming along like many of its cars.

You have to go back to 2013 to find the last year that Ford came through with a double-digit percentage gain in revenue, and it's been rolling out small deficits in each of this year's first three quarters. Business has been particularly sluggish abroad. The argument for Ford is that it has a killer brand and a meaty dividend as investors wait out a turnaround overseas.