Roku (NASDAQ:ROKU) has seen its advertising business gain considerable strength over the last couple of years. Its platform business has generated over $630 million in revenue over the trailing 12 months, and it grew 79% year over year last quarter. Management has said that advertising accounts for as much as 75% of its platform revenue in some quarters. This year, Roku will generate about $600 million in ad revenue, according to an estimate from RBC Capital's Mark Mahaney.

Ad revenue will grow 2.5 times over the next few years, reaching $1.5 billion in 2022, Mahaney says. Meanwhile, U.S. connected TV ad spending is only expected to grow at about half that rate in the same period based on a forecast from eMarketer.

Despite increased competition in connected TV advertising from Amazon (NASDAQ:AMZN) as well as a push by traditional pay-TV providers to move into the connected TV space, Roku is growing its share of the burgeoning advertising market. 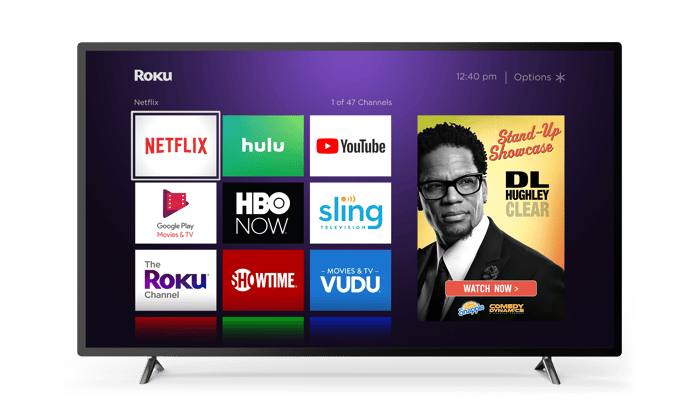 Owning the biggest audience in television

The amount of ad inventory Roku controls is quite impressive. It has 32.3 million active accounts spending an average of over 3.5 hours per day on its platform. A growing percentage of those users are using one of Roku's smart TVs, which the company says account for about one-in-three smart TV sales in the U.S.

Roku accounts for 44% of all streaming hours in the United States. Its next closest competitor, Amazon, totals just 20% of streaming despite its claim that it has more total users than Roku.

The size of Roku's highly engaged audience enables it to demand relatively high ad prices. The company reportedly commands $30 per 1,000 impressions, which is one of the highest rates in the media industry.

Roku's ad rates will continue to climb higher as it improves its ad technology. It recently acquired Dataxu, a demand-side platform for digital video ads. Integrating that into its technology along with continued innovations in technology and ad formats should help it grow ad prices. Roku's smart TVs offer especially useful data on its users and unique advertising opportunities that Roku still hasn't yet fully explored.

Roku's competition is coming for it

Meanwhile, Comcast (NASDAQ:CMCSA) and AT&T (NYSE:T) are pushing their own set-top boxes with a focus on streaming. Comcast's Xfinity Flex is now available for free to the cable company's broadband subscribers who also pay for its modem and internet gateway. Flex offers access to select premium over-the-top services as well as thousands of free on-demand titles.

AT&T will start pushing customers to AT&T TV and its Android set-top box in February. AT&T TV integrates live TV with popular streaming platforms, and it says it supports "thousands of apps." The pay-TV leader expects AT&T TV to drive the majority of its TV subscriber gross additions starting next year, so it could rapidly displace the need for Roku devices.

All three companies have significant advertising businesses. Amazon is already the third-largest digital advertising company in the U.S. Comcast and AT&T have footholds in traditional TV advertising, and Comcast's Freewheel is one of the leading TV ad buying platforms. Still, all of them are chasing Roku, which has seen its audience size and engagement grow quarter after quarter.

At the same time, Roku's CEO Anthony Wood is keen to point out that marketers still spend about $70 billion on traditional TV advertising. There's plenty of room for Roku to grow and for the competition to enter the space.