Wall Street knows a lot of stocks -- or more precisely, a lot of Wall Street analysts know a lot about a few stocks.

If you want to know what analysts think about a company like Apple, for example, there's no shortage of opinions. According to the data miners at S&P Global Market Intelligence, no fewer than 45 separate analysts include Apple stock in their coverage. (Hint: Most of them love it.) Amazon has 48 analyst ratings on record. Why, even a relatively ho-hum industry like metals attracts significant coverage. Fourteen analysts look closely to see what Alcoa reports every quarter.

With so many expert eyes getting paid to pore over these companies' financials full-time, though, what are the chances that you, the individual investor, will figure out something that they haven't already noticed?

If you want to gain a competitive advantage over Wall Street, your best bet is to focus on stocks that aren't currently on Wall Street's radar. And the best way I know of to do that is to find yourself some stocks that have precisely zero analyst coverage.

Here are three such rare birds for your consideration: Miller Industries (NYSE:MLR), The Cato Corporation (NYSE:CATO), and Morningstar (NASDAQ:MORN). 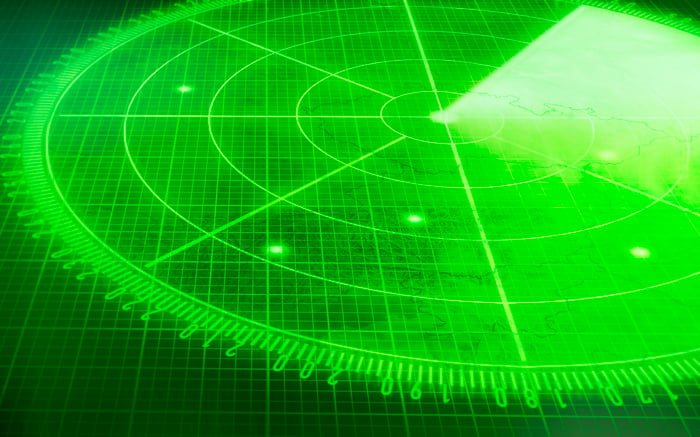 Starting small and slowly getting bigger, we'll begin with Miller Industries, a maker of towing and recovery equipment -- "tow trucks" in the popular parlance -- based out of Ooltewah, Tennessee.

Valued at just $418 million and change, Miller is a bona fide small-cap stock, with an even smaller valuation of just 11 times trailing earnings. Now, is that a cheap valuation relative to projected growth rates? That's impossible to answer! Because as I just pointed out, no one on Wall Street is following Miller Industries stock, and therefore there are no projected growth rates against which to weigh its valuation.

What we do know, though, is that over the past five years, Miller Industries has successfully grown its earnings at an annualized rate of nearly 27%. And so far this year, sales are up 15% and earnings are up about 18.5% over last year. So right now, at least, I'd say that growth prospects are looking pretty good -- certainly good enough to justify a P/E ratio that's just half the average P/E of most S&P 500 stocks.

With management recently reaffirming its confidence "in the strength of our backlog and the underlying positive fundamentals in all our end markets," things are looking good for Miller Industries stock -- whether Wall Street has noticed that or not.

Actually, check that. While small in terms of market capitalization ($433 million) and valuation -- trading for 12.1 times trailing earnings, almost as cheap as Miller -- Cato isn't some mom-and-pop shop of an operation, but a retailer with seven brand names to its credit and a network of more than 1,300 stores stretching across 31 states. And yet, it's so little known that not only is no one on Wall Street following it, but we also haven't followed it, either. The last Motley Fool article discussing Cato's business was published more than a year ago!

Cato's particularly strong on the free cash flow front, regularly churning out cash profits far in excess of its reported GAAP net income. Over the past 12 months, for example, free cash flow ran in excess of $49 million -- 37% ahead of reported income. This means that, when valued on its free cash, Cato is actually even cheaper than its P/E makes it look, trading for less than nine times free cash flow. And with all that cash at its disposal, the company is able to pay its shareholders a monster 7.4% dividend yield.

It's flying below Wall Street's radar for now, but if Cato keeps going the way it's headed, I wouldn't expect it to remain undiscovered for long.

Last but not least, we come to the real "star" of this list. Because believe it or not, Morningstar -- the $6.5 billion company that made a business of rating mutual funds to help Main Street investors make educated choices on their fund investments -- gets zero coverage on Wall Street.

And that's a shame, because it means a lot of Main Street investors (who take their cues from Wall Street analysts) probably missed out on Morningstar's surprisingly strong run this year, as its stock surged nearly 32% in value.

Now, does this mean it's too late to buy in to Morningstar? Maybe. At 39 times trailing earnings, Morningstar stock is far and away the priciest equity on today's list. On the other hand, though, the company boasts very strong free cash flow (see Cato, above) of $279 million. Valued on those cash profits, Morningstar's price-to-free-cash-flow ratio is a more modest 23.2.

Granted, it's hard to say for certain that even this valuation is cheap enough to buy. Last quarter's performance was mixed, with sales up strongly (20% year over year) but earnings down. That lack of earnings growth is disconcerting. Still, over the last five years, Morningstar has managed to grow its earnings at about 16.4% annually. With sales growth still looking strong, I'd bet earnings growth will resume at the company sooner or later.

My advice to you would be: Keep a close eye on Morningstar's quarterly reports. Since Wall Street isn't even bothering to look, chances are good you'll know when Morningstar turns the corner before analysts even suspect it's happening.