It's safe to say that 2019 has been a good year to own AT&T's (NYSE:T) stock, and there's no reason to believe the party is over. Investors who bought at the beginning of the year are sitting on market-beating gains of more than 30% -- amazing for a company that many regard as a boring dividend play.

Though press coverage often centers on its long-awaited acquisition of Time Warner or whether its DirecTV subsidiary will get back on track, AT&T Mobility is still the belle of the ball -- it represents about 40% of the company's revenue and more than 50% of EBITDA. And long-term investors can take heart that AT&T is making plans to fortify its most important division -- its new wireless plans should turn some heads toward Ma Bell. In addition, the company's plans to retire debt, and buy back stock, should help continue its impressive run. 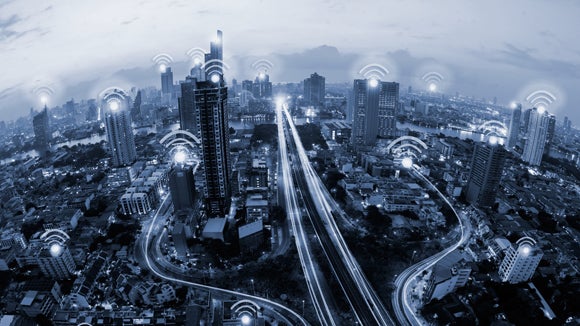 AT&T recently revamped its wireless plan pricing, and it seems the target of these improved plans is T-Mobile. It might seem strange to suggest that the No. 2 carrier would go after No. 3. However, T-Mobile recently reported its 26th straight quarter of more than 1 million net new postpaid customers; by comparison, AT&T actually lost 326,000 net postpaid subscribers in the third quarter.

Hidden behind these numbers is AT&T Mobility's secret sauce, which is Connected Devices. In the last quarter, this segment witnessed growth of more than 29% year over year, to more than 62 million. T-Mobile is playing in a different ballpark, with just 5% annual growth in devices to a total of 320,000.

With AT&T's postpaid subscribers (think smartphones and tablets) down 1.3%, it's not hard to imagine how impressive Mobility's results might be if AT&T could return to postpaid growth. This brings us back to AT&T new wireless strategy. If we compare AT&T and T-Mobile's current plans, it seems clear that Ma Bell wants to get her groove back.

AT&T isn't cheaper than T-Mobile, but in certain situations the value seems competitive. For those who use their phones as a mobile hotspot, AT&T beats T-Mobile across the board. And a big benefit of Unlimited Elite is a huge 100GB data cap before throttling, compared to 50GB on T-Mobile's Magenta Plus plan. This could be significant as 5G become more commonplace.

If AT&T Mobility revenue generated 2% growth because of more attractive pricing, this would add just over $1.4 billion in annual revenue. That's fairly reasonable. First, as AT&T rolls out 5G in earnest, AT&T should have a significant competitive advantage. Second, the company managed flat growth with its old plans, and with better pricing and features it's not hard to imagine customers taking notice. Third, AT&T has become aggressive with offering free top-of-the-line smartphones for those who switch services. Though the company has to eat the cost, the longer-term subscription value is well worth the short-term hit.

AT&T plans to use about 50% of its free cash flow after paying the dividend to retire shares issued in the Time Warner deal. The overarching theme by AT&T management seems to be to get the company close to where it was before this mega-merger. AT&T's stock carries a forward P/E ratio of about 10, comfortably below its 10-year average, so I think management is smart to strike while the iron is hot. For example, the company recently said it has already begun buying back stock and is evaluating a 100-million accelerated share repurchase program for the first quarter of 2020.

The company is on target to post $28 billion in free cash flow this year and expects to grow this number to as much as $32 billion by 2022. Looking at the current quarter, AT&T generated roughly $2 billion in core free cash flow after dividend payments.

So, using last quarter as a template, AT&T could theoretically spend $8 billion on annual share repurchases. With about 7.3 billion shares outstanding, this level of expenditure would equal about 2.7% of the common stock.

A worry that seems to follow AT&T is the company's significant long-term debt. What skeptics seem to be missing is the progress the company has already made.

By the third quarter, net long-term debt had been reduced to just over $158 billion. With roughly $22 billion net debt retired since the merger, and another $8 billion to be retired by the end of 2019, AT&T is serious about getting its balance sheet in order. CFO John Stephens said, "By the end of 2022, AT&T expects to retire 100% of the debt it incurred to acquire Time Warner... and expects this to lead to an upgrade in its debt ratings." To help accomplish this goal, AT&T believes it can monetize between $5 billion and $10 billion in assets over 2020.

AT&T is improving its wireless offerings to try improve growth in its most important segment. And it seems fully capable of funding meaningful share repurchases with its free cash flow. Assuming no revenue growth and no cost cutting, at current prices, AT&T could retire about 206 million of its 7.3 billion outstanding shares, or 2.8%. Since the company is expecting to grow revenue and cut expenses, it's likely share repurchases could prop up earnings per share by roughly 3% per year. In addition, continued debt retirement should help alleviate a worry that has been plaguing the company.

After AT&T's 36th consecutive dividend increase, the stock's current yield is 5.4%. If we assume 1% to 2% revenue growth, combined with share repurchases, this suggests earnings per share (EPS) growth of around 4% to 5% per year. With analysts projecting a forward P/E of just over 10, the shares look relatively cheap.