Weight Watchers International (NASDAQ:WW) shares rose after the company announced that Oprah Winfrey has extended her partnership deal with the company. She will continue to be on WW's board of directors until 2025. The popular media personality has been a board member, strategic partner, and shareholder since 2015. Oprah will also partner with WW to host a 2020 Vision tour to nine U.S. cities, featuring bold names like Michele Obama and Jennifer Lopez.

As part of her updated deal, Winfrey will have the option to buy an additional 3.3 million shares of WW, or 4.3% of WW's outstanding shares, adding to her existing 8% stake in the company. 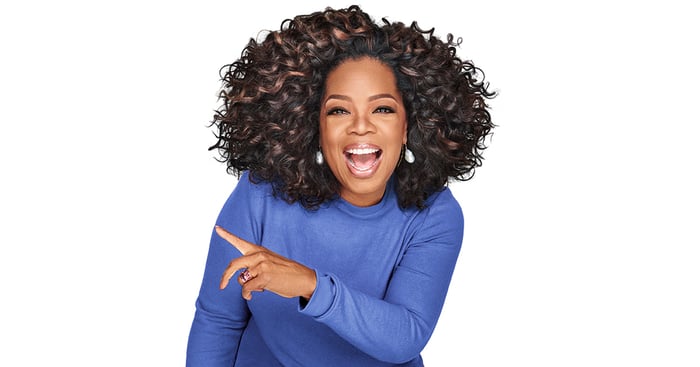 Meanwhile, Weight Watchers faces ongoing challenges to its sales growth, including increased competition and shifting consumer preferences. The company also went through a major rebranding last year, shifting its focus toward wellness overall. Is the company's deal with Oprah enough to keep growth going amid all these changes?

The extended deal is good, but the company has a lot on its plate

The wellness company's revenue fell 9.9% year over year during the second quarter and another 4.7% in the third quarter. Most of Weight Watchers' revenue comes from subscription sales for digital and studio packages. However, its pricier studio subscriptions have been seeing steady declines. In the third quarter, studio and digital subscribers decreased 7% year over year -- this followed an 11% decline in the second quarter. While digital sales are increasing, it hasn't been enough to offset the drop in the more profitable studio segment.

Meanwhile, consumers have an increasing number of options around weight loss and exercise goals. There's competitor Noom, an app-based wellness company that raised $58 million in funding earlier this year. Noom creates more flexible, personalized plans to help its customers reach health goals like weight loss. It also offers interactions with coaches. That's on top of the increasing number of health coaches and smaller wellness websites that sell their own subscription and coaching packages.

Another issue that Weight Watchers is facing is its confusing brand messaging. In its effort to modernize and keep up with shifting consumer demands, the company could be confusing its core client base. It now uses the terms "workshop" and "studio" instead of "meetings" and "groups." The prior message seemed to be one of offering support and connection to clients. The new message does not appear to stand out amid a sea of wellness and diet offerings, as evidenced by declining subscriber numbers.

Are shares a buy?

Oprah Winfrey is an influential spokesperson who can connect with Weight Watchers' core audience. She has been open and public about her own weight loss and health struggles. Oprah's brand is also built around trust and connection with her audience, two factors that will help the company's brand.

But while the updated deal with Oprah represents a move in the right direction, it might not be enough to offset the headwinds. The current valuation already bakes in any boost from the Oprah partnership. The wellness company trades at 21 times forward earnings estimates, and the stock is already up 140% from its 2019 lows. Given the rapid declines in its studio business, I would wait for both a pullback in share price and evidence of stabilizing subscriber and sales figures to buy shares in Weight Watchers.