When it comes to investing in e-commerce, a few names dominate the scene. Amazon is the 800-pound gorilla; Shopify has been helping just about anyone set up an online shop; and even Walmart has put together impressive e-commerce numbers over the past three years.

But the e-commerce stock that I'll be buying in 2020 may surprise some: Etsy (NASDAQ:ETSY). Some assume that the site is only for hobbyists -- that's fine. If you're like me, you'll take that indifference as a sign that there's an opportunity waiting. 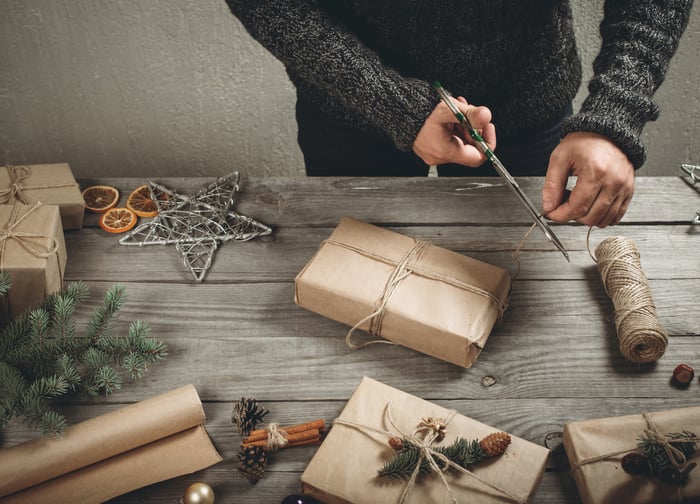 I'm as big an Amazon fan as anyone out there. It's one of my core holdings, and my family has used the service to buy over 2,000 items in the past decade.

But recently, I've become disillusioned. Reviews are clearly being gamed; I can't trust where the products are coming from; and the search results don't point me toward the best products -- they point me toward ads.

That leaves the door open for Etsy, whose mission is "to make commerce human." It does that by bringing together small-scale artisans with customers who are looking for something different. These days, the experience of shopping on Etsy is night and day from the Amazon experience -- and that's a good thing!

The company generates revenue in two ways: the first by collecting fees on listings and completed transactions on its marketplace and the second by charging for additional services -- such as advertising and printing shipping labels, among others.

Protected by a growing moat

What's really important is the network effect that Etsy can leverage. As more people flock to its marketplace to buy handcrafted goods, more sellers are also attracted to the site. That draws in even more buyers, creating a virtuous circle.

The value of the company's brand is paramount: If customers believe they'll find what they're looking for at Etsy, they'll keep coming back. Recently, the growth in both buyers and sellers has accelerated -- meaning the company could be reaching a tipping point in even broader adoption.

You could be forgiven for assuming this company -- which is worth only $5 billion and only priced its IPO in 2015 -- was on shaky financial footing, but nothing could be further from the truth. 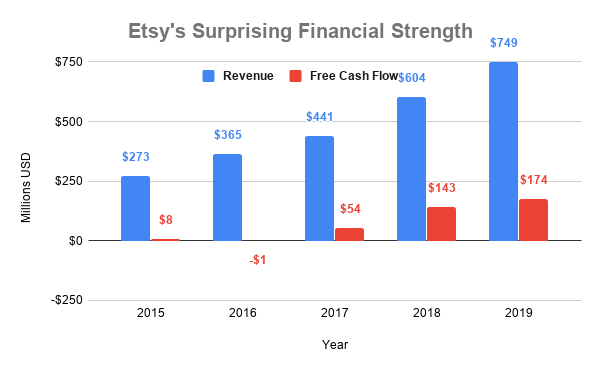 Over the past 12 months, Etsy has been able to convert over 23% of every dollar collected into free cash flow. And the revenue the company has raked in is growing at a compounded rate of nearly 30% since 2015.

What I'll be doing

Despite all this, shares are trading for just under 30 times free cash flow. While that's not exactly cheap, I think it's more than a fair deal. Earlier this year investors got spooked when the company announced some changes to its advertising and marketing practices.

As I said at the beginning, I'll accept that fear as an opportunity to buy shares in the near future. Investors looking for an under-the-radar e-commerce stock to buy heading into the new year would do themselves a favor by giving Etsy a look.