You can't accuse Bed Bath & Beyond's (NASDAQ:BBBY) new CEO of lollygagging on the job. Two months in and Mark Tritton is already waging a new campaign to clean house at the home furnishings retailer, firing five top executives just before Christmas on top of a sixth executive who resigned last week.

Bed Bath & Beyond's activist investors purged executives and directors from the company soon after taking control, and the home goods shop is being set up to get a whole new look. 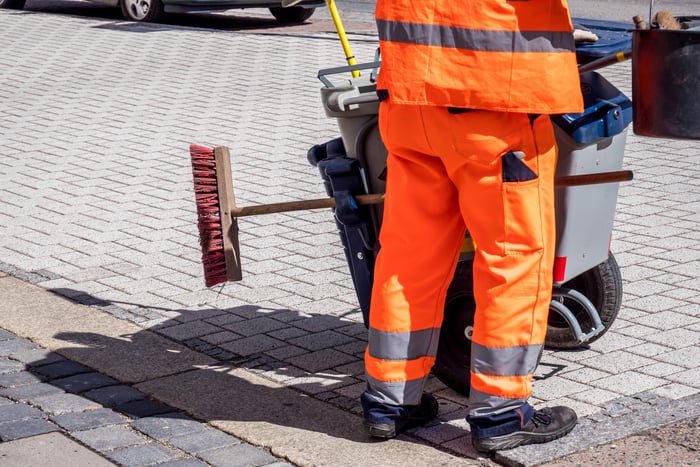 CEO Tritton said in a statement that the retailer needed fresh eyes on its business if it ever hoped to change direction. He also promised more changes to come, and he plans to lay out his vision for what Bed Bath & Beyond will become early next year. "This is the first in a number of important steps we're taking. Balancing our existing expertise with fresh perspectives from new, innovative leaders of change, will help us to better anticipate and support our customers in their life journeys and shopping needs."

Bold action is necessary because the path Bed Bath & Beyond has been on is one where ever fewer customers are shopping its stores or buying its merchandise. Revenue in the third quarter fell over 7% as comparable store sales tumbled 6.7%, even though it had a low bar to meet last year as the retailer hasn't reported a single quarter of higher comps in almost three years.

Analysts hold out hope that if anyone can change the retailer's direction it will be Tritton, who previously served as Target's chief merchandising officer.

Trying to be all things to all people

Bed Bath & Beyond needs structure. It has become a sprawling conglomerate of disparate businesses and websites, one with no real cohesion or uniform direction. It operates over 1,500 stores, mostly under its own banner but includes brick-and-mortar retailers buybuyBaby, Christmas Tree Shops, Cost Plus World Market, and Chefs Central, along with online sites PersonalizationMall, One Kings Lane, and Decorist.

The retailer reportedly hired Goldman Sachs to help it sort out what it should do with all these different assets. There was even talk that it had received an offer to buy out the whole company.

But Bed Bath & Beyond is determined to go it alone, and along with shedding executives, it's likely the new vision Tritton has for the home furnishings specialist will include slimming down that lineup of ancillary businesses.

Any turnaround won't be easy. Although the market responded positively to Tritton's gutting the C-suite, sending Bed Bath & Beyond's shares soaring 11% on the news, it still faces an uphill battle.

It is not only internal sloth that has plagued the retailer, but the rise of more effective competitors that offer everything Bed Bath & Beyond does just as conveniently, if not more so. It is being dominated by Amazon in the online arena and by Walmart and Target in the offline world. Moreover, each of those two mass merchandisers has an effective e-commerce presence, something Bed Bath & Beyond was very late in adopting for itself.

Now it is trying to come from behind. Fresh perspectives may be helpful, because the home goods retailer still has a lot of brand value left, but at this point it may be too late to mount much of a defense.

Tritton is fortunate that his business does still throw off a lot of cash that it can deploy to make the effort necessary. It reported nearly $1 billion in cash and equivalents at the end of the third quarter, and some $270 million in free cash flow over the last 12 months.

With the financial tools available to him, the new CEO has decided to start the New Year in a broom-swept condition, though it's still much too early to tell if it will be enough to make a difference.