With just days left in 2019, investors are looking ahead to see what companies have in store for the New Year. Apple (NASDAQ:AAPL) enjoyed a strong 2019 with year-to-date gains of 83% -- making it the stock's strongest performance in 10 years. That's partially a function of timing, as the broader market pulled back significantly in the final months of 2018 due, in large part, to growing recession fears. 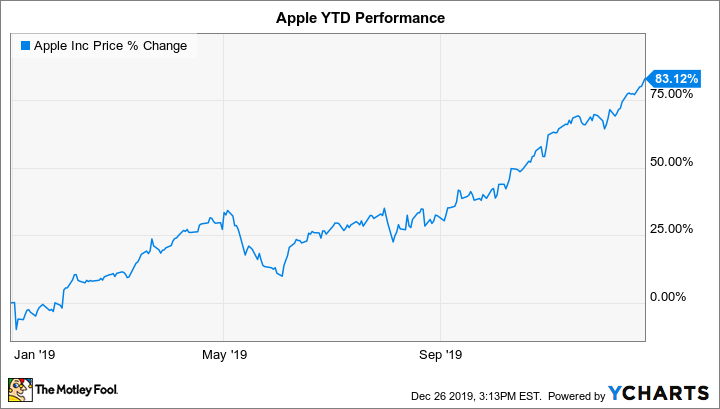 Here are three things to expect from the Cupertino tech behemoth in 2020.

Over the past couple of years, it was becoming increasingly clear that Intel wasn't going to be able to provide a competitive 5G modem for Apple in 2019. Apple kicked off a legal war with modem leader Qualcomm in early 2017, a dispute that continued to escalate and spread to courts all around the world. In a surprise announcement, the two companies settled in April, which included a multiyear chipset-supply agreement.

That paved the way for a 5G-equipped iPhone, although it was too late to launch the device in 2019 since smartphone design cycles take one to two years. Apple's 2020 iPhones are widely expected to support the next-generation cellular technology, potentially with four new models in the fall that support different 5G frequencies (mmWave vs. sub-6 GHz).

While certain iPhone and iPad models currently include 3D sensing technology in the form of a TrueDepth camera system and Face ID, Apple is also expected to add rear-facing 3D sensing capabilities to iPhones and iPads. A new iPad Pro could launch in the first half of 2020 with a new 3D sensor system, according to Bloomberg. 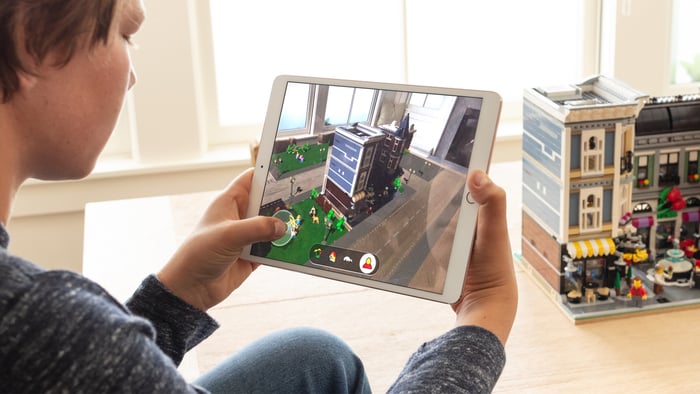 TrueDepth cameras currently use an approach called structured light, projecting 30,000 infrared dots onto a person's face in order to create a depth map. The rear-facing 3D sensors will likely adopt a time-of-flight technique to measure distance and create environmental maps.

Beyond 3D facial recognition, 3D sensing is critical to improving augmented reality (AR) features, which CEO Tim Cook has been talking up for years.

Apple is on the cusp of hitting $50 billion in services revenue. In early 2017, Apple set out an ambitious goal of doubling its services segment over four years. The company has largely delivered on that promise, and trailing-12-month (TTM) services revenue is currently $46.3 billion. At its current trajectory, Apple's services business will easily top the $50 billion threshold in 2020.

Driving that growth will be paid subscriptions. CFO Luca Maestri kicked off 2019 by setting another goal of hitting 500 million paid subscriptions at some point next year. "Given the continued strength and momentum in this part of the business, we now expect the number of paid subscriptions to surpass half a billion during 2020," Maestri said in January.