It's an open secret among defense investors: When the government approaches the end of a fiscal quarter, the Pentagon goes into panic mode. Act fast, or money appropriated for defense purchases won't get spent, and Congress may decide that, well, if the Pentagon didn't need to spend all that money last quarter, maybe it doesn't really need so much money next quarter, either.

Result: Every three months we see a mad dash as defense contracting clerks rush to shovel money out the door before the close of the quarter.

This quarter is no different. 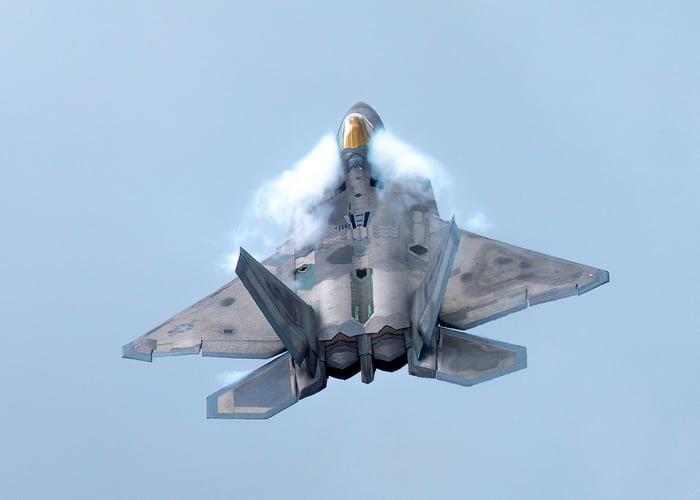 Raytheon was awarded a sole-source, cost-plus-incentive-fee, cost-plus-fixed-fee contract modification "definitizing" (i.e. establishing a final dollar value) a previously awarded contract to produce SM-3 Block IIA missiles for the U.S. Missile Defense Agency, another contract to deliver missiles under fiscal 2019, and a third contract to begin production of even more missiles to be acquired in fiscal 2020. In total, the value of this modification comes to just over $1.02 billion, covering the acquisition of 62 SM-3 Block IIA missiles for missile defense.

Raytheon won a slightly larger $1.03 billion contract from the U.S. Navy. Encompassing the "multi-year procurement" of Standard Missile-6 missiles (used not only for missile defense, but also anti-air and anti-surface) in the fiscal 2019-2023 timeframe, the contract is curiously not expected to be "complete" before October 2026.

Big as these two awards are, though, they're dwarfed in size by the contracts that Raytheon rival Lockheed Martin (NYSE:LMT) won.

And not by a little bit, either. Weighing in at $1.96 billion, the smaller of Lockheed's two big awards is nearly twice as big as Raytheon's biggest contract. For this sum, Lockheed will be tasked with building and delivering to the Saudi Arabian navy four Multi Mission Surface Combatant (MMSC) ships -- variants of the Freedom-class Littoral Combat Ship that Lockheed builds in cooperation with Fincantieri Marinette Marine for the U.S. Navy.

This contract has actually been in the works for more than a year now. Back in March of 2018, the Pentagon made a down payment on the contract (acting as an intermediary for the Saudis) when it awarded Lockheed more than $480 million to pay for long-lead-time materials needed to begin construction. But with the addition of last week's $1.96 billion in "modification" funds, Lockheed will now complete construction, with delivery of all four warships expected to take place by June 2026.

But even that is not all.

Lockheed's own biggest contract win of the day -- and the biggest Pentagon contract awarded to any single defense contractor last week -- was a massive $7 billion award for "sustainment" of the Air Force's fleet of F-22 Raptor stealth fighter jets. Awarded as a modification to a contract initially awarded in December 2017 (also, incidentally, for $7 billion), this contract extends Lockheed's obligation to keep the Air Force's F-22s flying for an additional five years, through December 31, 2032.

With 195 units built at an average cost of $412 million per airplane, and a total program cost of roughly $80 billion, the F-22 will go down in history as one of the most expensive military aircraft ever built.

Most people already know that, of course. What they may not know is that years after the final F-22 was delivered, this aircraft continues to make bank for Lockheed Martin -- $14 billion over 10 years, or roughly 17.5% of what the airplanes originally cost to build. Even without selling a single new plane, the F-22 continues to do its part to make Lockheed's "Aeronautics" business the company's leading contributor of revenue. And at a 10.6% operating profit margin (according to data from S&P Global Market Intelligence), it's also the company's second most profitable business.

By way of contrast, even the near-$2 billion in fees Lockheed will receive for building MMSCs for the Saudis dwindles in significance for the company, because Lockheed's Rotary and Missions Systems division (which, strangely, is also responsible for building naval warships) earns profit margins of only 8%.

As for Raytheon, both of its billion-dollar-plus awards announced Friday are run through the company's flagship Missile Systems business, which pulls down profits at the rate of 11.7% per revenue dollar. (And that's only the company's third most profitable division.) Despite winning fewer revenue dollars than Lockheed did last week, I suspect Raytheon's going to do just fine.