Harvard graduate, Columbia Ph.D.-holder, prolific author, and host of National Geographic's "StarTalk," Dr. Neil deGrasse Tyson also serves as the director of the Hayden Planetarium in New York City. In short, he's a pretty busy guy. You might even say he's a person "in a hurry."

So here at The Motley Fool, we naturally were thrilled when Dr. Tyson slowed down long enough to chat with us about his newest books, Letters from an Astrophysicist. We were even more thrilled when he answered a few questions we had for him on the subjects of ...

For better or worse (and rightly or wrongly), Dr. Tyson has developed something of a reputation as a skeptic on the subject of human exploration of space. In 2016, he famously called SpaceX founder Elon Musk delusional for thinking SpaceX could send humans to Mars on its own, without backing from NASA. And even before that, correspondence included in Tyson's latest book -- Letters from an Astrophysicist -- has him explaining to one fan why a mission to Mars would likely be a "trillion-dollar expense," and thus far too expensive for one man, or even one company, to undertake without government support.

But that doesn't mean he's against the idea. 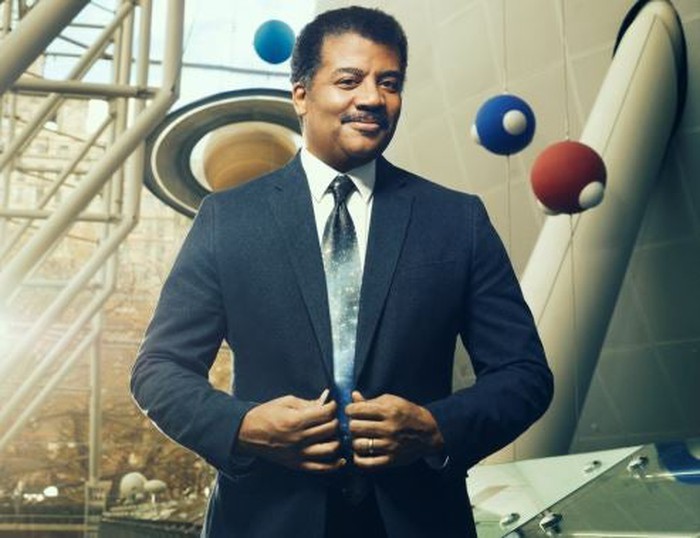 Referring to recent cost estimates from Musk (who thinks he can pull off a Mars mission for $10 billion), and NASA administrator Jim Bridenstine (who estimates a $20-to-$30-billion cost to put astronauts on the moon), Tyson notes that whether or not actual costs are falling, "what people think it will cost" to do manned space exploration is falling. For his part, Tyson remains skeptical about many of the low-dollar figures being bandied about. That said, he's "glad" to see "people are in a contest to see who can do [space exploration] for less."

Why cheaper is better

Why is cheaper better for space exploration? As Tyson explained in our last conversation about a year ago, "major leaps in science [have been] driven by military and economic motivations," with governments usually paying up only when they're (a) afraid of what a rival will do or (b) greedy for economic advantage.

America landed on the moon, for example, out of fear that the Soviets would get there first. Before that, America itself was "discovered" by Europeans seeking new routes to access India's spice trade. Similarly, Tyson believes that the best chance of getting Congress to fund moon and Mars missions is if either (a) the Russians, Chinese, or someone else tries to go there first, or (b) someone finds a valuable resource in space.

But he says that if the price of space exploration truly has fallen as low as Musk and Bridenstine say, then military and economic motivations may no longer be necessary to spur space exploration. There's a point at which the effort becomes affordable enough that a risk-taking optimist like Elon Musk might actually be able to afford to do it on his own.

Why go to space at all?

Now, would that be a good thing? Tyson argues that it would.

"Civilization," he says, "has always benefited from scientific discoveries" -- and not always in the ways people initially expected, or hoped, to benefit. Citing the famous example of the Apollo 8 "Earthrise" photo, Tyson notes that Apollo 8's astronauts didn't even set foot on the moon. But their revelatory photograph, picturing Earth alone and floating in the blackness of space, with no national borders visible upon it, helped to change Americans' view of our home planet.

Just two years after that photo was published in 1968, Congress established an Environmental Protection Agency. 1970 saw the Clean Air Act updated as well, and two years later a Clean Water Act was passed to accompany it. In two more years, unleaded gasoline became standard in the U.S. -- all consequences, says Tyson, traceable to Americans beginning to see themselves as responsible for protecting that lonely blue marble in the Apollo 8 photograph.

Tyson predicts similar unforeseeable benefits may arise from our sending people to the moon and beyond. "The very fact that we're going will stimulate an entire generation ... to want to explore." Moreover, astronauts forced to innovate and problem-solve in space could lead to new discoveries and inventions -- the kinds of things "that drive economies ... and create whole industries."

What kinds of discoveries and inventions?

Musing aloud, Tyson wonders whether astronauts learning to grow food in the arid and lifeless Martian dust might come up with discoveries that could improve agriculture on Earth. Making such a discovery, NASA may realize, "Oh my gosh, I just innovated to make food on Mars, and now I can grow food in the Sahara Desert! Without that exercise I would have never been able to feed as many people as I thought I could."

Any single such discovery up there could potentially have "incalculable benefit" here on Earth -- and it's unlikely we'd come up with such discoveries without the necessity of discovering them once humans are out and about in the solar system.

What technologies need to be developed first?

Earlier this year, Baylor University researchers discovered a "conspicuous mass excess ... five times larger than the Big Island of Hawaii" situated underneath the moon's South Pole. No one's entirely certain what it is. (Tyson suggests it's unlikely to be a heavy element such as iron, given what we know of how the moon was formed, but it might be a similarly useful -- but lighter -- material such as silicon or aluminum.)

Combined with advances in 3D printing technology and computer-aided design blueprints transmitted from Earth, such raw materials have the potential to make self-sustaining bases or colonies on the moon and/or Mars feasible. And so I asked Tyson what technologies need to be developed first in order to fully exploit off-planet resources and begin reaping the benefits of novel discoveries in space.

"The existence of the material ... is only the beginning," says Tyson, explaining that before in situ raw materials could be fed into a 3D printer to manufacture machine parts, construction materials, and so on, we would need a "factory" to refine them. Lunar anorthite might be smelted to yield aluminum and silicon for 3D printing (and oxygen for breathing), for example. You would also need an energy source to power the smelting -- perhaps from solar panels or nuclear power, with fissionable materials imported from Earth. Or astronauts might innovate to come up with other solutions (which could also morph into technologies useful back here on Earth).

"We need more Matt Damons" in space, quips Tyson (referring to the actor who played an innovative NASA scientist in The Martian), to come up with novel solutions there that can later be turned into invaluable technologies back here.

Space is hard to predict

Perhaps the most important thing to keep in mind when considering the effects of space exploration and space investment is that "linear A-to-B thinking" will often be the wrong approach. Investors who rush into this sector -- and yes, it's now possible to invest directly in the space economy, as the first pure-play space company, Virgin Galactic (NYSE:SPCE), went public earlier this year -- too soon are liable to get burned. As Tyson warned us a couple years back, "a profitable space industry may be farther away than people think. Space is expensive and it is dangerous."

But that may not be the point.

In the end, it may not matter why we go to space -- be it to head off a perceived military threat, to mine asteroids for gold, or simply to indulge the curiosity of ultra-rich space tourists. The reasons we go to space may have little relation to the discoveries we make once we get there.

Once upon a time, atomic warfare research spawned the discovery of quantum mechanics, and gave rise to the semiconductor industry. The deployment of GPS satellites to keep track of nuclear submarines now helps Americans find the quickest path to Walmart. Similarly, it's impossible to predict what advances will result from taking up the challenge of space exploration, and innovating to overcome new challenges when we get there.

But I can hardly wait to find out.