Warren Buffett added billions of dollars to his net worth in 2019. Most of his personal fortune consists of shares of Berkshire Hathaway (NYSE:BRK.A) (NYSE:BRK.B), which delivered a gain of 11% last year. However, he would have been much better off investing in an S&P 500 index fund since the S&P 500 jumped nearly 29% in 2019. Buffett himself has given advice in the past that buying an index fund is a smart way to invest.

But Buffett knows that individual stocks provide the greatest opportunities for huge gains. And some of the stocks held by Berkshire Hathaway generated spectacular returns last year. Here are the legendary investor's three best-performing stocks of 2019 -- and whether or not they're smart picks to buy now. 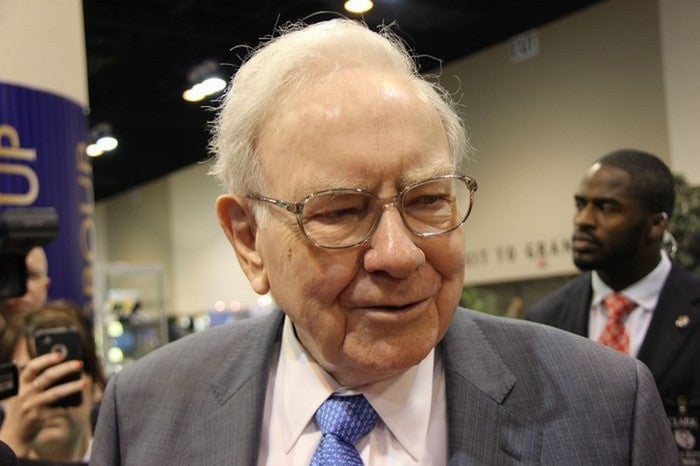 StoneCo (NASDAQ:STNE) took investors on a roller-coaster ride in 2019 with lots of big swings. However, the ride ended up being a really fun one for those who held on: Shares of the Brazilian financial technology company skyrocketed 116% last year.

The secret to StoneCo's success was the company's impressive growth. The company reported year-over-year adjusted net income growth of 126% in the third quarter, with revenue up 62%. Its total payment volume jumped 50% compared to the prior-year period. That's the kind of performance that lights a fire beneath a stock.

Even the Oracle of Omaha makes mistakes. Buffett reduced his position in Apple (NASDAQ:AAPL) slightly in the third quarter, selling nearly $200 million worth of the stock. The billionaire investor even stated publicly that Apple was too expensive earlier in the year.

But Apple remained Berkshire Hathaway's biggest holding. And the stock was one of its biggest winners in 2019, soaring 86% last year. The tech giant really hit its stride in the second half of the year after rising around 30% by the summer.

After struggling for a while, Apple returned to growth with its fiscal 2019 third-quarter results. The company posted even stronger numbers in its Q4 results in October. In the past, Apple's fortunes were tethered primarily to iPhone sales. Now, however, the company also benefits from tremendous growth with iPads; services; and its wearables, home, and accessories segment.

Technically, RH, formerly known as Restoration Hardware, generated the third-highest gain among stocks owned by Berkshire Hathaway, jumping 78% in 2019. However, Berkshire didn't buy the stock until later in the year, and it's hard to know exactly how much of that gain was realized. That leaves Charter Communications (NASDAQ:CHTR) as the No. 3 stock in Buffett's portfolio last year with an impressive return of 70%.

You might think that Charter is an unlikely winner, considering the headwinds of cable-cutting. Ironically, though, big cable stocks outperformed the market last year for several reasons. One key factor is that Charter and its rivals continue to make a lot of money from providing broadband services. Charter also moved into the wireless business in 2018, an expansion that has turned out to be a strong growth driver for the company.

Buffett no doubt likes Charter because of its steady cash flows and relatively recession-resistant business. However, Berkshire sold around 5% of its stake in Charter earlier this year -- a move that the legendary investor might now regret considering the great performance of the stock.

Even after Apple's fantastic performance in 2019, I think that it could enjoy an even better year in 2020. The company is set to launch its first 5G iPhones, which I expect will fly off the shelves. It could offer more 3D and augmented reality features with new iPhones and iPads, as well. Look for Apple's services and wearables revenue to continue growing. Put all this together and Apple looks like a Buffett stock that's still a great buy (even though it's more expensive than it's been in the past).

I also continue to like StoneCo. The war on cash will keep raging on. Despite more competition in Latin America, my view is that StoneCo has plenty of room to grow.

What about Charter? My concern is that the company's broadband growth could slow down. However, the cord-cutting trend isn't likely to taper off. Although the stock could keep delivering solid growth, I'm hesitant to predict another great year for Charter and don't see the stock as a top pick to buy right now.