The mobile game maker has been a solid growth play in the video game industry. The company found itself raising full-year guidance after each quarter, as revenue growth continued to outperform management's expectations. The steady momentum provided plenty of juice to fuel the stellar stock performance over the last year. 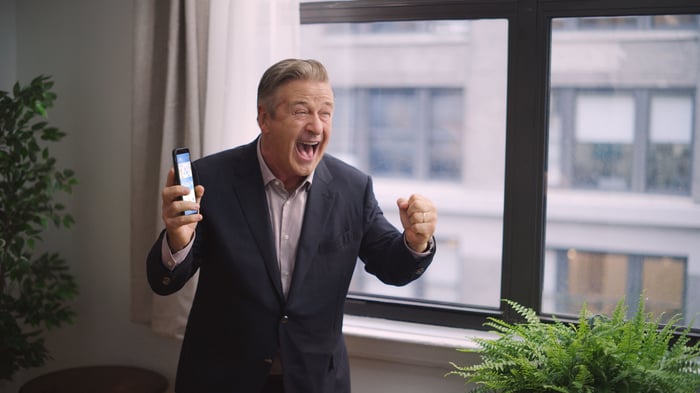 Revenue growth accelerated through the first three quarters of 2019, with revenue up 27% year over year in Q1, 41% in Q2, and 48% in Q3. Management initially anticipated an increase in revenue of 32% for the full year but had to revise those expectations up to 41% to account for increasing momentum.

It was encouraging to see Zynga deliver exceptional top-line results while also reporting a profit. Through the first three quarters of the year, net income was $45.4 million, significantly up from $14.9 million in the same period of 2018. It can be challenging for mobile game companies to hit profitability, given the hurdles of keeping players engaged and spending money on additional content. But Zynga is ahead of the game here.

In the third quarter, management credited the live services strategy -- where players spend additional money on virtual goods within a game -- for driving growth on the top line. Live services now make up the majority of total revenue and bookings, and set the company up for improving margins over the next few years.

Recent releases are performing well, including Merge Magic! and Game of Thrones Slots Casino. These two games are on pace to contribute significantly to Zynga's live services revenue heading into 2020.

Management expects organic revenue to increase in the low-double-digit range in 2020. In addition to Merge Magic! and the Game of Thrones title, management expects growth to be driven by CSR Racing, Empires & Puzzles, Words with Friends, and Zynga Poker.

Also, management guided for improving operating margins over the next few years. This will be achieved not only by live services growth and performance of new games, but potentially acquisitions, as management explained in the third-quarter letter: "We see opportunities to bring talented teams and franchises into the Zynga family that add to our live services, new game pipeline or investments in emerging markets and platforms."

Analysts currently expect Zynga to report adjusted earnings per share of $0.27 in 2020, and earnings growth of about 19% annualized over the next five years. However, much of that growth is reflected in the stock's rich valuation.