Investors have been bidding up Micron Technology (NASDAQ:MU) over the past few months in anticipation of a turnaround in the memory industry. That was the reason why Micron has remained a top growth stock despite a disappointing set of results last month. 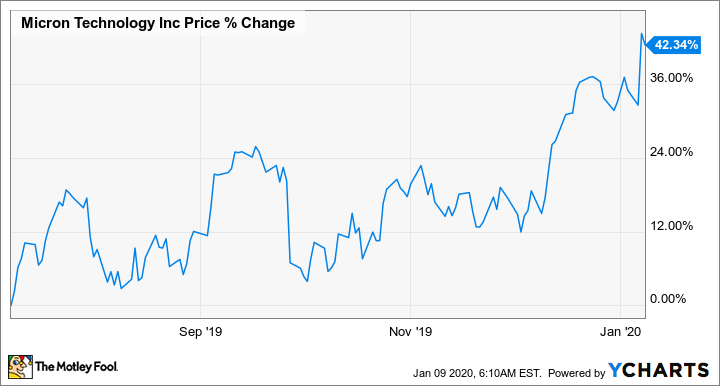 The good news for Micron bulls is that their hope is now turning into reality. There are concrete indications signaling a turnaround in the memory industry that has been plagued by oversupply and weak demand over the past year. Let's take a closer look. 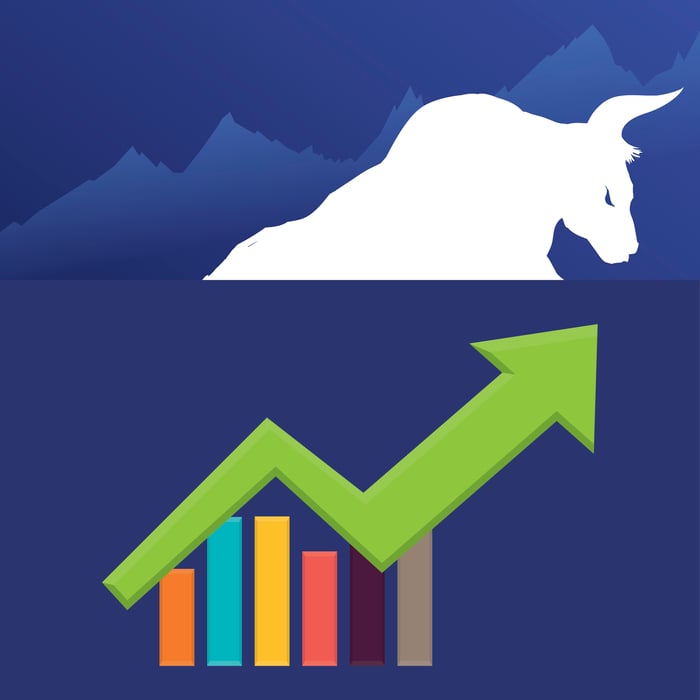 Memory industry leader Samsung says that its bottom-line performance for the latest quarter is going to be better than what analysts are forecasting. The South Korean giant forecasts a smaller-than-expected decline in its quarterly operating profit when compared to consensus estimates, indicating that memory prices may have hit a bottom.

Samsung anticipates 7.1 trillion won ($6.4 billion at the current exchange rate) in operating profit for the quarter that ended in December, a 34% decline over the prior-year period. However, December's operating profit will now be much better than the 6.5 trillion won figure analysts were originally anticipating.

Samsung's announcement comes at a great time for Micron investors. The stock was recently upgraded by Cowen to outperform from neutral along with a new price target of $70 (the earlier price target was $50). Cowen upgraded Micron stock believing that the memory market will rebound soon, leading to a recovery in prices. Samsung's profit forecast lends credibility to Cowen's thesis, though this isn't the only evidence out there that points toward a memory industry rebound.

DRAM prices are set to rise

Contract prices of dynamic random access memory (DRAM) are expected to increase in the first quarter of 2020 thanks to higher demand, according to DRAMeXchange. The memory market research firm was originally expecting DRAM prices to hold steady during Q1, but it now expects prices to increase slightly. DRAMeXchange says that PC OEMs (original equipment manufacturers) will start replenishing their DRAM inventories.

However, the return of memory demand could be accompanied by a lack of supply.

SK Hynix had warned in November last year that it is planning to cut DRAM and NAND flash memory production "significantly" in 2020. Samsung had also hinted at keeping supply growth in check, stating that it will manage investments based on the demand environment. Micron, on the other hand, had announced that it would slash its fiscal 2020 capital spending "meaningfully" after a 10% reduction in fiscal 2019.

So, the demand-supply dynamics of the memory market are pointing toward higher prices as demand returns but supply is kept in check by manufacturers.

DRAMeXchange adds that 2020's DRAM bit supply growth could be less than 13%. This is in line with Micron's own estimates, which call for mid-teens growth in DRAM bit demand but anticipate a slower pace of bit supply growth.

Micron CEO Sanjay Mehrotra believes that the current quarter will mark the bottom of the memory specialist's financial performance and things will start improving from the next quarter. According to his remarks on the latest earnings conference call:

Industry supply demand balance continues to improve in both DRAM and NAND. Recent trends in our business give us optimism that our fiscal second quarter will mark the bottom for our financial performance, which we expect to start improving in our fiscal third quarter, with continued recovery in the second half of calendar 2020.

With confirmation arriving from industry peer Samsung that a bottom might have indeed arrived in the memory market, the bull case for buying Micron Technology stock has strengthened.