PagSeguro Digital (NYSE:PAGS) stock gained 82.4% in 2019, according to data from S&P Global Market Intelligence. The company's shares rose thanks to a combination of market momentum, earnings beats, and impressive customer and revenue growth. 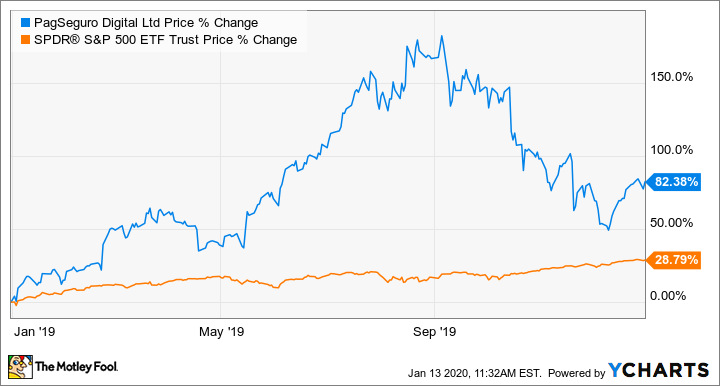 The Brazilian payment-processing stock hit a lifetime high in September and then lost some ground following news of another substantial share offering in October. Overall, the business posted strong performance across the year and recorded encouraging results for both its core payments service and its banking app. 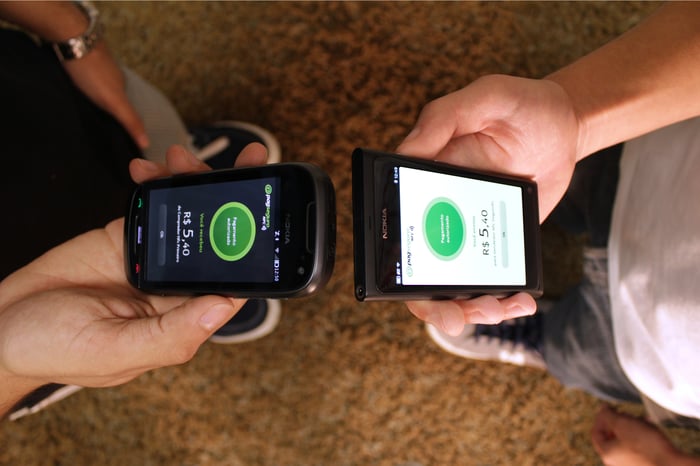 The table below tracks year-over-year growth for PagSeguro's total payment volume, non-GAAP (adjusted) revenue, and adjusted net income across the four quarters that it reported for calendar 2019:

The company beat the average analyst sales and earnings targets for Q4 2018 and Q1 2019, missed on earnings but beat on sales in the second quarter, and then missed on both sales and earnings in the third quarter. PagSeguro closed the 12-month period ending Sept. 30 with a net addition of 1.2 million new merchant customers, representing year-over-year growth of 31.6% and bringing its total count on its payment platform to roughly 5 million users.

PagSeguro stock has continued to climb amid momentum for the broader market in 2020. Shares are up roughly 6% in January's trading so far. 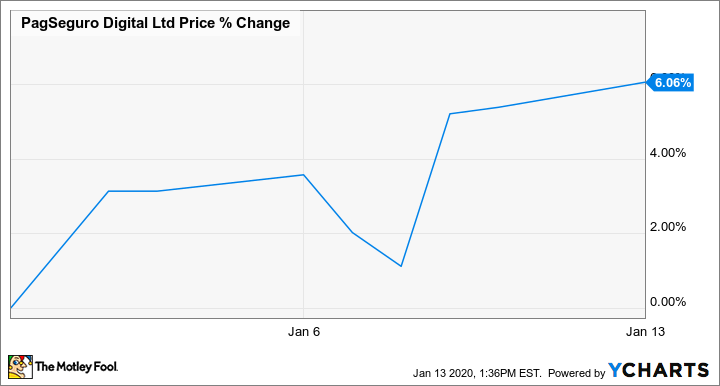 The company surpassed its initial target for 1 million merchant customers across 2019 in October and expects total net merchant count for the fourth quarter to be up roughly 30% year over year. PagSeguro has maintained its guidance for full-year net income to come in between 1.322 billion Brazilian reais (roughly $319.4 million) to 1.5 billion reais (roughly $362.4 million), but it expects that performance will come in near the top end of its guidance.