With plenty of scrutiny already building ahead of its acquisition by Alphabet subsidiary Google, Fitbit (NYSE:FIT) is now finding itself under an entirely different regulatory microscope. The U.S. International Trade Commission announced recently that it is opening an investigation into wearable devices. The probe is being opened in response to a complaint filed by Philips (NYSE:PHG), the Netherlands-based health technology giant. 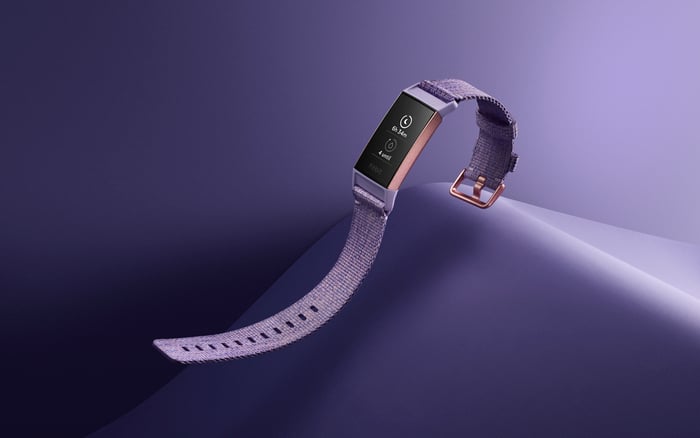 Fitbit's wearables have performed much better in the market than Philips'. Image source: Fitbit.

Philips has not gained traction in wearables

Philips alleges that numerous companies -- including Fitbit, Garmin, distributor Ingram Micro, and contract manufacturers Inventec and Maintek -- are infringing on several of its patents that relate to various methods to monitor health and related biometric information. For example, one patent covers activity monitoring in a power-efficient manner, while another outlines a way to monitor sleep cycles. There are four patents named in the complaint.

Philips, in conjunction with its U.S.-based subsidiary, is seeking a range of potential remedies, possibly including tariffs or an import ban if the accused companies are found to be infringing on its intellectual property (IP).

Wearable consumer gadgets like fitness trackers and smartwatches are increasingly incorporating health-monitoring functions, which hurt demand for some of Philips' personal health products. The company's personal health segment, which also includes things like oral care products and home appliances, represents around 30% of sales. Recent growth has been driven by product introductions and price increases, management noted on the third-quarter earnings call.

Philips released a lineup of connected devices, including a $250 Health Watch, back in 2016. That smartwatch received mediocre reviews, as the product was criticized for its high price point, unintuitive user interface, and lack of push notifications. Fitbit and Garmin have enjoyed much more success in wearables and smartwatches, with Fitbit currently the No. 5 player in the wearables market, according to recent estimates from IDC.

"We believe these claims are without merit and a result of Philips' failure to succeed in the wearables market," a Fitbit spokesperson told Reuters.

The ITC complaint is separate from an antitrust investigation that the Department of Justice reportedly opened last month related to Google's proposed acquisition of Fitbit. Lawmakers and competition regulators are worried that Google could get its hands on sensitive user data should it be allowed to move forward with the deal. Tech companies are racing to create competing digital health platforms that consumers can use to manage their health data.

In terms of a timeline, the ITC notes that it has "not yet made any decision on the merits of the case," but within 45 days will set a target date to complete the investigation.