L Brands (NYSE:BBWI) has been plagued by declining sales for both its Victoria's Secret and Pink brands. The retailer announced weaker holiday sales and cut its earnings guidance for the fourth quarter. Its third-quarter sales results also came in below expectations. Shares have dropped 28% over the last six months.

While Victoria's Secret and Pink report declining sales, the company's Bath & Body Works business is posting higher growth rates, with a 9% increase in comparable sales for the nine-week holiday period ended Jan. 4. In contrast, Victoria's Secret's comparable store sales fell by 12% in the same period, below last year's 4% decrease. Victoria's Secret and Pink may be two fashion brands that have fallen out of favor with fickle consumers, and strength at Bath & Body Works may not be enough to keep growth going for the company. 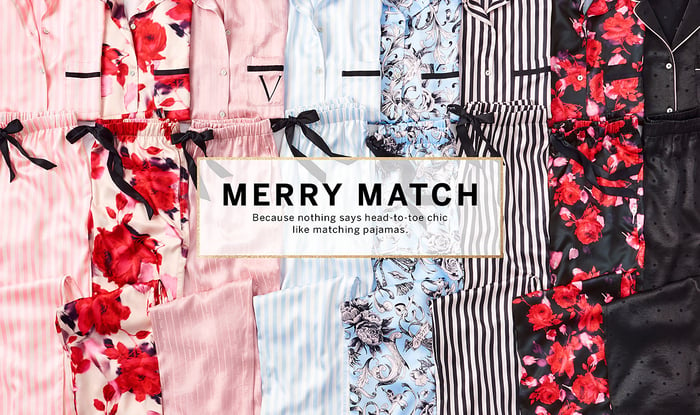 Amid recent results, Bath & Body Works is a bright spot

L Brands announced that sales for the two-month holiday period shrank by 3%, down to $3.9 billion from $4.1 billion in the prior year. As a result of the weaker holiday sales, management cut its earnings guidance for the fourth quarter to $1.85 per share from the prior $2.00. The revised forecast is notably well below average analyst expectations of $2.00.

Victoria's Secret had weak holiday sales, with store traffic down in the mid-teens, while higher promotional activity further hurt sales and margins. Management specifically cited weakness in the sales of sleepwear and tops. Sales and store traffic at Pink were also down.

One bright spot was Bath & Body Works, which had a 9% increase in comparable sales for the holiday period. The division, known for its scented candles and body wash, built on momentum in the third quarter, which featured a 9% increase in comparable sales and 10% increase in operating income. However, some analysts voiced concerns over how long the strength at Bath & Body Works could continue. Jefferies analyst Randy Konik wrote that "margins are beginning to erode and compares are daunting."

Issues likely to continue at Victoria's Secret and Pink

Competition is fierce in the women's lingerie and apparel space. Newer, more nimble brands like ThirdLove, Savage X Fenty, and other specialty retailers like American Eagle's (NYSE:AEO) Aerie are taking market share from Victoria's Secret and Pink. Victoria's Secret is also developing a reputation for products that have lower quality and less comfort. It also appears to have lost touch with increasing preferences from consumers for more inclusivity and mass appeal.

While Victoria's Secret management launched a new advertising campaign a few months ago focused on diversity and inclusivity, it may take a while for the brand to shift its image. In November 2018, the brand suffered a setback when its former marketing executive stated that he didn't think transgender or plus-size models should star in the annual fashion show because "it's a fantasy." Angry consumers called for boycotting of the brand. The Victoria's Secret fashion show was canceled and the brand's image suffered.

A potential catalyst for shares?

L Brands' stock will likely continue to be hindered by the performance of its Victoria's Secret and Pink brands. However, an activist investor has been pressuring the consumer discretionary company to consider strategic alternatives, including a separation of Bath & Body Works from the underperforming Victoria's Secret operation. The company is reported to have met with bankers to discuss possible M&A strategies that would help improve shareholder value. L Brands also has a history of selling off selective brands, including Lane Bryant and The Limited. If the company were to pursue this strategy, it could potentially please investors. However, as things currently stand, the retailer will likely continue to be weighed down by Victoria's Secret's sales growth struggles.