Please ensure Javascript is enabled for purposes of website accessibility
Log In Help Join The Motley Fool
Free Article Join Over 1 Million Premium Members And Get More In-Depth Stock Guidance and Research
By Anders Bylund - Jan 15, 2020 at 9:21AM

Many analysts and investors worry that Disney+ and similar streaming services are stealing subscribers from Netflix right now. Here's why they're wrong.

Streaming video veteran Netflix (NFLX -3.79%) is preparing to release its earnings report for the fourth quarter of 2019 on Tuesday of next week. Investors will be looking for solid revenue growth based on a generous serving of new subscribers. The company guided the fourth-quarter subscriber additions to approximately 7.6 million net new accounts, down from 8.8 million additional subs in the year-ago quarter.

But Netflix doesn't always nail these guidance figures, despite management's best efforts. And I'm here to show you two solid reasons I expect Netflix to attract more than 7.6 million paid subscribers in the fourth quarter. 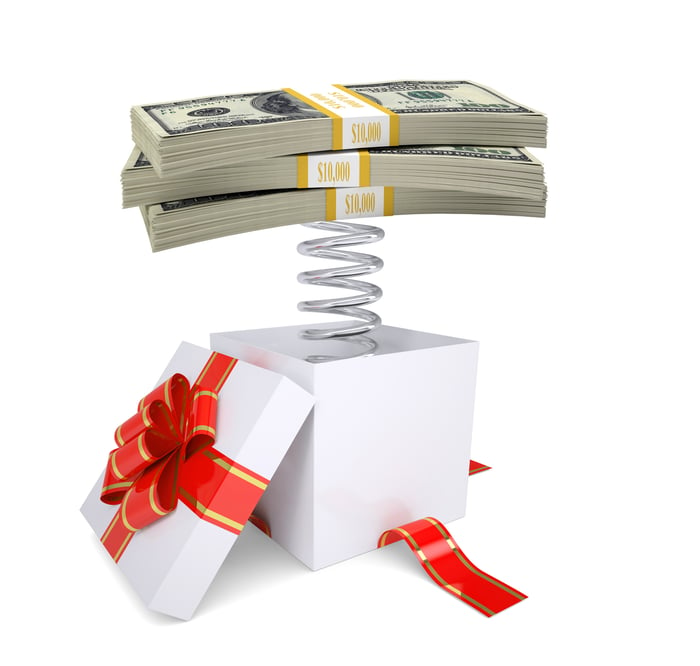 The fourth quarter often holds a special place in Netflix's fiscal year. The holiday season isn't just an incentive for consumers to give each other Netflix gift cards or prepaid subscriptions, but the near-guaranteed influx of video-capable consumer gadgets such as smartphones, connected TV sets, and media-streaming set-top boxes also puts the Netflix name front and center in many households. When's the last time you saw a TV remote without a Netflix button on it, which takes you straight to that service at the flick of a fingertip? Or a smart device that didn't come with a Netflix app preinstalled, just waiting for a user name? The company really is all over the place in the holiday season.

And that often results in shocking fourth-quarter subscriber growth. It's not a no-brainer guarantee, but Netflix shares tend to jump when this particular earnings report rolls around -- particularly when its share prices have been under fire for some reason.

Fellow Fool Adam Levine-Weinberg warned investors to prepare for disappointment in the Q4 report of 2014. Domestic subscriber growth was slowing down and the international segment was a constant drain on Netflix's bottom line. But Netflix crushed that quarter both domestically and overseas, and the stock jumped closed 17% higher the next day.

And in the wake of the Qwikster fiasco in 2011, many investors had given up hope that Netflix would ever be a serious investment again. The fourth-quarter report didn't entirely heal the struggling stock, but it was a great start. The company started adding subscribers again after losing a few in the third quarter, and share prices rocketed 22% higher in 24 hours.

Past results are no guarantee of future gains, but this has been a pretty reliable springboard pattern so far. Next week's report may not have quite as much tension to release as the 2011 and 2014 earnings did, but there should be plenty of wound-up rebound energy on tap. Share prices fell 7% over the past six months because of the next item on my list.

... and neither will the gazillion-and-one new streaming services that are popping up all over the media landscape right now.

It's true that Walt Disney's (DIS -4.01%) Disney+ launched to a massive audience of 10 million accounts on day one. Analyst firm Rosenblatt Securities looked at 22 million Disney+ app downloads in the first month and paired it with a proprietary survey, concluding that the service should have reached 25 million accounts by mid-December.

So why shouldn't Netflix investors be terrified of the Disney+ juggernaut, and of the onslaught of new streaming rivals that follow in its footsteps? First, Disney may have sported 25 million accounts early on, but only if you include free trials. I'm thinking that plenty of Star Wars fans signed up for a free month of service only to consume the first season of The Mandalorian, always planning to sign off after that and maybe repeat the procedure for that impressive show's second season in 2020.

With the greatest respect for Disney's unmatched content catalog, and as a shareholder of both Netflix and Disney, I must say that the Disney+ library is too thin to appeal to a real mass audience at this point. The plethora of Disney classics isn't exactly packed with fresh material and surprises, and the 17-title collection of Disney+ originals hasn't impressed me -- apart from the armored bounty hunter's opus, of course.

If mighty Disney can't come up with an inspiring launch catalog, the other streaming video platforms that are popping up must face some incredibly long odds. Netflix built its market-leading and award-winning content catalog one title at a time over the last 8 years, and at great expense. Simply pouring a bucket of classics and a mere handful of unproven original shows into a new service isn't enough, and Netflix built a huge first-mover advantage while the rest of the entertainment industry largely sat on its hands for years.

So if you think that Disney+ and friends are about to pop Netflix's subscriber bubble in a hurry, you're mistaken. This report (and Disney's first-quarter update in the first week of February) will tell a very different tale, starring Netflix's billion-dollar content strategy versus a horde of smaller and weaker adversaries. Some of them, including Disney+, may become serious threats in time but that's a story for future fiscal years.

In the meantime, Netflix looks like a fantastic buy ahead of this crucial fourth-quarter report.