Please ensure Javascript is enabled for purposes of website accessibility
Log In Help Join The Motley Fool
Free Article Join Over 1 Million Premium Members And Get More In-Depth Stock Guidance and Research
By Danny Vena - Jan 17, 2020 at 11:21AM

The service will have both ad-supported and subscription options and be available free to Comcast cable subscribers.

NBCUniversal, a division of Comcast (CMCSA -2.73%), provided details about Peacock, its upcoming streaming service, at an investors day presentation on Thursday. Peacock will launch on April 15 for customers of Comcast's Xfinity X1 and Flex, and will debut to the rest of the country on July 15. Combined with a distribution deal struck with privately held Cox Cable, the service will initially be available to more than 24 million cable subscribers before debuting nationwide.

Peacock will be a free, ad-supported streaming service, but will also have a premium tier with more content that will be available free to the company's cable customers or for a monthly subscription fee of $4.99 to those who are not cable customers. Both tiers will have commercials, but ads will be limited to five minutes per viewing hour. Viewers can also elect to pay an additional $5 ($9.95 total) per month for an ad-free version. 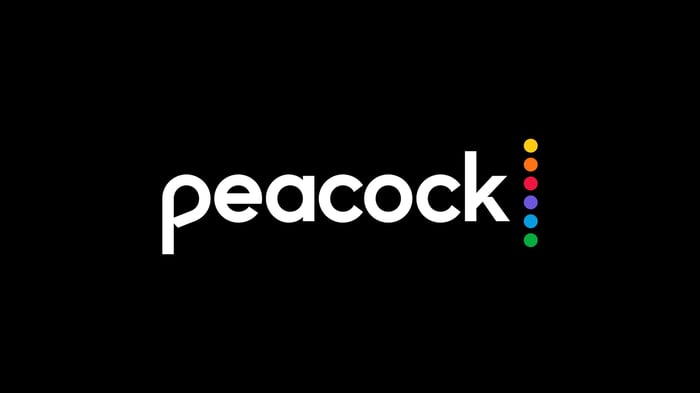 The first tier of the service, Peacock Free, will offer more than 7,500 hours of programming that includes 600 movies and 400 series from both Universal Studios and NBC TV. Peacock Free also includes next-day access to current seasons of freshman broadcast series, a host of the network's classic shows, and popular movies.

To set itself apart from other streaming services, Peacock will feature curated daily news and sports programming, including the 2020 Olympic Games. Viewers will have access to Spanish-language content, as well as select episodes of headline Peacock original shows and series. The service will also offer curated streaming channels like SNL [Saturday Night Live] Vault, Family Movie Night, and Olympic Profiles.

The second tier, Peacock Premium, will be bundled at no cost to Comcast and Cox cable subscribers (with potentially more deals in the works) and will cost $4.99 per month for those who are not cable customers. The tier will provide more than 15,000 hours of content, which includes all of the above, as well as access to full seasons of Peacock originals, next-day access to current seasons of returning broadcast series, and additional sports. The premium tier will also provide a feature dubbed Late Night Early, with early access to late-night talk shows, including The Tonight Show Starring Jimmy Fallon and Late Night with Seth Meyers, both available at 9 p.m. Eastern time.

In addition to the programming that was revealed back in September, Peacock announced on Thursday that it would stream a host of popular Dick Wolf dramas including Law and Order, Law and Order: SVU, Law and Order: Criminal Intent, Chicago Fire, Chicago P.D., and Chicago Med.

Peacock also announced it had signed a multiyear deal with Kevin Hart's Laugh Out Loud Network, which includes an equity investment in the company, a first-look deal, and streaming all of LOL's catalog on Peacock. Hart will also produce a stand-up comedy special, an original interview series, and short-form content.

Tina Fey, of Saturday Night Live and 30 Rock fame, will also join the fray, producing the original series Girls5Eva, "about a one-hit-wonder girl group from the '90s that reunites to give their pop star dreams one more shot."

Previously announced programs include a host of NBCs back-catalog shows, including The Office, as well as 30 Rock, Married...With Children, Monk, Keeping Up With the Kardashians, Parks and Recreation, Saturday Night Live, Battlestar Galactica, and Will and Grace, among others.

Peacock will also provide a wide variety of films, including Jurassic World 3, American Pie, Bridesmaids, A Beautiful Mind, Field of Dreams, Back to the Future, The Breakfast Club, Erin Brockovich, and E.T. The Extra-Terrestrial. The service will also feature a number of films from the Bourne, Despicable Me, and Fast & Furious franchises.

During the investor presentation, Comcast provided its domestic financial outlook for the upcoming streaming service. The platform is built on the back of technology developed by Sky, which it acquired in late 2018. The company plans to spend about $2 billion for content over the coming two years and to attract between 30 million and 35 million active accounts by 2024.

If all goes as planned, the new service will produce between $6 and $7 monthly in average revenue per user (ARPU), generating revenue of $2.5 billion or more annually by 2024 and achieving breakeven within five years. Once it reaches those metrics, it believes the revenue from additional subscribers will drop to the bottom line.

Some analysts are already weighing in, saying Peacock is being too conservative with its subscriber goals. Wedbush analyst Daniel Ives said, "We believe given the massive content library, sports properties, and distribution footprint that these sub numbers are conservative as we believe 20 million subs over the next 12 to 18 months is a realistic goal."

With its hybrid ad/subscriber approach and strong library of content, Peacock might have just hit the sweet spot in ad-supported streaming.