Here are three big takeaways from the company's first-ever investor day as a public company.

For Wingstop (WING -1.98%), there hasn't been an investor day since the company went public in 2015. While it has released the annual reports and hosted earnings calls like most other companies, investor days can be a good time for management to provide additional perspective on past results and cast its vision for the future.

Much could be said about the three-hour, 110-slide presentation from Wingstop, but here are three things that stood out. 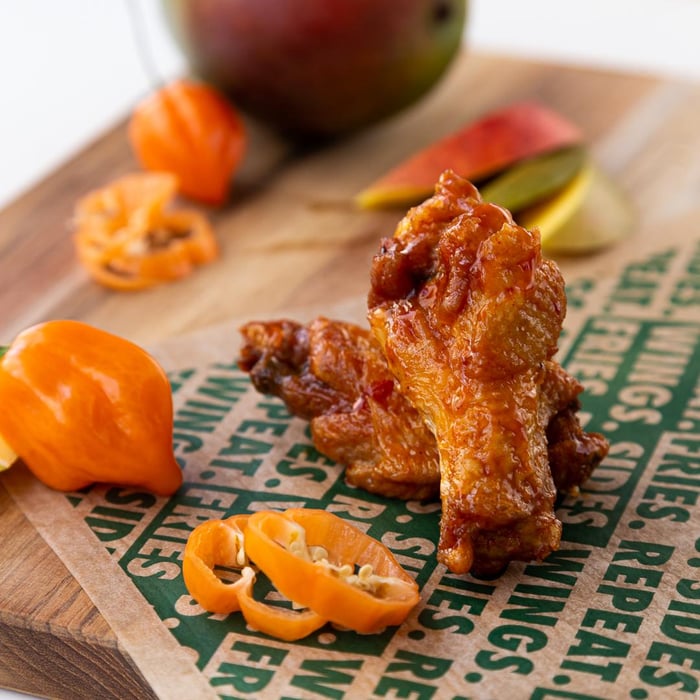 Wingstop locations can do a lot of volume

Rising comparable sales drive higher average unit volumes (AUV) -- the revenue a location generates on average. But easily overlooked is that a Wingstop's AUV continues going up over time, as the following chart from its presentation shows. Wingstop locations opened in 2009 are now approaching $2 million in AUV. So just how much volume can one location do? Management said it hasn't found the limit yet. It stated that the original Wingstop location now generates $3.5 million in volume, well above the overall domestic AUV of $1.25 million. And that location still grew comps 6% in 2019. If this trend continues, Wingstop's comparable-sales growth streak could continue for a long time.

Part of what makes this possible is that 80% of Wingstop's customers eat off-premise -- so it's not limited by seating capacity. It's only limited by what the kitchen can put out. But going back to that original location, management said the kitchen there is normal size despite handling nearly three times the volume. It has a couple extra freezers and fryers, but it's the same size. This indicates that any Wingstop is capable of much higher volume and improved unit economics as a result.

Management will control costs any way it can

AUV is great, but it's a useless metric unless the company can control costs. Management shared two things that show it's dialed in on this aspect of the business as well.

First, Wingstop will run a new menu item test this year. It will offer bone-in chicken thighs at select locations in an effort to acquire chicken at a lower price. Current menu items of bone-in and boneless chicken wings make use of chicken breast and wings, but the company can be more cost effective by making better use of the whole chicken. The bone-in thigh can do this, but the company wants to test if consumers will buy it first.

Also, Wingstop is experimenting with "ghost kitchens" -- a low-cost, 100% take-out restaurant concept. The company opened one of these locations in the United Kingdom at the end of 2019, so it's still early. But this could be a lean operating model for the company going forward. Management said it wants to be careful not to infringe on any franchisee's territory, but it sees opportunity in underpenetrated markets like Manhattan.

Both of these examples are small on their own, but they demonstrate a proactive management team willing to think differently to deliver better results.

Management reiterated a long-held goal at its investor day: to become a top 10 global restaurant chain. Wingstop currently has 1,340 restaurant locations, but it's looking to expand to 6,000 locations worldwide long term, split evenly between domestic and international markets. Three things the company looks for in choosing an international site are places where it can charge a high price with low operating costs and a low dine-in rate.

Given this criteria, Wingstop believes Western Europe and China are ideal markets. Management set long-term unit goals of 425 to 625 for western Europe and 1,000 to 1,500 for China. Considering the company already has around 150 locations internationally, these two regions will account for around 75% of Wingstop's international plans.

Investors didn't seem too inspired by the presentation -- shares traded down as much as 6% during the session. On one hand, I get it. When a restaurant stock trades at over 100 times forward earnings estimates, there's a lot of optimism baked in. It's really hard to get investors even more excited when expectations are already this high.

But valuation aside, I think the takeaway is that Wingstop firmly believes it can become a top 10 global restaurant brand. It articulated a well thought out plan to reach its goal and has the track record to back it up. Given what I heard from management, I don't see much reason why the long-term goal can't be reached.