Please ensure Javascript is enabled for purposes of website accessibility
Log In Help Join The Motley Fool
Free Article Join Over 1 Million Premium Members And Get More In-Depth Stock Guidance and Research
By George Budwell - Updated Jan 21, 2020 at 9:05AM

These stocks could thump the broader markets this year.

Biotech stocks have proved to be an incredible wealth generator for long-term investors. In the prior decade, for instance, the iShares Nasdaq Biotechnology ETF (IBB 0.90%) nearly doubled the performance of the S&P 500. What's more, biotech equities may perform even better over the coming decade, thanks to the steady progress in key fields such as gene editing, gene therapy, and precision medicine. The biopharmaceutical industry, in fact, could make major strides over the next 10 years toward treating a range of diseases that currently have no standard of care.

Which biotech companies are set to lead the way in 2020? BioMarin Pharmaceutical (BMRN -0.09%), CRISPR Therapeutics (CRSP 1.25%), and Novavax (NVAX 2.04%) are three top biotech stocks that might be worth owning this year. Here's a brief overview for each company. 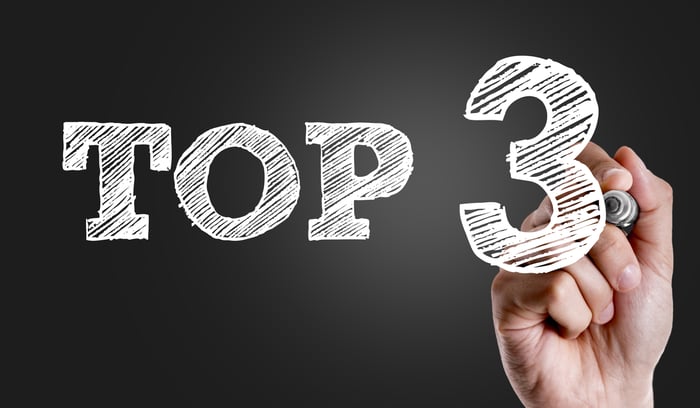 BioMarin: A new day has dawned

BioMarin has been in Wall Street's doghouse for a number of years. This year, however, promises to be the start of the company's official return to biotech stardom. BioMarin's turnaround story centers around two high-value clinical assets: the hemophilia treatment Valrox and the dwarfism therapy known as vosoritide.

Based on the company's latest update at the J.P. Morgan Healthcare Conference last week, BioMarin's internal forecast calls for Valrox's commercial launch to get underway by no later than the fourth quarter of this year, and for vosoritide to make its commercial debut sometime in 2021. Both drugs still need to get a green light from regulators. But the chances are that each therapy will indeed pass muster during a formal review cycle.

What's the big deal? Valrox and vosoritide together have the potential to more than double the biotech's annual sales as soon as 2024. Valrox alone is forecast to generate peak sales in excess of $1.4 billion, and vosoritide should achieve blockbuster status as well, due to the simple fact that it would be the only approved treatment on the market for this particular form of dwarfism.

So, even though BioMarin's shares aren't exactly cheap at an estimated forward-looking price-to-sales ratio of 7.94, this rare-disease stock should still post some hefty gains in 2020. Most rare-disease plays, after all, sport far richer valuations than BioMarin -- implying that this mid-cap biotech stock is, in fact, undervalued relative to both its immediate peer group and near-term growth prospects.

CRISPR Therapeutics: A revolution in the making

CRISPR Therapeutics is a potential gene-editing behemoth. Toward the back end of 2019, CRISPR and partner Vertex Pharmaceuticals unveiled the first proof-of-concept data for their CRISPR/Cas9 gene-edited therapy dubbed CTX001. Although the dynamic duo only released data for one beta thalassemia and one sickle-cell disease patient, the preliminary results for these rare blood disorders were so impressive that CRISPR's shares exploded higher in the wake of this news. The company stands to be the preeminent player in a rapidly emerging field that could one day revolutionize medicine.

On the commercial side of the ledger, CRISPR's lead product candidate, CTX001, would easily achieve blockbuster status as bona fide "one and done treatment" for both beta thalassemia and sickle-cell disease. Nonetheless, the company is also on the verge of trials for additional CRISPR/Cas9 therapies for various cancers, diabetes, and a range of inherited diseases. Conservatively speaking, CRISPR Therapeutics is presently targeting disease markets expected to be worth upward of $80 billion by 2025. That's an enormous commercial opportunity for a company with a market cap of a mere $3.27 billion right now.

What's the risk? Like all cutting-edge platforms in early stage development, CRISPR/Cas9 gene-editing may turn out to have some troubling safety and/or efficacy issues. Biopharma, after all, is littered with once-promising therapies that ultimately flopped in mid- to late-stage trials. Thus, investors probably shouldn't go hog wild with this promising biotech play right now, despite the company's potential to be a once-in-a-lifetime investing opportunity. That being said, CRISPR's risk-to-reward ratio is arguably compelling enough to warrant a small to medium position among investors comfortable with risk.

Novavax had an awful 2019. The company's highly anticipated respiratory infection vaccine, ResVax, failed for a second time in late-stage testing, causing investors to run for the exits. As a direct result, Novavax was subsequently forced to execute a reverse split simply to meet the Nasdaq minimum bid requirement of $1 per share. In all, the company's shares lost a staggering amount of their value last year.

But Novavax may finally be on the comeback trail. The company recently won fast-track status for its experimental flu vaccine, NanoFlu, from the Food and Drug Administration. Even more importantly, Novavax also said that it expects to announce top-line results for NanoFlu's ongoing late-stage trial before the end of the first quarter. If positive, the data would pave the way for the biotech's first-ever regulatory filing.

What's the big picture? Novavax is staring down a $4 billion global opportunity with NanoFlu. That's not to say that the company would gobble up the lion's share of this highly competitive marketplace, but even a small slice would be a huge win for shareholders. Novavax, after all, currently has a market cap of approximately $184 million. So it wouldn't take much for NanoFlu to be a major value driver for the company.

In fact, it wouldn't be surprising in the least if the biotech's shares doubled in value on positive trial results for NanoFlu. On the flip side of the coin, Novavax is an inherently risky developmental biotech play. If NanoFlu fails to hit the mark in this pivotal trial, the company's shares are sure to take a sizable leg downward yet again. Therefore, investors shouldn't buy more than they can afford to lose.