Please ensure Javascript is enabled for purposes of website accessibility
Log In Help Join The Motley Fool
Free Article Join Over 1 Million Premium Members And Get More In-Depth Stock Guidance and Research
By Donna Fuscaldo - Jan 22, 2020 at 10:46AM

Apple's shares are climbing on the expected 5G replacement cycle, but if it doesn't turn out to be a supercycle, the stock is at risk.

Apple's (AAPL 2.54%) stock has been surging for months, and bulls expect more of the same in 2020. So much so, in fact, that two Wall Street firms just upped their price targets on the iPhone maker, implying shares can appreciate even more.

But with a stock that is already up 102% in the last 12 months, is Apple looking a little bit risky? If the demand for iPhones from 5G doesn't materialize, that might be so. 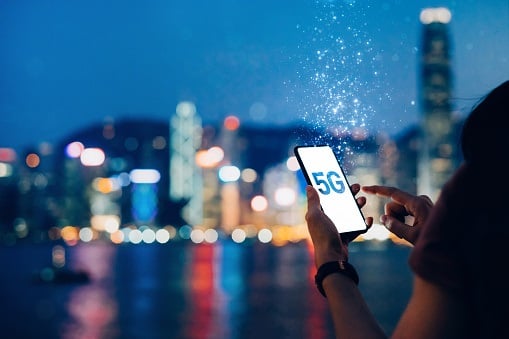 Is Apple heading into an iPhone replacement supercycle?

Much of the optimism with Apple is due to the replacement cycle the smartphone market is heading into. With little reason to upgrade their devices, consumers have been holding on to their smartphones for longer. High prices for some of these devices have also delayed consumers' desire to upgrade.

But with the build-out of 5G networks in full swing and the price points for smartphones coming down, consumers now have a reason to upgrade their phones.

After three years of declining sales, IDC expects worldwide smartphone sales to increase by 1.5% with 1.4 billion devices shipped in 2020. 5G and China are expected to be the drivers of growth, but the U.S., Korea, the U.K., and Canada will also play a role. The market research firm thinks the price of 5G phones will quickly come down, which will spur growth in smartphone sales.

That replacement cycle is one of the reasons behind Morgan Stanley's move last week to raise its price target on Apple to $368 a share from $296. The Wall Street firm not only thinks Apple will benefit from the impending upgrade cycle, but that future replacement cycles will go back to the old days when everyone rushed to get the newest iPhone each year. Analysts at Morgan Stanley pointed to longer battery life and 5G as driving replacement cycles, as well as aggressive trade-in deals and incentives.

Wedbush is even more bullish, slapping a $400-a-share price target on the stock. The Wall Street firm likes the iPhone replacement cycle, its wearable business, and its focus on services. With an upgrade opportunity of what the Wall Street firm thinks is 350 million iPhones, many likely to be 5G models, Wedbush thinks Apple will have a market capitalization of $2 trillion by the end of 2021. The iPhone maker's valuation stands at $1.39 trillion today.

5G may not be all it's cracked up to be

Not everyone thinks the 5G supercycle will appear this year, which is where the risk comes in for Apple investors.

If consumers aren't wowed by Apple's 5G iPhone or don't jump on the 5G upgrade bandwagon, it could spell trouble for Apple and its stock. That's what Nomura Securities is cautioning about, even as it raised its price target on Apple to $280 a share from $225.

The Wall Street company thinks iPhone demand will be strong in 2020 and that its wearables business --namely its AirPods and Apple Watch -- will give earnings results an added shot in the arm.

But with a P/E ratio of 21 times earnings based on the 5G supercycle, Apple investors could end up disappointed. For starters, Nomura said it will cost $40 to $80 more from a bill of materials perspective for the 5G phone, which will hurt adoption. Nomura doesn't think consumers, suppliers, operators, or even Apple will be able to eat the cost. What's more, Nomura pointed out that shipments actually declined during the move from 3G to 4G. Nomura kept its neutral rating on shares of Apple.

There's no question Apple will benefit from the 5G buildout, but whether or not it justifies a stock price of $400 a share remains to be seen. If demand outstrips already bullish expectations, investors could be sitting on a stock that is poised to surge even more. But if the red-hot demand doesn't materialize, investors could be in store for some downside rather than the seemingly endless upside.