Please ensure Javascript is enabled for purposes of website accessibility
Log In Help Join The Motley Fool
Free Article Join Over 1 Million Premium Members And Get More In-Depth Stock Guidance and Research
By George Budwell - Updated Jan 22, 2020 at 10:07AM

Geron has a long road ahead. Is this speculative biotech stock worth the wait?

Geron Corporation (GERN -8.45%) is a prototypical jackpot stock candidate. For those of you new to this concept, jackpot stocks are equities that sport dirt-cheap valuations -- relative to their long-term growth potential -- due to their exceedingly high risk profiles. In a nutshell, these types of stocks can, on occasion, produce life-changing returns on capital. But they also come with the inherent risk of losing most -- if not all -- of your capital.

Geron fits this profile to a tee. After Johnson & Johnson's (JNJ -1.86%) biotech subsidiary Janssen handed back the commercial rights to the blood cancer drug candidate imetelstat in late 2018, Geron was immediately tasked with advancing the drug's ongoing clinical program. The bright side is that imetelstat was showing promise as an important advancement in the treatment of a rare blood cancer known as myelodysplastic syndromes (MDS) at the time J&J decided to end the partnership. Moreover, imetelstat's midstage trial for intermediate-2 or high-risk myelofibrosis (MF) was yielding some encouraging trends as well. 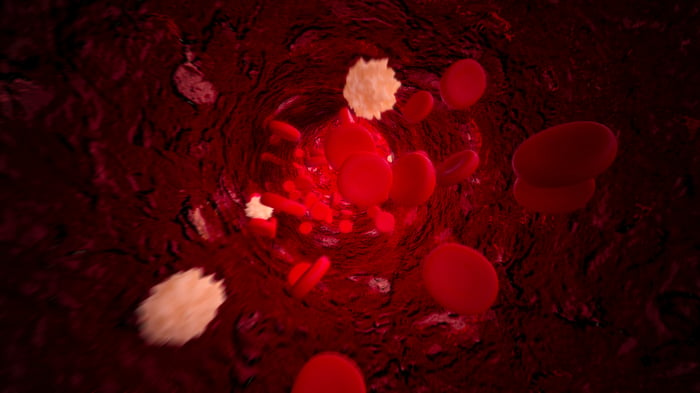 The bad news is that Geron simply doesn't have the financial capacity to pursue all these avenues on its own. A clinical failure for MDS would also likely spell the end of Geron altogether.

Should investors take a flier on this potential jackpot biotech stock in 2020 -- or is it best to stick to the safety of the sidelines? Let's break down Geron's risk-to-reward ratio to find out.

On the reward side of the equation, Geron's management has suggested that regulatory approval for imetelstat as a treatment for MDS could mean $500 million or more in annual sales. Although the revenue forecast exceeded $1 billion only a few short years ago, the MDS market opportunity is expected to dramatically shrink with the likely approval of Bristol-Myers Squibb's Reblozyl later this year. Imetelstat would thus be forced to compete in a far more crowded space against a titan in the industry.

Still, a drug capable of several hundred million in annual sales would be a big deal for a company with a market cap of $281 million right now. The prevailing trend is for cancer companies to trade at anywhere from three to five times the peak annual sales of their flagship product. So if this trend line held true for Geron at the outset of its debut as a commercial-stage entity, the company's market cap would be in line for an incredible 433%-to-789% boost from current levels.

That kind of jaw-dropping market-cap appreciation certainly qualifies as a jackpot. Even so, this eye-catching projection doesn't even factor in imetelstat's commercial opportunity in advanced MF. Truth be told, though, there is only a slim chance that Geron will actually pursue an MF indication for imetelstat. Therefore investors should probably focus their attention squarely on MDS for the time being.

The catch is that Geron will almost certainly have to dilute shareholders in a big way in order to keep imetelstat's clinical program on track. At last count the company reported having approximately $159 million in cash, cash equivalents, and marketable securities. That amount will not be enough to pay for the remainder of imetelstat's late-stage MDS trial, much less cover the enormous expense involved in building a sales force from scratch. And as previously mentioned, Geron probably cannot survive a major clinical setback at this point due to its complete lack of other clinical candidates. So there's the very real risk that current shareholders could be wiped out altogether.

Is Geron worth the risk?

The bottom line is that investors should probably pass on this name in 2020. Imetelstat is two and a half years away from producing a top-line data readout in MDS. Meanwhile, Geron will have to figure out how to pay for its clinical program and avoid any unexpected hiccups along the way. That's simply not a promising setup for potential shareholders in 2020.