Please ensure Javascript is enabled for purposes of website accessibility
Log In Help Join The Motley Fool
Free Article Join Over 1 Million Premium Members And Get More In-Depth Stock Guidance and Research
By Daniel Foelber - Jan 22, 2020 at 11:35AM

MAX delays and slowing growth could mean more turbulence ahead.

American Airlines (AAL -2.92%) beat the S&P 500 last decade, rising 271% ahead of 188% for the index. Recently, however, investors have little to smile about, as American was the worst-performing major U.S. airline in the second half of the 2010s. Is there any hope for American Airlines, or should investors look for another opportunity? 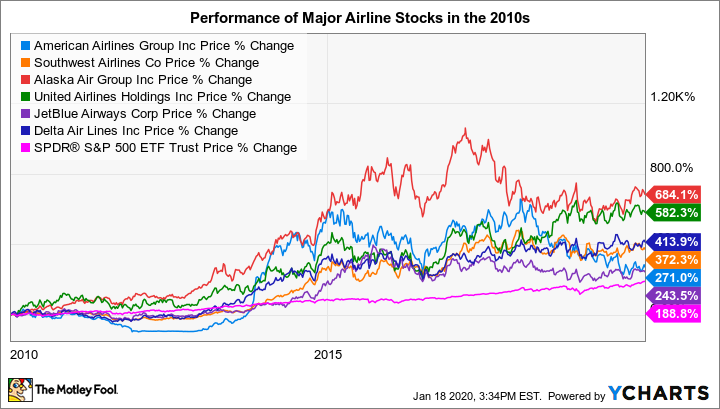 Airlines are cyclical, capital-intensive businesses that used to be seen as poor investments given their exposure to fuel prices, safety risks, and geopolitics. That negative sentiment has changed in the United States, and for good reason; oil has been cheap for years. 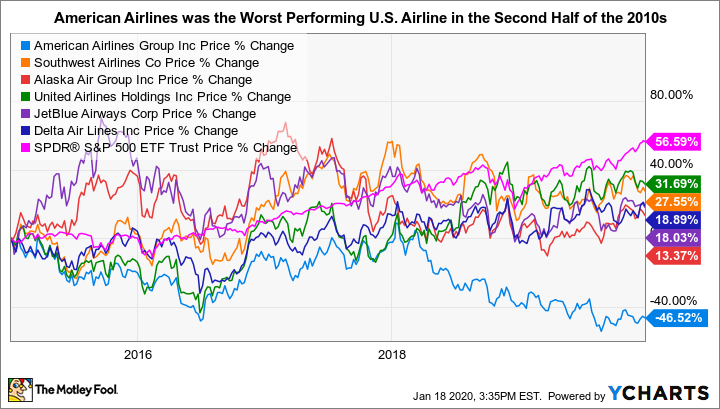 With greater oil production comes more stability with jet fuel prices. Jet fuel can make or break an airline's bottom line, and in fact, it was a spike in prices that led to the downfall and eventual bankruptcy of Delta Air Lines (DAL -1.53%) in 2005 and American Airlines Group in 2011.

According to Forbes, the airline industry lost over $52 billion between 1977 and 2009. An economic slowdown, high jet fuel prices, and wavering demand pushed airlines to consolidate, a strategy that proved effective as airlines improved their capital structure and ability to pay obligations. Management evolved, analytics became more powerful, and an intense focus on measuring and improving the total revenue per available seat mile, known as TRASM, held management accountable and gave investors a more concrete way to evaluate the newly restructured airline industry.

Like Southwest and United Airlines, American is negatively impacted by the ongoing groundings of Boeing (BA -5.07%) 737 MAX planes. In its third-quarter 2019 press release, the company states: "we know that our results should have been better. Our third quarter was impacted by the continued grounding of the Boeing 737 MAX and the operational challenges resulting from ongoing labor contract negotiations." 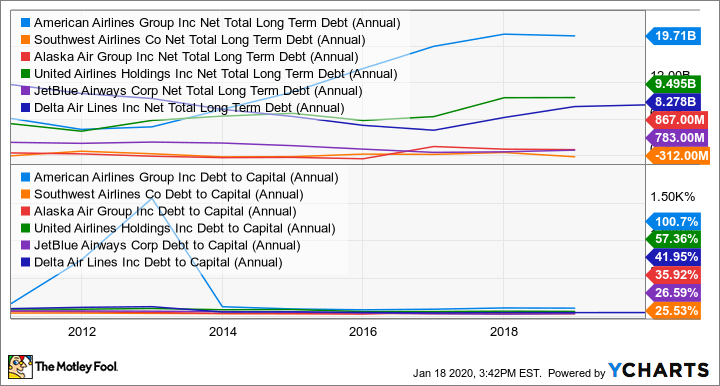 Even worse than Southwest and United is American's net total long-term debt, which has ballooned to nearly $20 billion. In fact, American Airlines has more net long-term debt than the other five major U.S. airlines combined. Also concerning is American's debt to capital (D/C) ratio, which is the highest of the group and now exceeds 100%, meaning the company is highly leveraged and prone to using debt financing over equity financing.

Earnings aren't much better. Although American was able to grow net income more than 15% year over year in Q3 2019,  these results pale in comparison to Delta's 29% or United's 31% increase. Both Delta and United expect growth to slow in the coming quarters, and American is no different.

Riding on its 12th consecutive quarter of total revenue per available seat mile (TRASM) growth, American originally  expected fourth-quarter TRASM to grow 0% to 2% year over year, but then lowered  that guidance on Jan. 13 to 0% to 1%. Little to no TRASM growth in American's fourth-quarter 2019 results, comparably weaker overall 2019 growth results, large net long-term debt, and a D/C ratio exceeding 100% tally up to be some pretty serious headwinds for a stock that has been on a downward trajectory for years now. 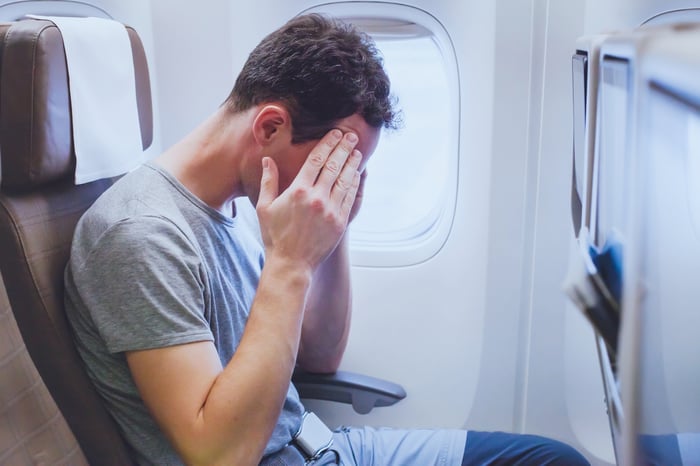 In terms of value, American now has the lowest P/E ratio of major U.S. airlines at 8.0, less than a third of the market average. Although American is in value stock territory since its price decline over the last three years has outpaced the decline in earnings, it doesn't appear to have a clear advantage compared to its competitors in quality of service or quality of financial health. The company's 1.4% dividend yield is adequate for an airline but out of range to make American a true dividend stock.

Despite a changing sentiment toward airline stocks, American Airlines has underperformed both the market and its peers over the past five years. Going forward, slowing growth and high debt make American comparatively unattractive. A low valuation and hopes of a turnaround are two of the only things American has going for it at this time.

The company's Q4 2019 earnings announcement on Jan. 23 is a big deal. Investors should look to see how American forecasts 2020 based on the ongoing MAX delays. Another key element to watch is TRASM to see if year-over-year growth does indeed slow to 0% to 1%. If it comes in flat, it will break American's 12-quarter streak of TRASM growth and likely could lead to more headache ahead for shareholders. With a nice selection of solid U.S. airline stocks out there, investors are probably better off with Southwest Airlines or Delta Air Lines until American can prove it's on the upswing.