Boeing (NYSE:BA) found itself in the spotlight for all the wrong reasons in 2019. Boeing 737 MAX jets were grounded the same day Ethiopian Airlines Flight 302, a Boeing 737 MAX 8 aircraft, crashed and killed all 157 people aboard. Boeing is often regarded as one of the most respected and advanced American industrial and defense stocks, making up the largest percentage of any company in the price-weighted Dow Jones Industrial Average index. Boeing enters the new decade amid scandal and underperformance in 2019. Is it possible for long-term investors to look past Boeing's many current headwinds amid the recent sell-off, or is Boeing stock too opaque to be considered a buy? 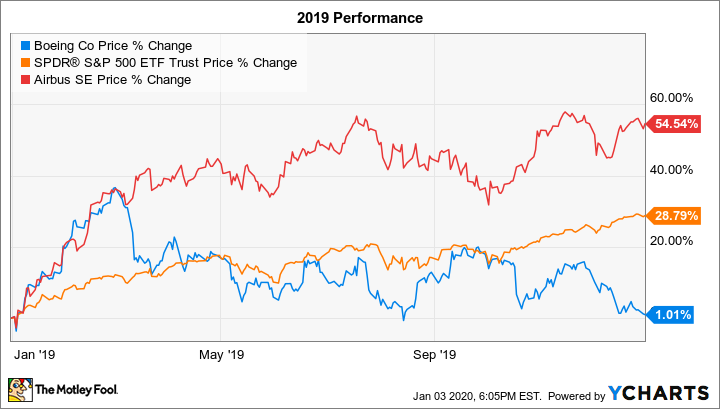 Looking at the events from the below table, it's no surprise why Boeing stock underperformed the S&P 500 in 2019. Major airlines such as Southwest Airlines (NYSE:LUV), American Airlines (NASDAQ:AAL), and United Airlines (NASDAQ:UAL) are all struggling to adjust their fleets and flights to the MAX delays.

For Boeing, the late December news to suspend production and appoint a new CEO was the nail in the coffin for a disastrous 2019. Even though Boeing has severed some goodwill, not to mention some of its reputation, there is little airlines can do about it.

The power of a backlog

Both Boeing and its rival, Airbus (OTC:EADSY), have massive backlogs in plane production. Boeing has a total commercial airplane backlog of 5,488 planes, 4,406 of which are 737 aircraft. As of Sept. 30, 2019, Boeing produced 32 class 737s per month and plans to up its production to 57 class 737s by late 2020. "As of Oct. 31, 2019, Airbus' backlog was 7,471 jets," according to Forecast International, noting that "88% were A220 and A320 ceo/neo Family narrowbodies." Since Boeing and Airbus have essentially a duopoly on the commercial jet market, customers have little alternative but to simply wait in line for planes to be produced, or in the case of the Boeing MAX, for regulatory bodies to reinstate the jet into service.

High demand and customers waiting with cash in hand has historically been one of the main reasons why Boeing stock is attractive. Over the past five years, Boeing has typically traded at a P/E ratio of 15-25, garnering a slightly premium valuation to the market average given its legacy and robust portfolio. Although Boeing delivered hundreds fewer aircraft in 2019 than in 2018, the company was able to grow revenue and operating margins for its defense, space, and security division, as well as its global services division, citing a backlog of $62 billion and $21 billion, respectively, as of the third quarter of 2019. 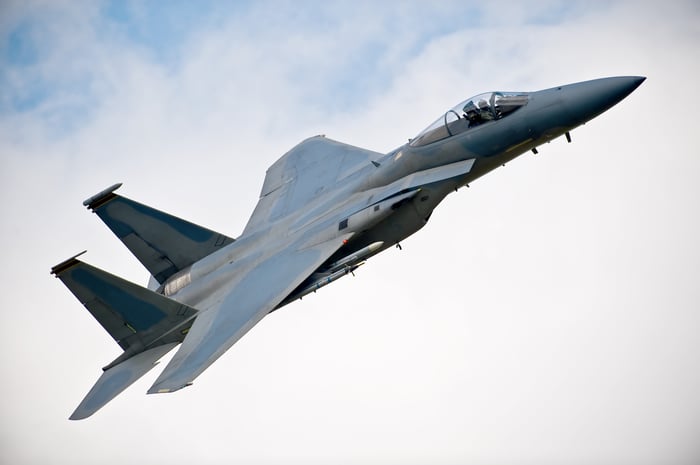 There's no denying that Boeing stock is a tough pill to swallow in the near term, especially given fierce competition from Airbus. The 737 MAX has already cost Boeing billions of dollars and will continue to severely affect the company's profitability until the planes can be sold and flown. That said, Boeing is riding the tailwinds of a global rise in air travel, particularly out of developing countries in Southeast Asia and China. As hard as it is to advocate buying Boeing stock now, it may be even harder to argue how the stock couldn't do well over the long term.

If Boeing can get 737 MAX planes out of parking lots and into the hands of customers, the stock would look attractive at the current price. Based on 2018 earnings of $17.85, the stock would have a P/E ratio of 18.5, give or take. Pair that with a dividend yield of 2.5%, and Boeing would find itself hovering around both value stock and dividend stock territory. 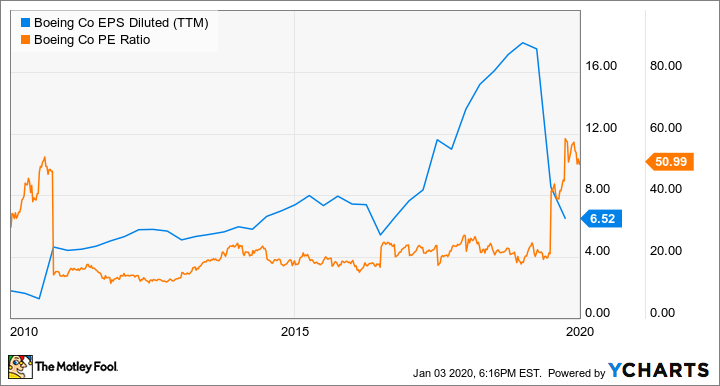 A strategy to consider

In my opinion, the classic Foolish principle of buying in thirds applies well to Boeing at this time. The first step would be to determine what a full position of the company would look like in your portfolio, and then consider buying a third now, another third when domestic and international regulations approve the 737 MAX back into service, and then the final third whenever you're ready. It's a good strategy for when a stock comes down in price but you're hesitant to jump in all at once.