Please ensure Javascript is enabled for purposes of website accessibility
Log In Help Join The Motley Fool
Free Article Join Over 1 Million Premium Members And Get More In-Depth Stock Guidance and Research
By Evan Niu, CFA - Jan 24, 2020 at 8:00AM

That includes users of all the tiers that Amazon offers.

For a company known for keeping key metrics close to the chest, Amazon.com (AMZN 3.66%) surprised investors this week by disclosing how many Amazon Music subscribers it has. The last vague disclosure was when the company said in 2018 that it had "tens of millions" of paid subscriptions. The company has now confirmed that it has over 55 million customers worldwide, Amazon's first official customer disclosure for its music streaming business.

Let's put that figure into perspective. 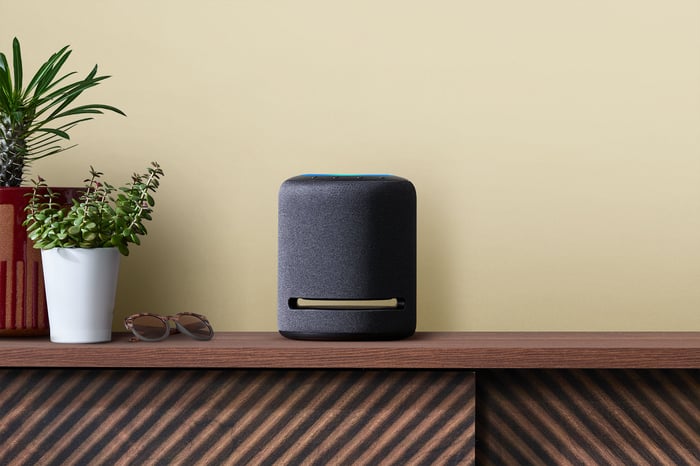 Amazon has a music plan for everyone

"We're proud to reach this incredible milestone and are overwhelmed by our customers' response to Amazon Music," VP of Amazon Music Steve Boom said in a statement. "Our strategy is unique and, like everything we do at Amazon, starts with our customers."

However, there's a pretty important caveat: Amazon's metric includes all users of all tiers, not just paid subscribers. The tech giant offers more tiers of service than rivals, including an ad-supported version and a bare-bones service (2 million songs) that is included for free with Prime membership. Amazon introduced a high-fidelity Amazon Music HD service late last year, which leverages the high-end Echo Studio that delivers high-fidelity audio. Amazon even offers an affordable single device plan for just $4 per month, which can only be accessed on a single Fire TV or Echo device.

In other words, Amazon Music's 55 million customers can most appropriately be compared to Spotify's monthly active users (MAUs), of which there are 248 million. Spotify has 141 million ad-supported MAUs using the free tier, which means there are about 6 million inactive premium subscribers. (Apple Music does not have a free, ad-supported tier.)

Amazon is clearly interested in growing its music streaming business (and advertising revenue). The company is undoubtedly making progress, but, as is often the case, Amazon's disclosure raises more questions than it answers.