Antitrust regulators prompt the sale of high-quality assets that don't normally make it onto the market.

British defense contractor BAE Systems (BAES.Y 0.79%) isn't yet a household name in the U.S., but not for lack of trying. The company is making a major move to increase its presence stateside, announcing plans to spend $2.2 billion to acquire two businesses from merger partners Raytheon (RTN) and United Technologies (RTX -0.64%).

The businesses to be acquired include the global positioning system (GPS) United Technologies acquired as part of its 2018 deal for Rockwell Collins, which designs and produces GPS products including anti-jamming and anti-spoofing devices with an installed base of over 1.5 million devices on about 280 platforms. BAE will also buy Raytheon's airborne tactical radios (ATR) unit, which develops secure communications products installed on a broad range of military airborne platforms.

BAE is paying $1.925 billion for the United Technologies business and $275 million for Raytheon ATR. 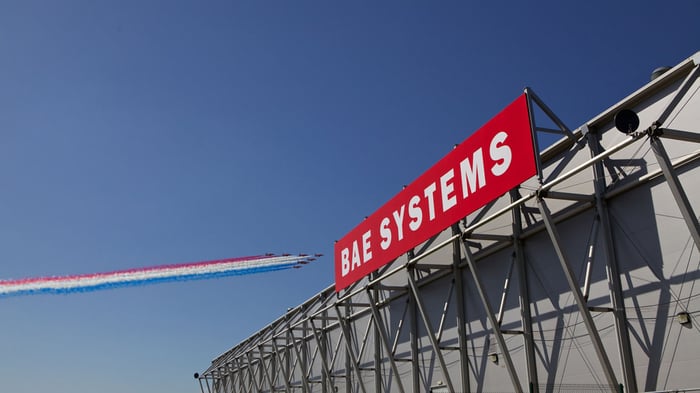 The purchases are conditioned on Raytheon completing its megamerger with the aerospace arm of United Technologies, as well as BAE securing regulatory approval to buy the businesses. That's normally no easy feat for an international buyer, but BAE is not a typical international defense contractor.

The businesses to be sold are not the type of assets that usually end up on the market, as cryptographic tech and anti-jamming radios tend to be high-value to military customers and should generate strong growth as the Pentagon and its NATO allies try to stay ahead of electronic espionage efforts.

BAE CEO Charles Woodburn in a statement noted that the units are focused on "areas of highest priority defence spending," with estimated revenue compound annual growth rates above 10% in the coming years.

"These proposed acquisitions present a unique opportunity to add high quality, technology focused businesses to our electronic systems sector," Woodburn said in a statement. "It's rare that two businesses of this quality, with such strong growth prospects and close fit to our portfolio, become available."

BAE's electronic systems division, where the new acquisitions will be housed, is already among the company's most profitable. The unit in 2018 reported an operating profit of $788 million on sales of $5.29 billion, generating operating cash flow of $768 million.

The deal also advances BAE's long-running goal to expand its presence in the world's largest defense market. BAE for years has had what industry watchers term a "special relationship" with the U.S., borrowing a term coined by Winston Churchill. The company is organized in a way that gives its U.S. arm considerable freedom and a U.S. board of directors, allowing it to bid on sensitive Pentagon programs that are typically off-limits to foreign-based contractors. 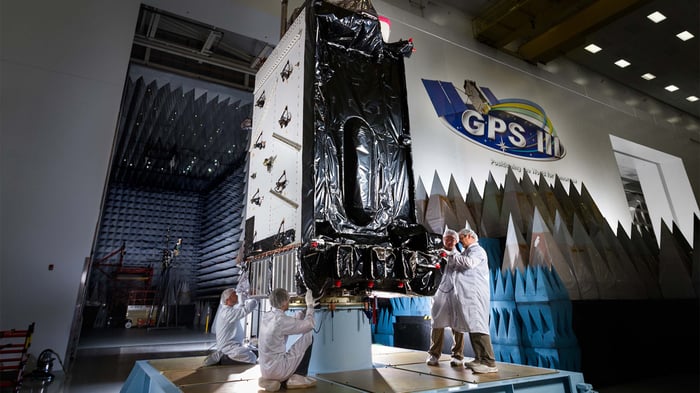 UTC and Raytheon are being pragmatic

So why are United Technologies and Raytheon selling these assets? Short answer is, they have to.

These are businesses that were likely to attract the scrutiny of antitrust regulators, as they operate in some of the few areas where the two merger partners overlap. The businesses, though profitable and fast-growing, represent less than 1% of the planned combination's pro forma revenue, and the benefits of the merger should easily outweigh the loss of a couple of units.

The deal is likely bittersweet from a seller's perspective, but at least they are getting full value. BAE is paying 15 times expected 2020 EBITDA (earnings before interest, taxes, depreciation, and amortization) for the units, a premium to Raytheon's 14 times enterprise value-to-EBITDA multiple and United Technologies' 12.7 times multiple.

The cash proceeds should be earmarked for debt reduction and could bring down the combination's initial debt balance by upwards of 8% to 10%, helping to assure investors by lessening one of the concerns expressed over the planned merger. The merged company is expected to start with upwards of $26 billion in net debt, significantly more than Raytheon's current $2 billion debt load, and analysts are going to be anxious to see how well the combined Raytheon Technologies can manage that burden.

The planned combination of United Technologies and Raytheon is one of the largest deals involving a defense prime contractor we've seen in the last 20 years, and figured to send ripples through the defense industry. BAE's opportunistic acquisition is one such ripple.

BAE is steadily building a formidable U.S. rival to defense electronics powers including Raytheon, L3 Harris, Northrop Grumman, and Lockheed Martin. This is a $100-billion-plus global market that is growing and has room for numerous winners. For defense investors looking for global exposure and an emphasis on communications and electronics, it's worth keeping BAE Systems on the radar.