Please ensure Javascript is enabled for purposes of website accessibility
Log In Help Join The Motley Fool
Free Article Join Over 1 Million Premium Members And Get More In-Depth Stock Guidance and Research
By Rich Smith - Jan 26, 2020 at 9:13AM

Billions of dollars of merchandise revenue are at stake -- but so is Disney's reputation.

Visit Etsy (ETSY -3.55%) today and search for "popular toys," and I bet you'll find something strange.

Time and again, you'll see a small green figure, sporting long ears and big black eyes, pop up among the search results. Sometimes he'll be referred to obliquely as a "popular hero." Other times, sellers will call him a "baby alien doll." Still others say "baby alien amigurumi." Only very rarely, though, will a seller be brave enough to call the item what it clearly is: 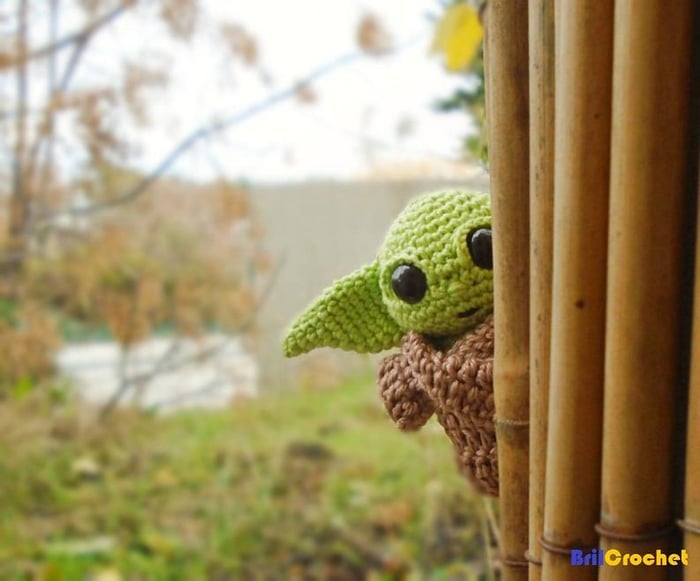 Disney wished upon a star

When Walt Disney (DIS -1.20%) turned on its Disney+ streaming service back in November, "Baby Yoda" instantly became a star.

Granted, Disney officially refers to Baby Yoda as "the child" -- the ward of the title character of Disney's streaming hit The Mandalorian, himself a laconic, armor-plated bounty hunter harking back to Star Wars' Boba Fett. But the "great disturbance" we all felt in the Force on November 12 wasn't caused by Mando.

No, those millions of voices suddenly crying out in adoration were responding to the Child -- when that space crib opened up to reveal Baby Yoda.

It's a merchandising miracle!

Within a month, The Mandalorian had become the hottest streaming show on the planet, and Disney was rushing to stash its online store with toys, apparel, and accessories to capitalize on the character's sudden popularity. The problem was that this happened too late for most shoppers to buy Baby Yoda merchandise in time for Christmas stocking-stuffing season.

Over at Disney licensee Hasbro (HAS -0.10%), the toy manufacturer was likewise caught flatfooted. Although pre-orders of merchandise began flowing in almost immediately, Hasbro won't be able to begin shipping merchandise before May 2020 -- too late for last Christmas, and perhaps too early for next!

To fill the void, Etsy sellers have jumped into this market. Across the home-made goods website, opportunistic sellers have taken to hawking everything from printed Baby Yoda stickers to crocheted Baby Yoda keychain ornaments. And yet, it seems Disney doesn't appreciate these third party sellers horning in on its nascent merchandising bonanza.

As The Verge reports this week, Disney has begun issuing "takedown notices" to Etsy, demanding that the site remove listings for unauthorized Baby Yoda merchandise. In turn, Etsy is pulling listings and contacting sellers to advise them that their use of such language as "Star Wars," "Mandalorian," and specifically "Yoda" are verboten.

The legal onslaught is apparently disrupting not just ongoing sales (forcing sellers to disguise their listings behind the above-mentioned ambiguous "hero" and "alien" titles), but delaying shipments of Baby Yoda merch that's already sold (because the items ordered no longer have the same names as the items relisted under new descriptions).

What it means for Etsy investors ...

This is an obvious bummer for shoppers -- and for Etsy shareholders as well. According to The Verge, these listings were "extremely popular," with individual Etsy sellers racking up hundreds of "views" of their Baby Yoda merch daily. And those Baby Yoda sales apparently had a beneficial knock-on effect. Some of the shoppers, initially attracted to the website in search of otherwise unobtainable Baby Yoda merchandise, stuck around to do even more shopping on the site, once discovering what was there.

Now the sales bonanza is at an end. Under the more ambiguous names "hero" and "alien," Etsy sellers report that the exact same products are now attracting fewer than a dozen views daily.

At the same time, Disney and Hasbro may be disappointed to learn that some shoppers may not like the official merchandise once it becomes available. Many of the Baby Yoda toys for sale on Etsy were "better-looking ones than what Disney would offer" as officially licensed products, reports The Verge.

... and what it means for Disney

And that's a shame. I mean, I understand why Disney was upset with Etsy. Licensed sales of Disney-branded merchandise bring in $4.6 billion in annual revenue for the consumer products behemoth, and at superb 40% operating profit margins (according to data from S&P Global Market Intelligence). Disney certainly doesn't want to miss out on that kind of loot.

Still, it seems to me that Disney is making a mistake here. If the company wants to make its new Disney+ streaming service popular, and grow its subscriber numbers as fast as possible, then Disney should be encouraging enthusiasm around the highest profile character on Disney+ -- not stomping on it. Rather than machine-gun out cease and desist letters to its most enterprising fans, Disney should thank them for their enthusiasm, and offer to share in the profits through non-exclusive licensing arrangements.

That's the way to grow the business best -- and ensure that Disney's lawyers are seen not as bullies, but "as guardians of peace and justice in the [new] republic."