Please ensure Javascript is enabled for purposes of website accessibility
Log In Help Join The Motley Fool
Free Article Join Over 1 Million Premium Members And Get More In-Depth Stock Guidance and Research
By Rick Munarriz - Jan 27, 2020 at 10:25AM

The streaming specialist is trading lower this year, but there are a lot of reasons to be hopeful for a turnaround.

Last year will be a hard act to follow for Roku (ROKU 4.72%) investors. Shares of the company behind the fast-growing streaming video platform soared 337% last year, making it one of last year's hottest large-cap stocks.

Roku stock is feeling pretty mortal so far in 2020. The shares are kicking off the new trading week with a nearly 3% year-to-date decline. Developments so far this month have been positive. Roku announced its entry into the Brazilian market last week, and before that it introduced the Roku TV Ready initiative that will make it even easier for third-party consumer electronics companies to play nice with the platform. The stock simply seems to be catching its breath after last year's monstrous sprint, but there will be bigger tests as 2020 plays out. 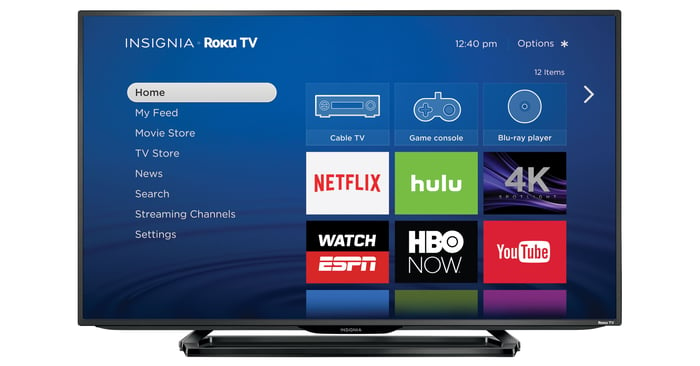 Investors will get their first financial update of 2020 when Roku reports its fourth-quarter results in two weeks. The Feb. 13 report should be another strong outing for the market darling. Momentum has been building for the platform, and there were at least two major new premium streaming services launched during the fourth quarter. It's not just millennials cutting the cord these days, and it was by most accounts a very Roku holiday shopping season.

Roku had a head of steam heading into the final quarter of last year. There were 32.3 million active accounts on the free-to-use platform at the end of September, a 36% increase from where it was a year earlier. Overall usage has soared 68% in the that time, so obviously engagement is only getting stronger. Roku relies on ad revenue and signup referral royalties to fuel its high-margin platform revenue, so the climate couldn't be better.

There is nothing that has happened this young year to make investors think that the tailwinds have become headwinds here. Even general market news with negative implications -- like investors getting jittery about the growing scope of the Wuhan coronavirus that is now starting to nab confirmed cases outside of China -- is a positive for Roku's fundamentals. If folks are afraid to go out, they're probably going to spend even more time indoors streaming video entertainment.

Competitive challenges have always been out there, but most of the Roku rivals are tech giants and now cable behemoths with self-serving agendas. Roku continues to be the platform of choice for smart TV manufacturers given its agnostic ways and access to thousands of third-party streaming apps. The only real hurdle for Roku to clear in 2020 is the valuation threat. The stock isn't cheap by any measuring stick. Roku commands an enterprise value that is a lofty 15 times its trailing revenue, and there's no earnings multiple to figure out here since profitability isn't expected until next year.

However, Wall Street now gets why Roku deserves to trade at a healthy premium to the market. The same market that valued Roku as a low-margin hardware company a year ago has no choice but to accept that this is a more dynamic company now generating the lion's share of its revenue from its booming platform. If investors start to get concerned about respiratory viruses swirling about or a general economic turndown, Roku is better prepared for a recession than most of its exchange-traded peers. Roku was built for 2020, even if this year's stock chart hasn't gotten the memo just yet.