Positive data from a recent study on its lead compound signifies a turning point for the company and could provide further value for investors.

Cancer drug company Forty Seven's (FTSV) stock price continues to climb higher following the December release of positive data from a Phase 1 clinical trial involving its lead cancer immunotherapy compound, magrolimab. The stock is up more than 200% since early last month. These early results indicate a turning point for the company: They show the promise of a potential treatment for patients living with myelodysplastic syndrome (MDS), and they mark a path to further value for investors. 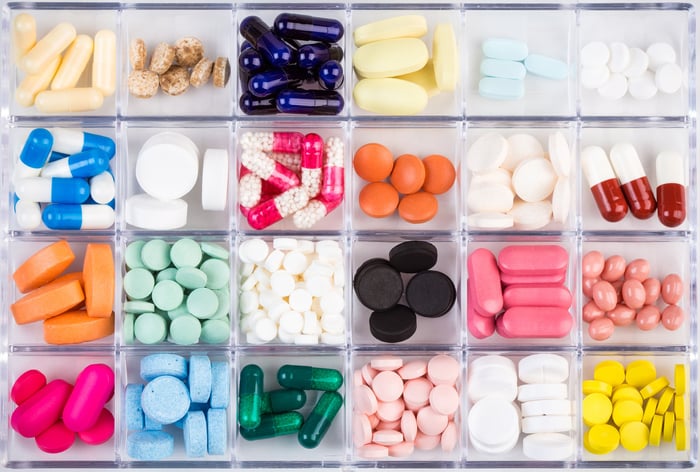 A novel approach to oncology

Founded by leading scientists from Stanford University, Forty Seven has a unique approach to defeating cancer; its treatments activate the first responders of the body's immune system to attack and destroy cancer cells. This approach marks an emerging field in the oncology space, with much research targeting a kind of protein called CD47, which is found on the surface of many cells in the body.

CD47 provides a signal that cancer cells seize upon to allow them to evade first responders and avoid elimination from the body. Magrolimab is an antibody that works by blocking the signal from CD47, so the body's innate immune system can recognize -- and defeat -- the cancer. Currently, this compound is being investigated at multiple phases of drug development, with Phase 1 and Phase 2 clinical trials under way for various cancers including acute myeloid leukemia (AML), colorectal cancer, non-Hodgkin's lymphoma, and ovarian cancer.

This compound has been granted a "fast track" designation by the U.S. Food and Drug Administration (FDA) to expedite the treatment of patients with higher-risk MDS and AML. This designation allows development to take place faster and lets the approved product enter the market more quickly. This is an exciting prospect for investors, as it gives the company a longer period of patent protection as well as a continued revenue stream.

This is great news for investors; over the long term, an "orphan" drug can provide a significant source of profit thanks to a lack of competitors and the market exclusivity that comes from longer patent protection, and they can make a company attractive as an acquisition target for larger players with patent expirations looming.

Investing in the oncology space can mean facing a daunting array of figures and data. When it comes to clinical trial results for cancer drugs, one of the most important metrics to note is the overall response rate (ORR) for the compound or drug of interest. The ORR demonstrates the efficacy of a treatment by measuring the number of patients who respond to it throughout the course of the study. It takes the sum of the patients with complete responses (CRs, or patients who maintain no evidence of tumor over a specific time period) and those with partial responses (PRs, or patients who have a decrease in tumor size over that time period). Any improvement in ORR over the course of the clinical trial offers proof that the drug is working.

In Forty Seven's case, when magrolimab was tested on patients with MDS, the trial data showed an ORR of 92%, with the CR rate reaching 50%. In AML patients, the ORR was 64% with a CR rate of 41%. While there is still other information to be determined (such as overall survival rate and duration of response, neither of which these studies tested), these early results are impressive. In fact, after they were announced, Forty Seven was able to raise about $195.6 million via a common stock offering, a sign of strength for shareholders that may allow the company to fund operations to further their pipeline and provide future value to its patients and investors.

What to look for over time

As long-term investors, Fools will want to keep an eye on some upcoming catalysts and milestones in evaluating the company's performance.

One key event just passed, when researchers presented clinical data regarding patients with colorectal and ovarian cancer at an American Society of Clinical Oncology symposium on gastrointestinal oncology in late January. A similar presentation regarding clinical immuno-oncology is due in early February. The results should help the company develop its next steps toward treating solid tumors.

Meanwhile, by the second quarter of this year, a Phase III clinical trial should be ready to begin evaluating magrolimab in combination with a chemotherapy called azacitdine (compared with azacitdine alone). Updated data from the ongoing successful Phase 1b trial on higher-risk MDS patients is also expected closer to the middle of the year. In addition, the company will begin trials using magrolimab to treat diffuse large B-cell lymphoma; that initial data should be ready by Q4.

Investors will need to consider all the risks involved before investing in biotech stocks such as Forty Seven. Not every milestone is guaranteed to be met. That said, Forty Seven currently has first-mover advantage against its competition -- perhaps most notably Trillium Therapeutics (TRIL), a potential competitor to Forty Seven with a different approach to targeting CD47.

Forty Seven is developing a broad pipeline of programs targeting a specific CD47 pathway as a way to engage the immune system's "first responders." And it's working on other treatments -- including an antibody to treat solid tumors and an antibody using human stem-cell transplantation to treat leukemia, melanoma, and gastrointestinal stroma tumors. In the nearer term, developments around magrolimab will be what move the stock price, but Forty Seven is built for success beyond that.

Forty Seven's CEO, Mark McCamish, has expressed his confidence in the company's financials, noting that it has sufficient resources to advance its pipeline; its cash on hand of $329.1 million as of Dec. 31 is expected to be enough to fund operations until the first quarter of 2022.

The company has licenses for about 187 patents worldwide, with magrolimab and another product (FSI-189) under patent protection until 2034. Its revenue in the third quarter of 2019 came from licensing agreements regarding its intellectual property. Early-stage biotechnology companies are difficult to evaluate using traditional metrics such as the price-to-earnings ratio, so investors should keep their risk tolerance firmly in mind.

As Forty Seven's stock continues its climb, investors interested in biotech will want to give it some attention. The company's novel approach to treating cancer, its early positive clinical data, and McCamish's confidence in its upcoming trials all provide a strong case that its growth may not be over yet. While the stock has moved sharply higher, there is still an opportunity for risk-aware investors to find a profit here.

1 Safe-Haven Stock for the Near Term